Smartphones that are designed with keeping gaming front and center as their USP do not often come with an affordable price tag. And for good reason– these smartphones have to be ladened with high-end processors and significant amounts of RAM to justify their “gaming smartphone” title and to run high-end games that require a lot of processing power every second, besides having high-end displays and sound, as well as the ability to stay cool (literally) when all those are running. So, the news that a proper gaming smartphone – a high-end one, no less – is available for under Rs 25,000 might sound like high fantasy. Well, it is true. It is a phone with powerful specs, dedicated gaming modes, and a design that can easily stand out in this very regular looking “glass-plastic” back world! 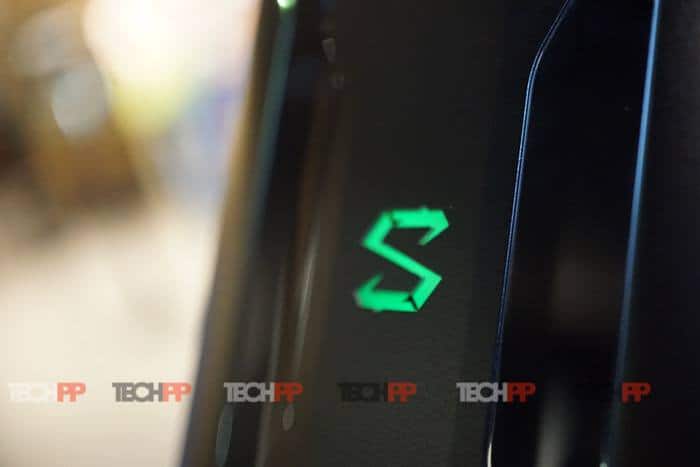 The Black Shark 2 was launched last year (almost exactly a year ago) in India at a price tag of Rs. 39,990. The smartphone featured the most powerful Qualcomm Snapdragon processor at the time, Snapdragon 855, and came with 6 GB/ 128 GB and going up to 12 GB/ 256 GB. But with that starting price, the phone did not exactly scream “affordable,” and actually got undercut by devices like the Redmi K20 Pro, the Realme X2 Pro, the OnePlus 7T and even the ASUS ROG phone. It did make us get all poetic about its potential though (read its review in verse here)

One year down the line, it remains as powerful as ever, although there are whispers that the company is not focusing that much on India (the phone has a warranty, relax, and comes with a Flipkart Assured tag). And now is affordable too. The base variant (6 GB/ 128 GB) of the smartphone has received a massive price cut and is now available on Flipkart for Rs. 24,999. And even though it comes with a year-old processor, at this price, we still think it is a steal for anyone looking for a smartphone that can handle high-end gaming.

Yes, we know the Snapdragon 855 is not a top of the line chipset at the time of writing but that does not take away its processing power one bit. Paired with 6 GB RAM, it is more than capable of handling most of the high-end games that can run on a smartphone, from PUB-G to Call of Duty, and at top settings too. As it is a smartphone dedicated to gaming, there are a number of features aimed at amping up your gaming experience. It has a “Shark Space” which is a dedicated gaming mode on the phone that optimizes your experience and even has a button of its own. This space has all the games that you have on your phone and acts as a launcher. Once launched, it blocks other networks and notification interruption, giving you a smooth, uninterrupted gaming platform.

It also has a Game Dock which offers you information about the display, audio, touch amongst others in the gaming mode. The phone also has five different performance levels, each one adding more muscle to your gaming episode. And to run all of those high-end games without getting too hot-headed, the phone also comes with Liquid Cooling 3.0 which keeps high temperatures at bay, no matter how much you push the phone.

A damn powerful phone too

That’s just the gaming part, though. There is more to the Black Shark 2 than just gaming (check our review at https://techpp.com/2019/07/11/black-shark-2-review/ again). The other specs are impressive too, especially at this price point. The phone sports a 6.39 inch full HD+ AMOLED display. It might not be paired with a notch but definitely comes with thinner bezels. And because it is a gaming phone, we do not think you will miss the notch that much anyway. It misses out on having the latest feature crush of the industry, “90 HZ refresh rate” but still remains pretty good in terms of swift response and color reproduction, and has an in-display fingerprint scanner. 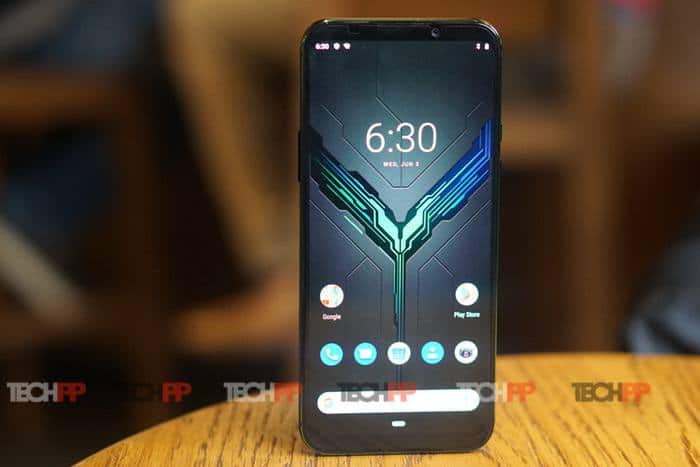 In the camera department, it brings a dual-camera setup on the back consisting of a 48-megapixel main wide-angle camera (a Sony IMX 586, the same as on the OnePlus 8) with f/1.8 aperture and a 12-megapixel telephoto sensor with f/2.2 aperture and 2x optical zoom. On the front, it carries a 20-megapixel selfie camera with f/2.0 aperture. And unlike on some other gaming phones, those cameras actually take some very decent shots. The device runs on Android 9.0 out of the box topped with Joy UI 11 which has not been upgraded to Android 10 yet. A 4,000 mAH battery lies under the hood of the Black Shark 2 which comes with support for 27W fast charging. The device misses out on a 3.5 mm audio jack, but sports stereo speakers.

All of this topped with those really edgy and out of the box looks (that do not make it look bulky either) make the Black Shark 2 right now a bargain. By the way, we need to stress that this heavy discount is meanly on the 6 GB/ 128 GB variant – the 12 GB / 256 GB one is a 42,999, which is lower than the Rs 49,999 it was launched at but is very much in the range of the likes of the OnePlus 8, the iQOO 3 and even the iPhone SE.

Most affordable Snapdragon 855 out there? 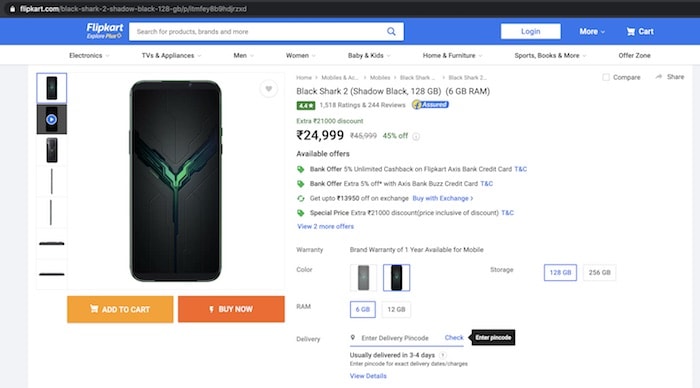 Even with all these features, specs, and most importantly price, Black Shark 2 has some competition to deal with. The budget flagship segment has the likes of the Redmi K20 Pro, which is also powered by a Snapdragon 855 processor and has a triple camera setup on the back and a pop-up camera on the front comes for Rs 26,999. Then there is the Realme X2 Pro which comes with the Snapdragon 855+ and a triple camera setup on the black, a slightly bigger Super AMOLED display, and 90 HZ refresh rate, and is available for Rs 29,999. But not only are these two devices slightly higher priced than the Back Shark 2, but neither is really as gaming-centric as the Black Shark is.

Actually, at Rs 24,999, we think the Black Shark 2 might even be the most affordable Snapdragon 855 device in the Indian market. So if you are looking for a gaming phone on a budget – or just a powerful phone without spending too much – the Black Shark 2 should be very much on your radar. Mind you, the deal might not stay this sweet for long!

Note: This offer was available at the time this article was published. It might have been altered or withdrawn since then.