Initially rumored to be announced at this year’s Google I/O, which had to be canceled due to the coronavirus pandemic, the launch of the Pixel 4a has been undetermined for the longest time and subject to umpteen number of announcement dates. Until a few days back, when Google officially teased the launch of the much-awaited Pixel 4a, and today, it finally took wraps off the same. The Google Pixel 4a is a follow-up to the Pixel 3a and more like an affordable version of the Pixel 4, launched last year. Let’s have a closer look at what the latest offering from Google has to offer. 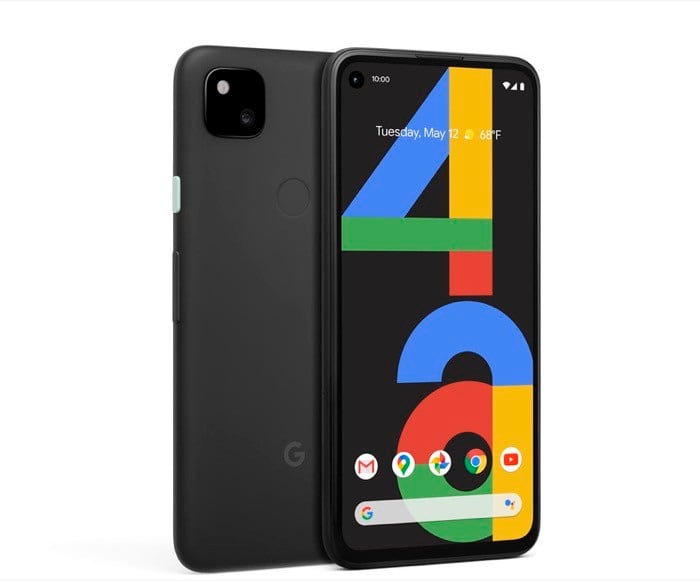 Google Pixel 4a: Design and Display

In terms of design, the Pixel 4a comes with a polycarbonate body on the rear with a square-shaped camera module to hold the rear camera and a fingerprint scanner for authentication. The device comes in only one color option: Just Black.

Moving to the front, the 4a features a 5.81-inch display that stretches edge-to-edge to offer an immersive experience and has a cutout — which Google calls, ‘transmissive hole’ — in the center, to house the front-facing camera. The display is an OLED with an FHD+ screen resolution and boasts a pixel density of 443ppi and a 100,000:1 contrast ratio. It comes with support for HDR and offers the always-on display functionality. Moreover, the display has Corning’s Gorilla Glass 3 protection on top, which is pretty old with today’s standards.

At its core, the Google Pixel 4a runs on the Snapdragon 730G chipset, which is an almost year-old SoC from Qualcomm. The 730G is an octa-core chipset built on the 8nm process with maximum clock speeds of up to 2.2GHz. And it features the Adreno 618 GPU for graphics rendering. Besides, there is also Google’s custom Titan M security chip, first seen on the Pixel 3. The Titan M, essentially, adds an extra layer of security to the device and protects personal data of users on the device, while also ensuring security for various other aspects of the device.

To assist the processor, the device comes coupled with 6GB of LPDDR4X RAM and 128GB of onboard storage. It includes a 3140mAh battery for powering the internals with support for 18W fast charging. The device comes with an 18W adapter with USB-PD 2.0.

For connectivity, the Pixel 4a comes with Wi-Fi 802.11a/b/g/n/ac, Bluetooth 5.0 + LE (support for aptX, aptX HD, LDAC, and AAC codecs), and NFC. As for other specifications, the device includes stereo speakers, USB Type-C 3.1, 3.5mm headphone jack, and a rear-mounted fingerprint scanner for authentication.

On the software front, the phone runs on Android 10 and gets the new Google Assistant with Lens and Google Cast support. Moreover, it comes with three months of YouTube Premium and Google One, along with unlimited photo and video storage on Google Photos (not original quality).

Talking about Pixel’s forte — camera — the Pixel 4a sports a single 12.2MP camera on the rear with an f/1.7 aperture, 77° FoV, and support for OIS and EIS. Not to mention, the phone also comes with a bunch of enhancement features such as Live HDR+, Night Sight, dual exposure controls, portrait mode, and super-res zoom. On the front, the device has an 8MP shooter with an f/2.0 aperture and 84° FoV.

Google Pixel 4a: Pricing and Availability

The Pixel 4a is available for pre-order in the US on the Google Store and Google Fi starting today for a price of $349. It will be available to customers on Aug. 20 through the Google Store, BestBuy.com, Amazon, and more, as well as U.S. carriers including Google Fi, U.S. Cellular, and Verizon.

Interestingly, India is not in the list of countries where Google Pixel 4a will first go on sale. Instead, the Pixel 4a will be coming to India sometime in October 2020. While Google didn’t mention the exact reason for the same, it hinted at the supply chain issues for the delay. The India pricing of Pixel 4a should be revealed much closer to the launch. The Flipkart page has gone live.

Update: Google Pixel 4a will go on sale starting October 16th for an introductory launch price of Rs 29,999 (~$410) on Flipkart during the Big Billion Day sale. Later, the price is expected to shoot up to Rs 31,999.

In addition to Pixel 4a, Google has announced that there will be two more phones being launched this fall – Google Pixel 4a (5G) and Google Pixel 5. These are not expected to launch in India but will be made available in the U.S., Canada, the United Kingdom, Ireland, France, Germany, Japan, Taiwan, and Australia. Stay tuned for more details.

Was this article helpful?
YesNo
TechPP is supported by our audience. We may earn affiliate commissions from buying links on this site.
Read Next
20+ Best Google Doodle Games You Should Play [in 2023]
#google #google pixel 4a