At its Architecture Day 2020, earlier this year, Intel offered a preview of its next-gen Tiger Lake processors alongside the Xe graphics. The move came at a time where Intel has been subject to tough competition from its rival AMD and has been seeing companies making a move from Intel to ARM. A year later, today, the chipmaker has officially unveiled its latest offering, the 10th-Gen Tiger Lake processors, which will power the upcoming laptops. 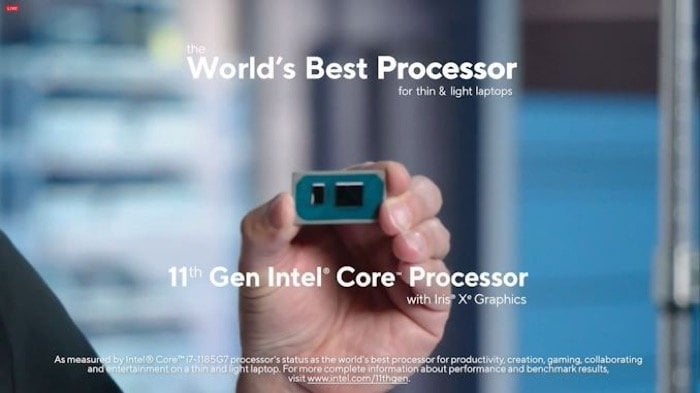 Intel claims its latest entrant to be the ‘World’s Best Processor’ and suggests the same to be the ‘best processor for thin-&-light laptops’. The 11th-gen Tiger Lake lineup is built on a refined 10nm (SuperFin) node and features upgrades to its core architecture. The company suggests that these upgrades offer better speed and performance while consuming low power. To rundown some specifications, the Tiger Lake processors come with dual-core and quad-core variants. The Core i7 offering in the lineup offers a base 3.0GHz frequency, which can be overclocked to 4.8GHz. On the other hand, the Core i3 comes at 1.8GHz of base frequency and 3.9GHz of boost up.

Moving to the graphics, the processor comes with integrated Xe graphics, which promise to deliver up to two times the better graphics performance. To back its claim, the company stacked the Tiger Lake processors against the NVIDIA MX350 GPU, and the benchmarks showed the Intel performing better than its competitor’s offering. Similarly, it also five times better AI performance. As for other specifications, the processors support Thunderbolt 4, USB 4, and Wi-Fi 6. In addition, it also introduces support for PCIe 4.0 interconnect and DDR5 RAM. 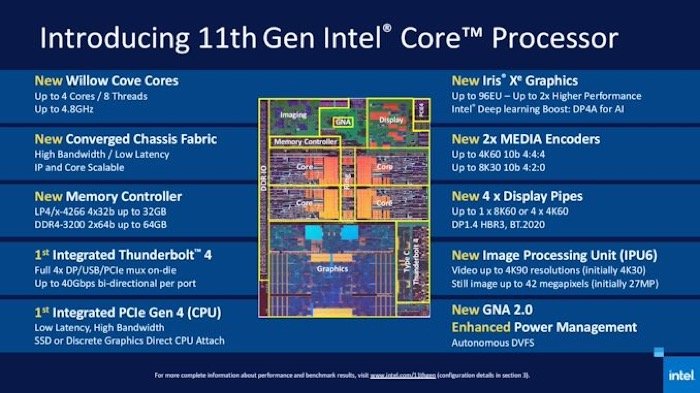 In total, there are nine SKUs, with 4x Core i3, 2x Core i5, and 3x Core i7 offerings. These processors are classified into two classes: UP3 and UP4. On the one hand, the UP3 series processors run between 12-28W while the UP4 has an operating range between 7-15W. Furthermore, of these, the SKUs under each offering differ in terms of graphics, with either Intel Iris Xe or Intel UHD graphics. 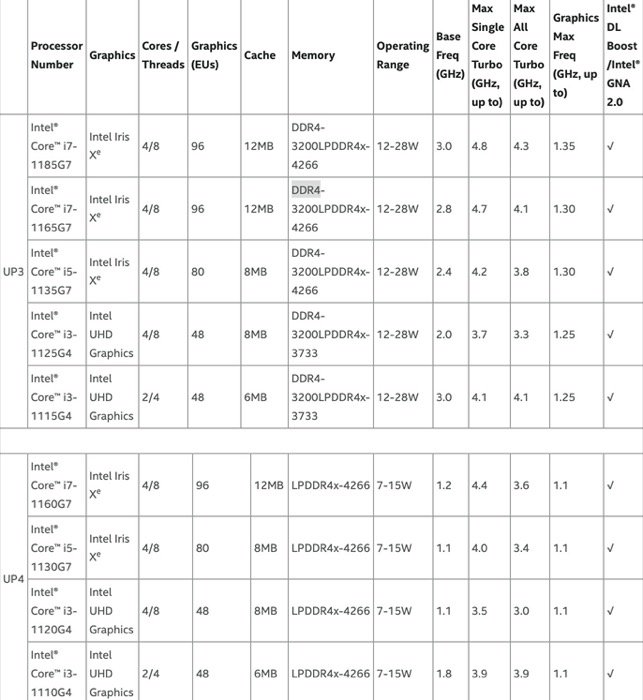 As for availability, at the announcement, Intel showed off a bunch of laptops from the likes of Dell, Lenovo, and HP, and suggested that it is expected to roll out the processors to 50 more laptops by fall this year.

Thunderbolt 4: Rebranded Thunderbolt 3 with a few improvements
Read Next