Much more powerful than Jio Browser

Banning of Chinese apps by the Indian Government sometime back meant that a lot of browsers used by Indian smartphone users on their phones were now gone. The most popular ones being UC Browser and smartphone brand Xiaomi’s default browser on their MIUI interface, Mi Browser. Given that Xiaomi’s smartphones are used by millions of people throughout the country, the banning of the app created a void that needed to be filled. 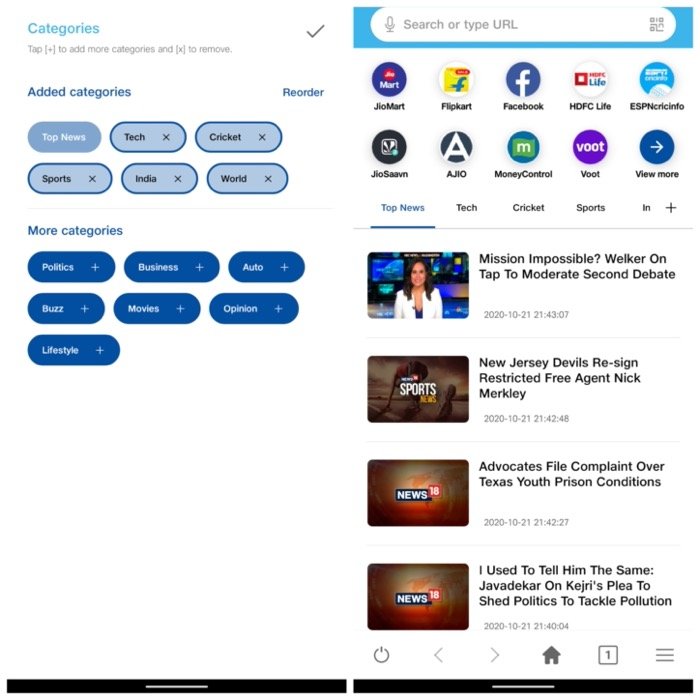 Of course, there was Google Chrome and several other well-known browsers, but the encouragement for the development of Indian homegrown apps and services meant that Jio capitalized on the opportunity and has today launched its own smartphone browser named JioPages. They’re touting it as the Made-in-India browser with a focus on web security and data privacy. In fact, it is the rebranded version of Jio Browser which has been around for a while now but with improved features.

Since some Chinese apps were banned on the grounds of breach of privacy, Jio is emphasizing on the security and privacy aspects of JioPages that let users control how their information is being used. JioPages also reportedly provides superior performance when compared to other smartphone browsers. At the backend, JioPages uses the Chromium Blink engine.

JioPages is designed specifically keeping Indian users in mind and thus has support for multiple Indian languages apart from English including Hindi, Marathi, Tamil, Gujarati, Telugu, Malayalam, Kannada, and Bengali. There are some key features of JioPages that Jio is showing off like a personalized home screen consisting of your favorite and bookmarked websites, the ability to set Google, Bing, MSN, Yahoo, or DuckDuckGo as the default search engine, personalized themes including a light and a dark mode, a customized news feed that learns the user’s preferences, an advanced download manager, a secure incognito mode, and an in-built ad-blocker which we hope you will turn off before visiting us the next time. 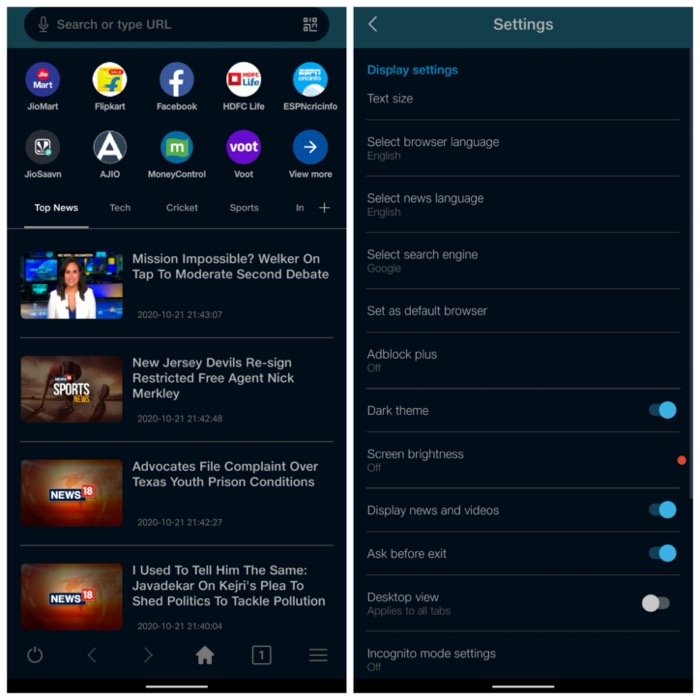 Currently, at the time of launch, JioPages is only available to download on Android smartphones via the Google Play Store. We’re expecting the app to be made available on iOS as well sometime soon. One aspect of third-party browsers in-built on some smartphones is that they are notorious for spamming you with notifications of news updates. JioPages also mentions this as a “feature” but we hope the notifications it sends are relevant and are not annoying.

If you want to try out a new browser because you’re bored of your existing one for whatsoever reason, you can try out JioPages and see how it compares to the established browsers like Chrome, Firefox, and Brave.

Nest Mini with Improved Speaker and Nest Wifi with up to 25%…
Thunderbolt 4: Rebranded Thunderbolt 3 with a few…
Time for Brands to be Honest about Rebranded Products?
Qualcomm announces Snapdragon 750G with 5G connectivity and…
Mi Browser Pro, Xiaomi's Built-in Browser on MIUI Banned by…
Qualcomm Snapdragon 732G with improved CPU, GPU, and AI…