2020 has been far from perfect. Covid-19 has robbed us of the joy of spending time with family and friends. It has caged us almost all throughout the year and has deprived us of physical touch and meetings. And even with the holiday season upon us, we do not see things changing anytime soon. But if there was one thing that we were sure would not get ruined this holiday season, it was Apple’s iconic holiday ad.

Every year around this time, Apple releases an ad that is all things magical. The ad is not your typical advertisement that only exists to amp up sales. The annual holiday ad is more about celebrating the spirit of the holidays than about promoting products. And keeping up with the tradition, Apple has released its holiday ad for this year. It mainly features Apple’s HomePod Mini and its magic.

“The Magic of Mini” is about two and a half minutes long and features rapper, Tierra Whack. The ad begins with Whack exchanging a grumpy look with a very happy looking snowman holiday decoration. She sighs, wraps her scarf around her neck, takes her AirPods Pro out of her pocket, and puts them in her ears. Whack’s “Feel Good” starts playing in the background. Not in a very holiday-mood, Whack keeps walking and keeps wrapping layers of this seemingly unending scarf around her neck. It trails behind her.

She gets home, takes the scarf off (which is now regular sized), removes her coat, and makes her way to another room. She then tells Siri on the HomePod to “turn it way up.” At this, the HomePod changes into a HomePod Mini with a magical poof, and a mini Tierra Whack steps out from behind it. This little version of Whack then starts rapping “Peppers and Onions.” Both, the really tiny Whack and the regular-sized Whack then start jamming and dancing to the song. Towards the end, the HomePod Mini magically poofs (again) into a packaged box. The ad ends with text on the screen that reads, “The Magic of Mini” and an Apple logo that is tweaked to look like a gift wrapped with a bow.

A little short on holiday magic 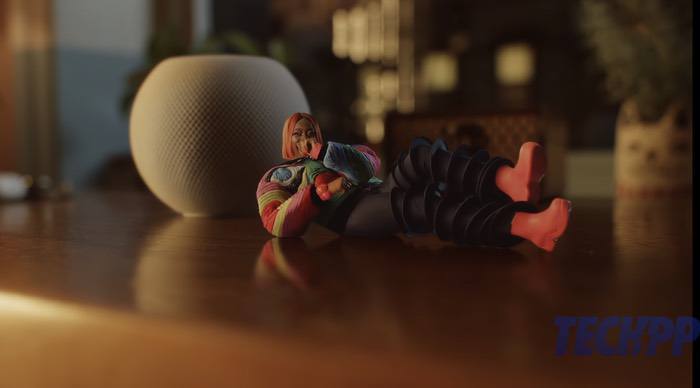 We will be direct: just like the year, Apple’s holiday ad is plain disappointing. The nearly two and half minute long ad is nothing like the holiday ads that we generally expect from Apple. When Apple brings a holiday ad it is assumed that the ad will warm all the places of our souls that have been ice cold all year and will make us all mushy and emotional. If not that, the holiday ad from the brand at least brings a significantly wide smile on one’s face that stays on even moments after the ad is finished. This one sadly did not spark any of those emotions.
We get that Apple has tried to establish that Apple’s HomePod Mini can take your mood from gloomy to upbeat in no time. But where was the magic? The holiday mood?

The only thing that was remotely holiday-ish about this ad was the backdrop which was generously sprinkled with Christmas decorations and fairy lights but other than that, there was nothing that really reminded us that this is indeed the annual holiday ad from Apple. 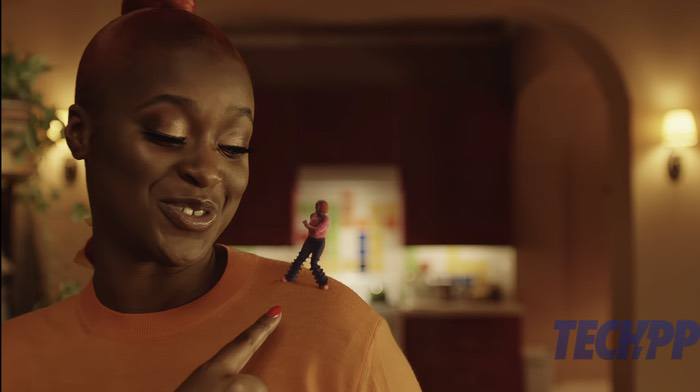 Now, when we say Apple’s Holiday ads bring magic to the table, it does not necessarily mean we expect abracadabra-take-a-bunny-out-of-a-hat kind of magic. It simply means they create something that usually stays and makes you feel things that only something magical can. This year, Apple took this magical approach quite literally, and apart from some very basic poof-tricks, like the HomePod changing into HomePod Mini, Whack’s Mini version, and some other party tricks, the ad did not really have any substantial to offer. We have seen Apple pull some really unrealistic tricks in the past with its ads (remember the award-winning psychedelic ad on the first Home Pod) and we think they do add a lot of character and overall energy of the ad. Here it just felt very frivolous.

Out of Whack, in spite of being full of it 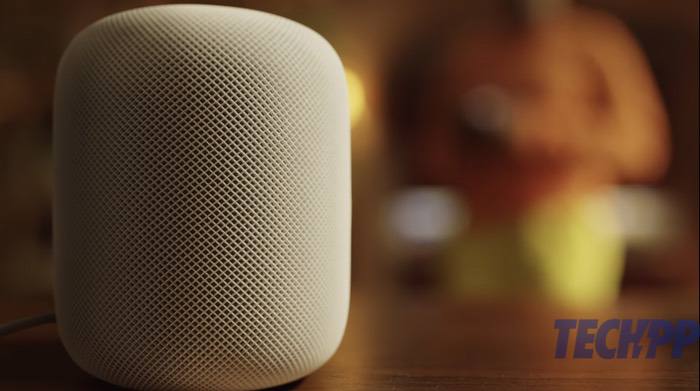 Last year, when Apple released the Holiday ad, we thought the brand had taken a predictable route and was playing it safe but it was in line with what Apple’s Holiday ads are generally about. The human connection, the spirit of holidays, Apple products saving the day without being too ‘in your face’. It had a strong storyline which is the essence of all of Apple’s Holiday ads.

After watching this year’s ad, we actually feel we might have judged it a little too harshly. This year, Apple has taken a completely different route. Last year’s ad came with a predictable plot but still managed to make us feel warm and mushy. This year, the ad did not have a very predictable storyline, if anything it will take you a couple of watches to understand what this is really all about. But that is about it. The ad failed to touch any of our emotional heart-strings, let alone tug them. 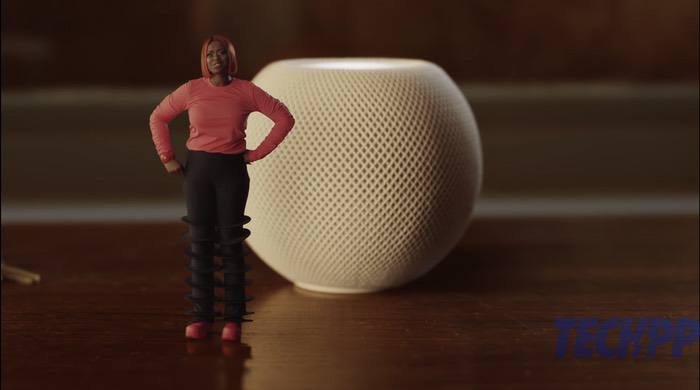 We understand that Apple perhaps tried to make us feel happy, bring in a feel-good vibe instead of mushy and warm. But even then, it did not really do a great job. Often in the past, we have mentioned how having celebrities on board can overshadow the product. While Apple’s Holiday ad is not about hard-selling, it does feature Apple products in a very positive light. The Magic of Mini however feels more about Tierra Whack than the HomePod Mini. And we cannot remember the last time when a celebrity literally took over an Apple ad! The Magic of Mini has a lot of (Tierra) Whack in it, but it is so out of whack. Pun intended.

This is not the Holiday ad the world deserves

After the year we have all had, we had a lot of expectations from Apple’s annual Holiday ad. Sadly, it seems like 2020 has some kind of reverse Midas touch. Everything this year touches turns into junk. And that is exactly what has happened with Apple’s holiday ad. We would not have judged this ad so harshly had it not have such big shoes to fill. And had Apple itself not spoilt us with its brilliant Holiday ads over the past few years – we STILL think “Share Your Gifts” is one of the greatest ads of all time. 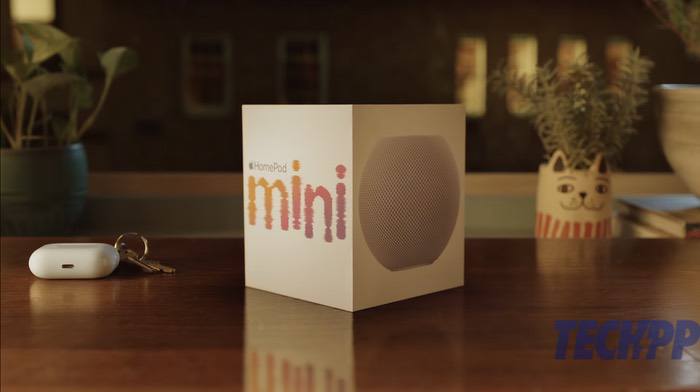 Even with all that is wrong with the world, we think Apple could have figured out a storyline that was better than what we saw. The brand could have paid some kind of tribute to all who have been fighting on the front lines with this horrible virus or could have created an ad to highlight hope – remember the humor which it brought to working from home earlier this year with its seven-minute video (https://techpp.com/2020/07/17/apple-work-from-home-ad/). Sadly, the magic in The Magic of Mini is as mini size as the product it is about. Quite literally. There is not much humor, not much hope and no warm, fuzzy feel here.

Was this article helpful?
YesNo
TechPP is supported by our audience. We may earn affiliate commissions from buying links on this site.
Read Next
How to Convert WebP Images to JPG on Mac
#apple #HomePod #homepod mini #Tech Ad-ons