At its special Exynos On 2021 event, Samsung has unveiled its latest flagship chipset that will power its next-generation flagship smartphone. The chipset, called Exynos 2100, will be seen on the upcoming Galaxy S21 series (in India) and will compete with the likes of Qualcomm’s latest offering, the Snapdragon 888, unveiled last month. What does the newest silicon from Samsung has to offer? Let’s dive in to find out. 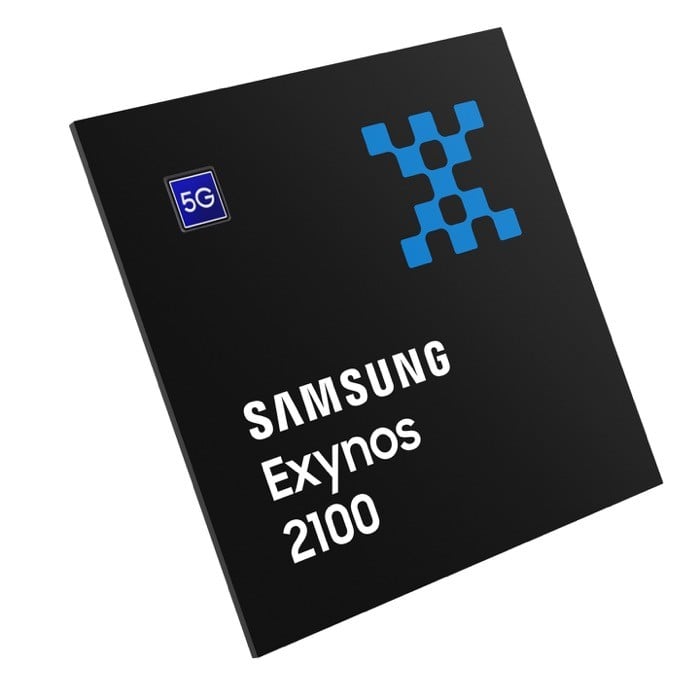 The Exynos 2100 is based on a 5nm extreme ultra-violet (EUV) process node. It is the company’s first flagship 5G-integrated processor promising to deliver a maximum downlink speed of up to 5.1Gbps in sub-6GHz and 7.35Gbps in mmWave.

Talking about the computation and graphics processing capabilities, Samsung claims to have improved and refined the performance in both categories on its newest chipset. And, the company suggests that having fabricated the SoC on a 5nm EUV node makes it 20% less power-hungry and 10% more powerful in terms of performance when compared to its 7nm predecessor. The octa-core Exynos 2100 includes an improved tri-cluster structure made up of one Cortex X1 core clocked at 2.9GHz, three high-performance Cortex-A78 cores, and four power-efficient Cortex-A55 cores. Samsung says the newer architecture allows for a 30% enhancement in multi-core performance than its predecessor.

As for graphics, the SoC has an Arm Mali-G78 GPU that comes with support for Vulkan and OpenCL APIs and promises an improvement in graphics processing by more than 40% in the fields of AR/VR, gaming, and MR. What’s more, the Exynos 2100 also employs what Samsung calls the advanced multi-IP governor (AMIGO) technology, which takes care of optimizing power usage of CPU, GPU, and the rest of the processes, to offer a sustained performance over time.

AI capabilities for the Exynos 2100 also get a boost with a new tri-core NPU, which comes with a few architectural enhancements and claims to perform up to 26TOPS with more than two times the power efficiency of its previous generation.

Samsung also seems to have made improvements to its ISP that now comes with support for up to 200MP camera resolutions. It is claimed to be able to connect up to six individual sensors, with the ability to process four of them concurrently to offer a multi-camera experience. There is also a multi-camera and frame processor (MCFP) on the new SoC, which apparently combines feeds from multiple cameras to offer an improved zoom performance and help in delivering better quality ultra-wide shots.

As for other specifications, the Exynos 2100 comes with support for up to 4K resolution @120Hz and QHD+ resolution @144Hz refresh rate. it supports LPDDR5 RAM and UFS3.1 storage standards.

The all-new Exynos 2100 will be seen on Samsung’s upcoming Galaxy S21 series first, which is slated to be announced in a couple of days, followed by a few other devices releasing through the course of the year.

Was this article helpful?
YesNo
TechPP is supported by our audience. We may earn affiliate commissions from buying links on this site.
Read Next
Samsung Galaxy Unpacked 2023: Galaxy S23 Ultra with 200MP, Galaxy Book 3 with...
#exynos 2100 #samsung