The announcement of iPhone prices in India is generally the sign for “kidney joke season” to get underway. There is generally a fair bit of commentary on the prices and how the US Dollar conversions are lower, how the new iPhones are priced at lower rates overseas and so on. No, we are not going to go into the whole rationale of Apple’s India pricing with mentions of import duties and whatnot – that has been done ample times in the past by better folks than us. 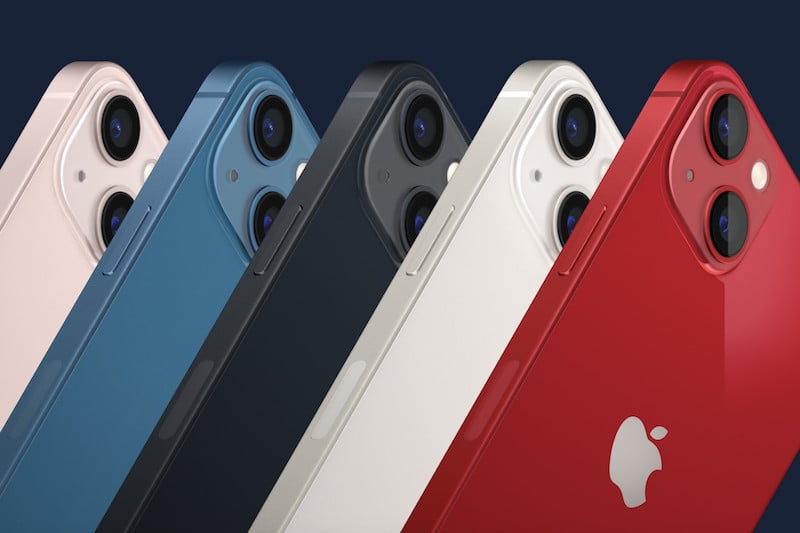 We are just going to mention a simple fact – Apple has actually reduced the prices of the iPhone 13 and 13 mini and the new iPad in India.

Pretty similar, right? In fact, the base prices are exactly the same. So let’s just rearrange the table in terms of storage capacity and check the results:

As you can see, there is a clear price differential of Rs 5,000 between the launch prices of the 128 GB and the 256 GB variants of the iPhone 12 and 12 mini, and the iPhone 13 and 13 mini, and rather remarkably, the new iPhones are actually lower priced.

This is remarkably different from the iPhone 11, which was launched at Rs 64,900 for 64 GB and was succeeded by a (much) more expensive iPhone 12 at Rs 79,900 for the same storage capacity. Interestingly, even the smaller iPhone 12 mini was priced at Rs 69,900, which was well above the iPhone 11 base model.

In fact, Apple has thrown in double the storage for the base new iPhones while keeping the price the same at which the iPhone 12 and 12 mini were launched – a move somewhat similar to the one in 2017, when it moved the base storage of the iPhone up to 64 GB, but even there, there had been a slight increase in price (the iPhone 8 started at Rs 64,000 for 64 GB as against the launch price of Rs 60,000 for the iPhone 7 for 32 GB). This time there has been none.

In essence, Indian consumers this time around are getting higher storage variants of new iPhones at lower launch prices than their predecessors. That is not something we have seen too often – though some would point out how the iPhone 11’s starting price of Rs 64,900 was well below the Rs 76,900 of the iPhone XR. The XR though was above the Rs 73,000 price tag of the iPhone 8 Plus which it was said to have replaced.

The new iPad has also got a price drop as compared to its predecessor, although it does not seem THAT apparent at first glance, because there are no directly comparable storage capacities (unlike in the iPhones):

The 256 GB variants of the new iPads are significantly higher priced than the 128 GB ones in 2019, but that differential in storage is massive.

Of course, there will be those who will point out that the iPhone 12, the iPhone 12 mini and the 2019 iPad are available at lower prices now, but we are comparing launch prices.

What’s more, the 12, 12 mini and the 2019 iPad are inferior in terms of hardware as well, coming with older processors, displays and the like. And the prices of processors seem to have actually gone up, as per most sources. In fact, Apple by and large tends to either stick to similar launch prices of devices in successive years, and barring the odd exception (the iPad has stayed close to Rs 30,000 for a remarkable amount of time now), tends to gently push prices up, a phenomenon that is explained by inflation, changes in custom duties, changing exchange rates and the like.

We do not know if these very subtle price-to-storage shifts are a reflection of Apple’s attempts to capitalise on its excellent recent performance in India, or part of a broader recognition of the potential of the Indian market or any other reason. That’s pure speculation. And no, we are not going to call the iPhone 13 and 13 mini “super affordable” even now, although we do think the new iPad is a real pain in the neck for Chromebooks, given its pricing and configuration.

But well, we hope this policy of “double the capacity at the previous launch price” gets extended to other Apple devices too.

Was this article helpful?
YesNo
TechPP is supported by our audience. We may earn affiliate commissions from buying links on this site.
Read Next
Alert! You’re Hiding Sensitive Information From Your Images on iPhone W...
#apple #iPad 2019 #iPhone 13 #iphone 13 mini #Opinion