Mozilla’s Firefox is one of the most popular desktop browsers and is used by many users as their default browser. One of the reasons for its popularity is the user-friendly interface and the general functionality that the browser offers.

However, the fact that Firefox cannot be run natively on a Chromebook was why some opt out. 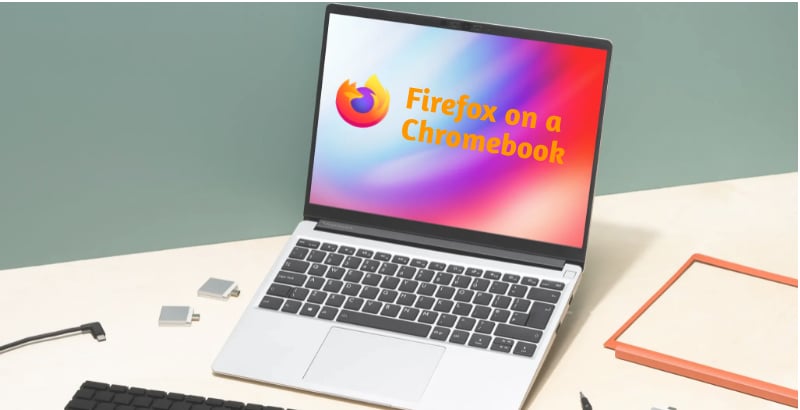 Setting up Linux on Chromebook

Before installing Firefox on our Chromebook, we first need to enable Linux via the Chrome settings OS. Once Linux is enabled, we can easily install Firefox via the terminal.

It will now start installing Linux on your Chromebook. So sit back and relax because the process will take some time.

Related Read: How to Use WhatsApp on Chromebook

Once Linux is installed, launch the app drawer and search for the Terminal app, or use the search bar to search.

Note- Do not disable Linux at a later stage or Firefox will stop working.

The process to install Firefox on a ARM -based Chromebook is a bit different, but still pretty simple, so let us take a look.

Install Firefox on Chromebook from the Google Play Store

If the above process is too lengthy for you, you can also install the mobile browser version of Mozilla Firefox on a Chromebook from the Google Play Store. Let us take a look at it.

When you first open Firefox, it will open in mobile view. Just click “Mobile” at the bottom center of the tab and resize.

Installing Firefox for Chromebook made easy

With the method described above, you can easily install and use Firefox on a Chromebook and seamlessly import all your browser data and extensions.

Let us know in the comments below if you found this article helpful and have successfully installed Mozilla Firefox on a Chromebook.

1. Will Firefox sync my entire data on a Chromebook?

Yes. All the data associated with your Firefox account, including your Firefox extensions, is also synced on a Chromebook, so you do not have to worry.

2. How to uninstall Firefox on a Chromebook?

If for some reason, you are not satisfied with the Firefox browser on a Chromebook, you can easily uninstall it from the terminal by typing the following command.

3. Will the Firefox browser experience be as smooth as Google Chrome on a Chromebook?

Unfortunately, the answer is no. Chromebooks are designed to work effortlessly with Google Chrome, which is optimized more than any other third-party browser.

And since Firefox is not designed for Chromebooks, you may experience app crashes and glitches here and there.

4. Is it possible to install ChromeOS on a Windows machine?

Absolutely yes, it is possible. We have already covered a detailed guide on how to install ChromeOS on a Windows machine.

Was this article helpful?
YesNo
TechPP is supported by our audience. We may earn affiliate commissions from buying links on this site.
Read Next
20+ Best Google Doodle Games You Should Play [in 2023]
#chrome os #Chromebook #firefox #google #how to guide