Samsung’s high-profile Galaxy S22 series may be making all the headlines, but the brand has not been ignoring other segments. It has launched a mid-segment smartphone as well – the Galaxy F23 5G. The phone comes as the successor of the Galaxy F22 launched last year. While the Galaxy F22 seemed like a slightly underwhelming proposition for its price back then, the latest addition to the series brings quite a number of spec bump-ups. But with the starting price of Rs. 15,999, will the Samsung Galaxy F23 5G be able to make its mark in the highly competitive sub-Rs. 20,000 range? 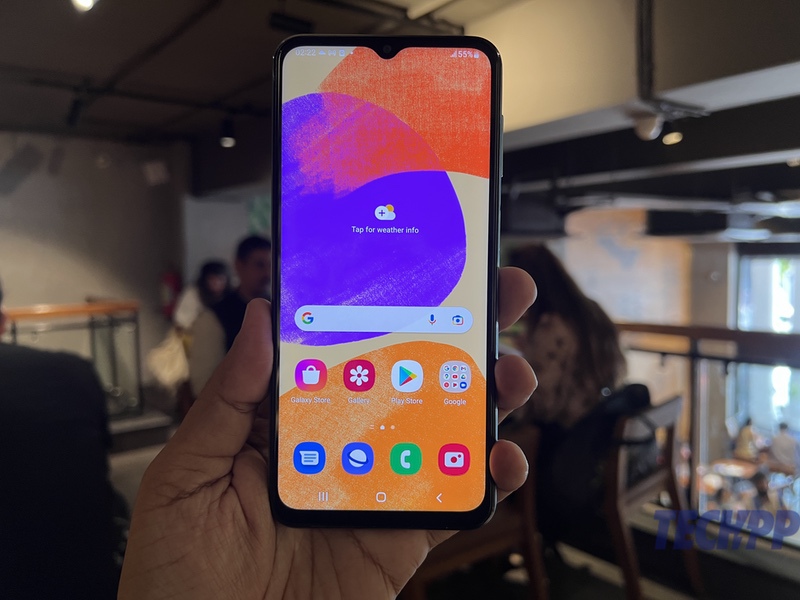 Glass is the trendy smartphone material at the moment. Any phone that comes with a glass back suddenly gets termed as premium, so it comes as no surprise that smartphone manufacturers want to make everything look like glass, even plastic. Samsung is one of the brands that broke away from the trend. It introduced smartphones that came with plastic backs but, more importantly, did not masquerade as glass and stood loud and proud.

With the Galaxy F23, Samsung has again stepped away from the glass stereotype. The phone comes with a plastic back but with a hint of shine, giving it a slightly metallic look. The contoured camera unit, which has pretty much become a Samsung trademark in the middle and upper-middle segment, sits on the top left side, while a slightly frosted Samsung logo sits near the base. Because the back is not shiny or glossy, it keeps fingerprints and smudges at bay and feels sturdy as compared to glass backs. Samsung has not yet given in to the ‘flat back-flat sides’ design trend and has stuck to curves. The back curves to meet the sides, and the sides are also arched, giving the phone a good grip.

While the back of the phone scores design points, the front actually loses a few. The Galaxy F23 has a large display that dominates the front but other than that, the face of the device looks slightly dated. It comes with a drop notch display which is quite 2019. It houses the front camera. Thin bezels surround the display from three sides, and a remarkable chin sits below. 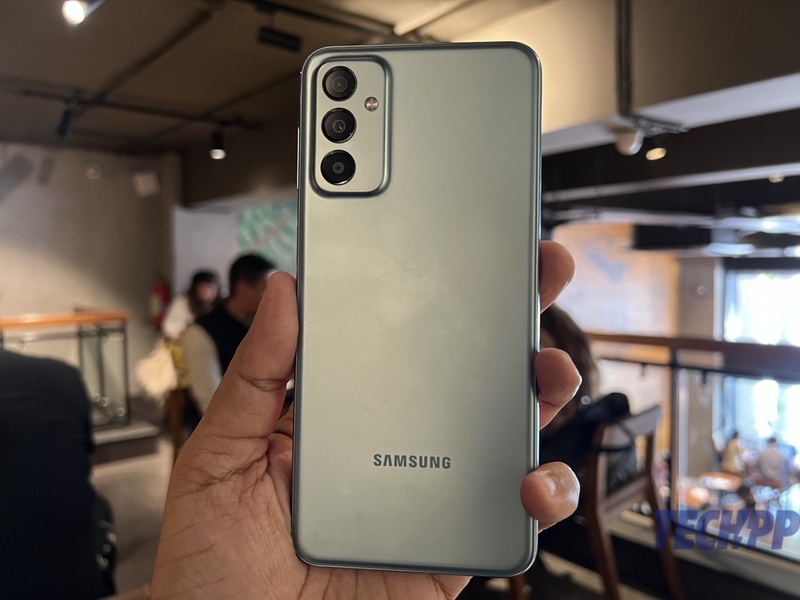 There is a 3.5 mm audio jack, a USB Type C port, and a speaker grille on the base, while the top is bare. The left side has the SIM card and microSD card tray, while the right side is home to a volume rocker and a flat power/lock button that doubles up as a fingerprint scanner.

The Galaxy F23 is not a small phone. It measures 165.5 x 77 x 8.4 mm and weighs 198 grams, making it both big and heavy. The device feels sturdy. It has no IP rating and no Gorilla Glass protection on the front either, but the plastic back feels reassuring, and the rounded sides give it a good grip as well. 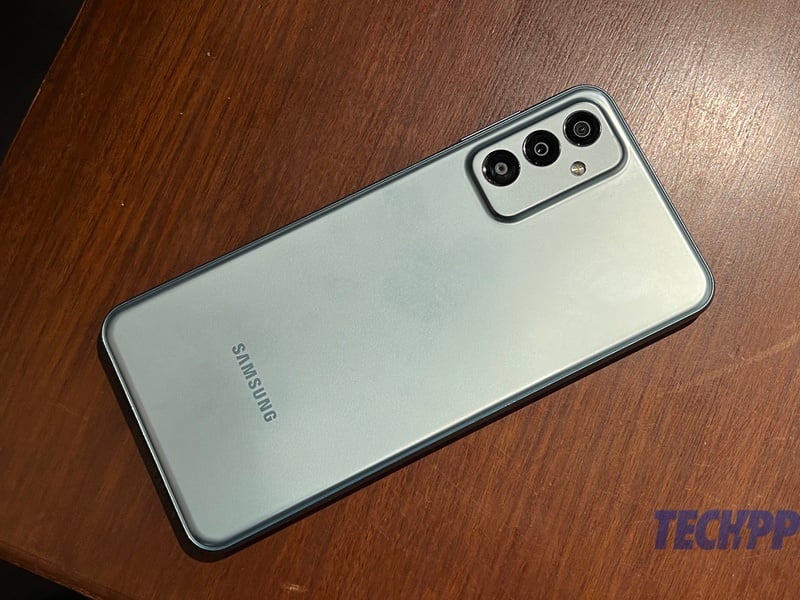 The Galaxy F23 5G brings some substantial improvements as compared to its predecessor. One of these improvements comes in the processor department. A Qualcomm Snapdragon 750G chipset powers the phone. This is paired with 4 GB and 6 GB RAM variants, while the storage remains 128 GB. In addition, you have the option to expand storage up to a massive 1 TB by using a microSD card. The Snapdragon 750G is not a new processor, and we have previously seen it on other devices, but most of the 750G-powered devices have come at a slightly more expensive price tag.

The phone can not only see you through a day full of multi-tasking, helping you jump from one app to another without missing a beat, but it also delivers a delightful gaming experience. The phone glides through casual games, and even high-end games like Call of Duty and PUBG play well on the phone. The phone cannot deliver a smooth performance at maxed-out settings but customize the settings a bit, and it will sail smoothly even though the most high-end, power-hungry games. The F23 also comes with virtual RAM, which means when going through a power-hungry task, the phone can borrow some storage and use it as a temporary RAM. This does not improve the phone’s performance tremendously but even the slight improvement in the phone’s multitasking abilities while handling a high-end game proved handy in some instances. Even though Samsung has added some cooling technology to the device, the phone did heat up slightly when pushed for prolonged periods.

High refresh rate, but is no AMOLED 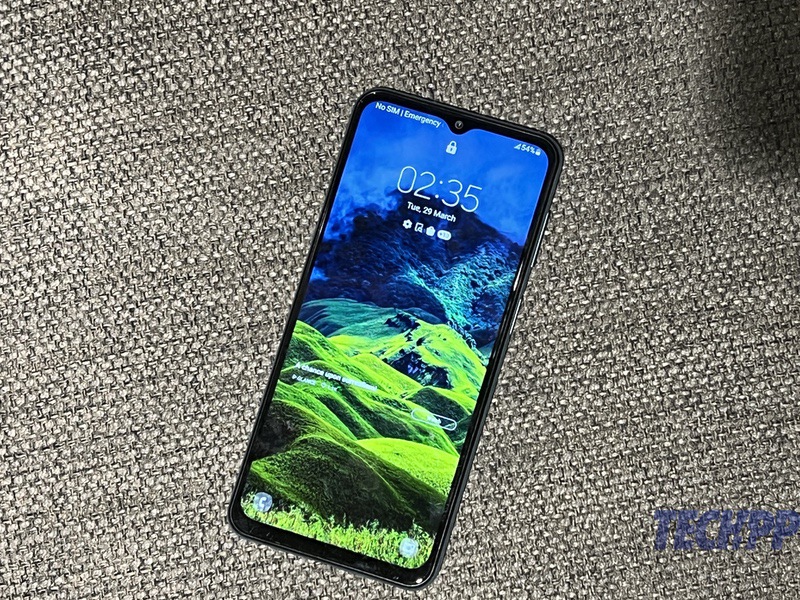 Samsung has a track record of delivering tall, beautiful, vibrant, AMOLED displays, even in this price segment– the Galaxy F22 had one too. The Galaxy F23 has a tall and beautiful display and is quite vibrant, but it is not AMOLED. Instead, the phone comes with a 6.6-inch Full HD+ LCD display which is a step down from the AMOLED we saw on the phone’s predecessor. The LCD display throws some solid color punches at you, but it is no AMOLED panel and hence lacks the intensity and contrasts that you find on those displays. That said, it comes with a 120 Hz refresh rate which makes scrolling on the phone a pretty smooth affair.

While content consumption on the phone was pleasant, the lack of stereo speakers and the lack of AMOLED display kept it from making it both immersive and impressive. That said, the physical fingerprint scanner on the side was accurate and fast, and the phone comes with 5G support rendering it future-proof. 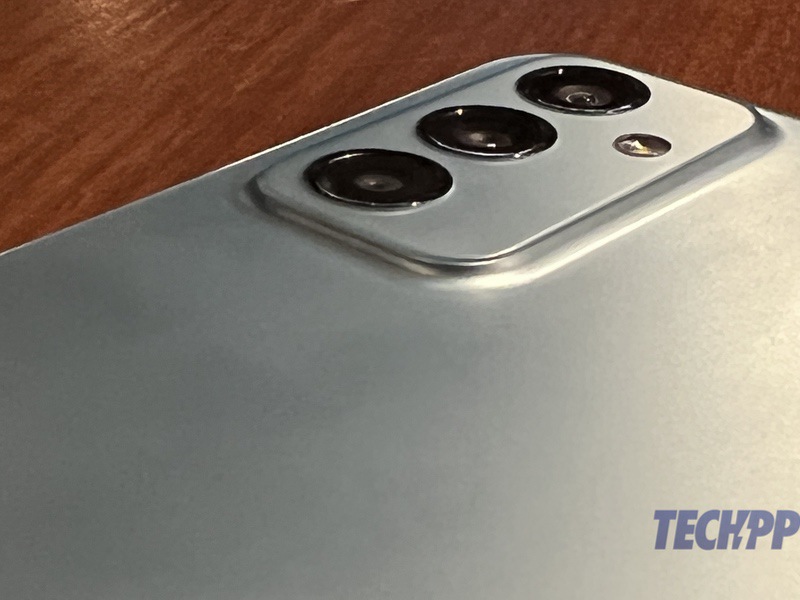 The Galaxy F23 comes with a triple camera set up on the back. This trio is spearheaded by a 50-megapixel main sensor which is backed by an 8-megapixel ultra-wide sensor and a 2-megapixel macro one. The main sensor on the phone can capture ample detail in well-lit conditions but fails to capture the subject’s true colors. Instead, the phone leaned towards reproducing saturated colors. They were not unrealistically sharp but were definitely edging in that direction. The details got slightly compromised in low light while the tendency to saturate colors remained.

The 8-megapixel ultrawide comes in handy when one wants to expand their horizon (quite literally), but we would not recommend zooming into these ultrawide shots, as details take a hit when the 8-megapixel sensor is used. The 2-megapixel macro sensor is more or less a showpiece, sitting there just to add numbers. It struggles to deliver good macro shots and takes its own sweet time before it actually can focus on the subject. 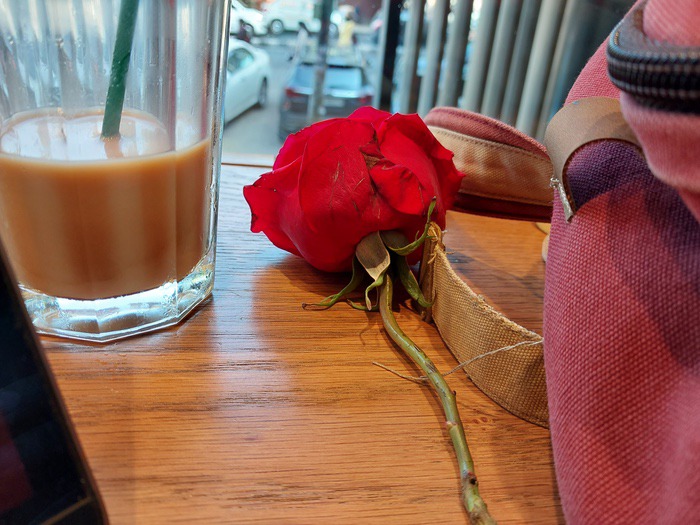 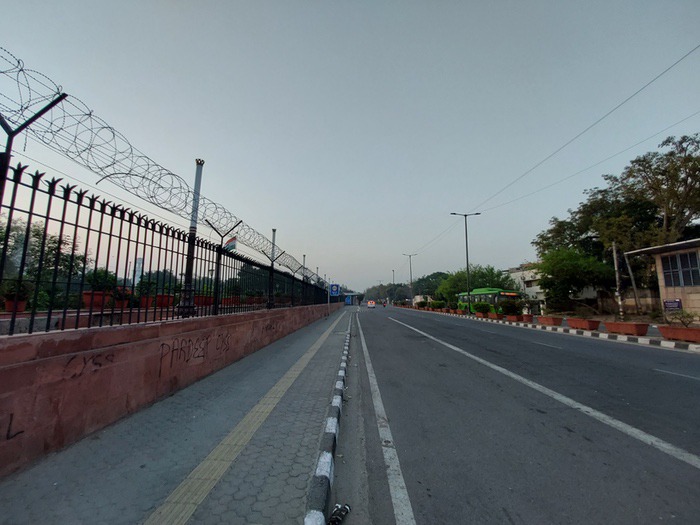 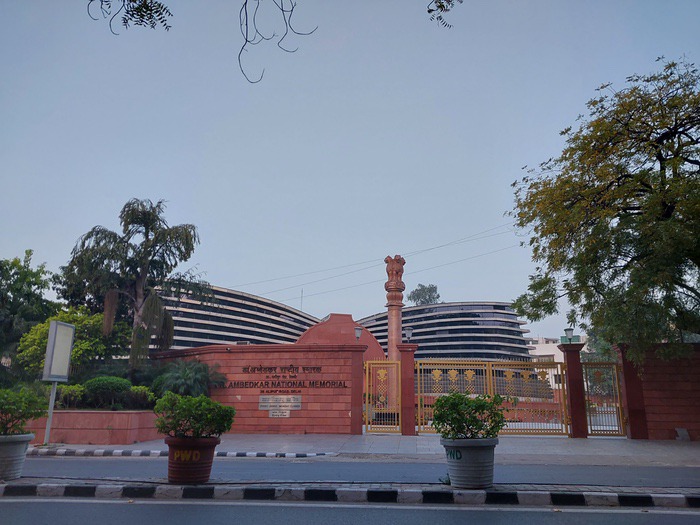 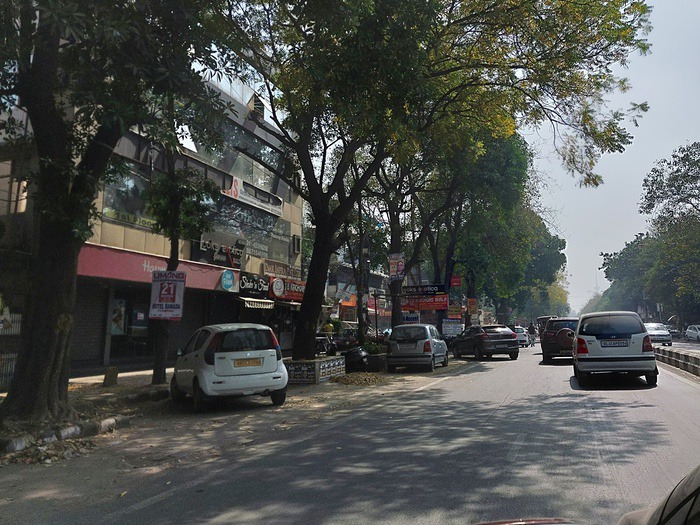 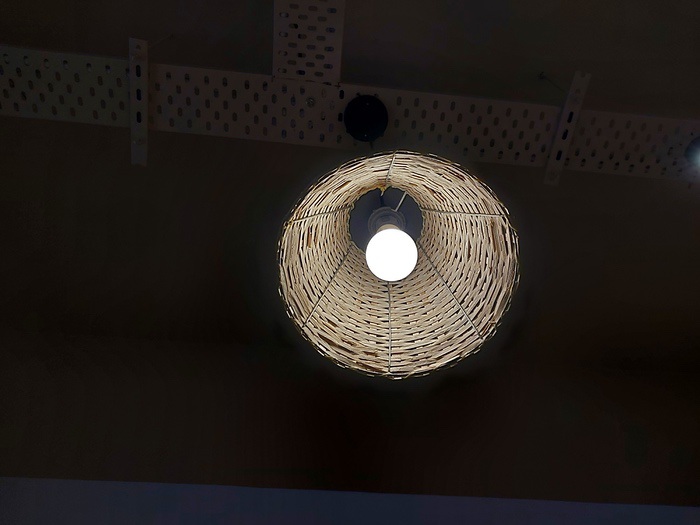 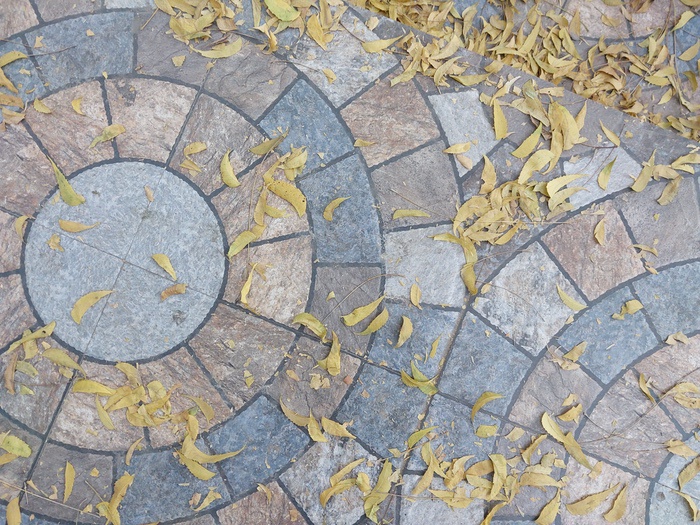 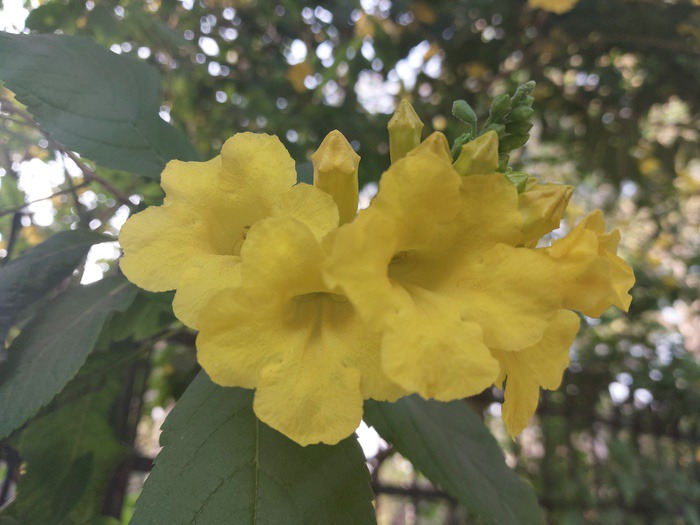 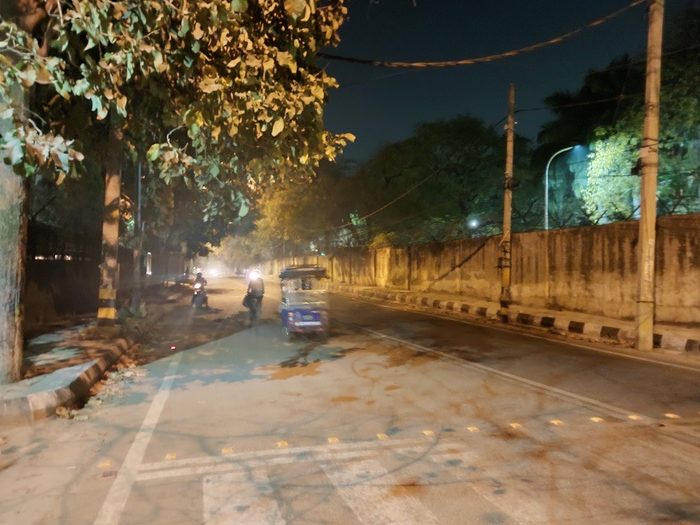 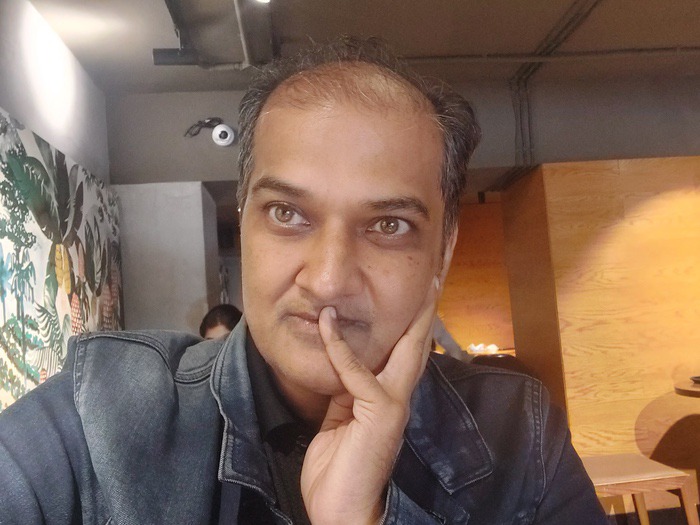 The story is not all that different in the video department. The phone can capture a good amount of detail but struggles to deliver accurate colors. That said, you do get the option to record UHD 4K videos at 30 fps on the Galaxy F23. On the front sits an 8-megapixel sensor that delivers decent-ish selfies. Details are not the selfie camera’s strong suit but the colors delivered are vibrant enough, making them passable to be put on social media.

Long lasting battery but no charger

The highlight of the Samsung Galaxy F23 show has to be the 5,000 mAh battery on board. The phone can comfortably see a day and a half of normal usage. But if pushed to binge-watching sessions and prolonged gaming sessions, then you would have to plug the phone in by the end of the day. While the battery life itself is impressive, Samsung is yet to board the ultra-fast charging train as it brings support for 25 W fast charging, which is actually not quite remarkable in the day and age of ultra-fast charging speeds. 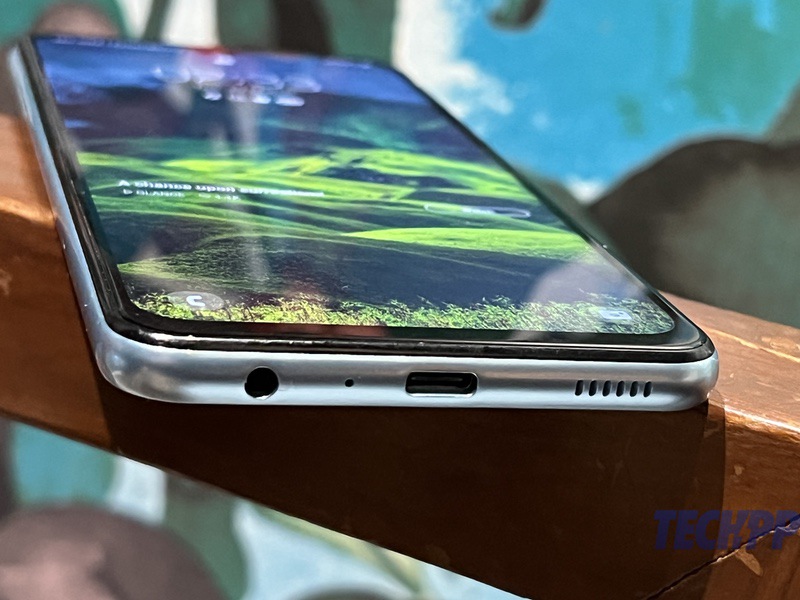 Another major negative in the Galaxy F23’s battery world is that Samsung has decided not to pair the phone with a wall adapter. While the decision to exclude the adapter from premium phones may have gotten some sort of acceptance, we think taking it away from a mid-segment device is a recipe for disaster, as it adds to the device’s price.

The Galaxy F23 runs on the latest version of Android and comes with Android 12 out of the box. This comes as a massive plus point for the device, considering how only a handful of devices are coming with this version, even though it has been some time since it launched. 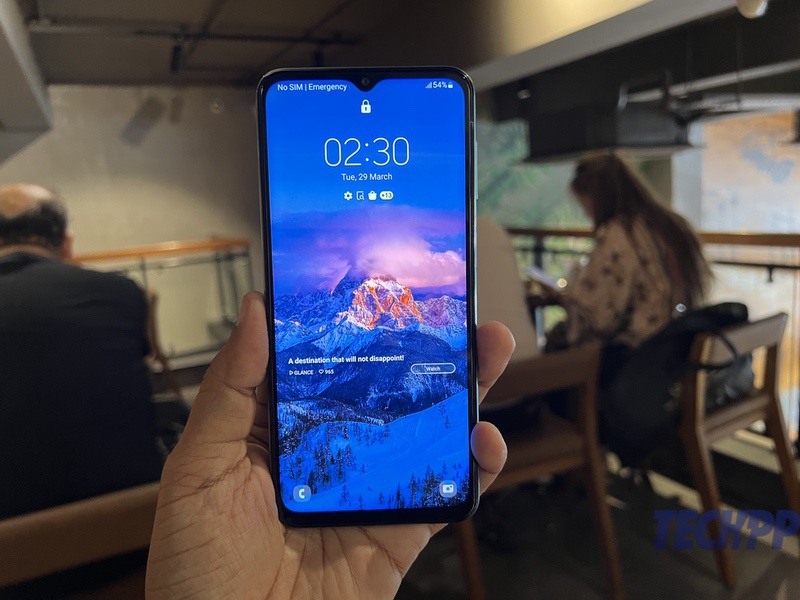 Android 12 is topped with Samsung’s One UI 4.1, and we have received a software update as well. Samsung’s One UI is pretty extensive and feature-loaded, providing you with plenty of customization options and giving you a lot of scopes to play around with settings. That said, the phone does bring a number of third-party apps to the mix.

Those who like their phone’s UI to be clean, basic, and uncomplicated might get overwhelmed at the sight of Galaxy F23’s interface, but if you are into a feature-rich and loaded UI, this one will be an absolute delight.

In the Note zone 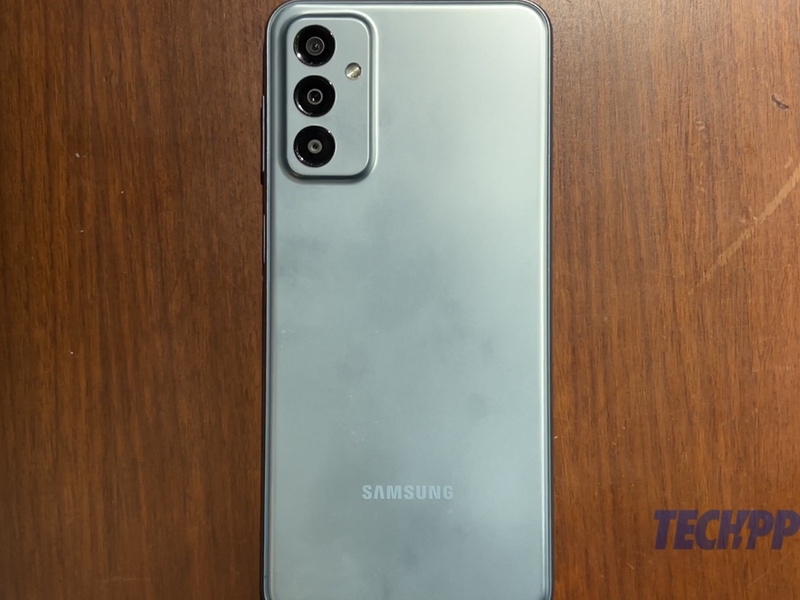 The Samsung Galaxy F23 5G comes with a starting price of Rs. 15,999 for the 4 GB/ 128 GB variant while the 6 GB/ 128 GB model comes for Rs. 16,999. The smartphone comes with an impressive chipset, the Qualcomm Snapdragon 750G at this price point, Android 12, 5G support, and has very good battery life. That said, the phone does struggle in some departments, it comes with a dated-looking front, lacks an AMOLED display, and the absence of a charger can be a potential deal-breaker at this price point. Standing against it are the likes of the Redmi Note 11S and the Poco M4 Pro, which sport AMOLED displays and have better cameras (as well as chargers in the package), although they lose out on processor and 5G support. Surviving in this competition-laden scape is going to be an uphill task for the Galaxy F23, but its processor power and 5G support might propel it to the top.

Review Overview
Was this article helpful?
YesNo
TechPP is supported by our audience. We may earn affiliate commissions from buying links on this site.
Read Next
Redmi Note 11s Review: Finally, hitting a mighty Note
#review #samsung #Samsung Galaxy F23