Git is the go-to version control system among developers. If you’re learning to code and write software, you may have probably heard/read about Git already and may be aware of its importance in the software development cycle.

As such, if you plan on learning and using Git, the first step is knowing how to install and set up Git on your computer. However, since Git installation and configuration is a little different than installing any regular software, it can often come across as challenging for some people.

On Windows, you can follow our Git installation and configuration guide on Windows to set up Git on your Windows machine. On the other hand, if you’re on a Mac, follow along as we list down all the instructions to install and configure Git on your Mac.

Git is a version control system (VCS)—a distributed one (DVCS)—that simplifies collaboration and source code management. It allows you to work on a project with multiple people at once without interfering with the work of others. In addition, it also helps you maintain a record of all the changes you make to a file or set of files in your project over time, so you can revert the changes you don’t like or simply restore the original version of the file as the need be.

How to Install Git on Mac

Most newer versions of macOS come pre-installed with Git. To confirm if this is the case with your system, open the Terminal app, enter the following command, and hit return:

If this gives you a Git version (as shown in the image below), then Git is present on your system, and you only need to update and configure it to begin using it. However, if it doesn’t, it’s likely that your system doesn’t have Git, or you may have removed it previously. In which case, you need to install Git manually. 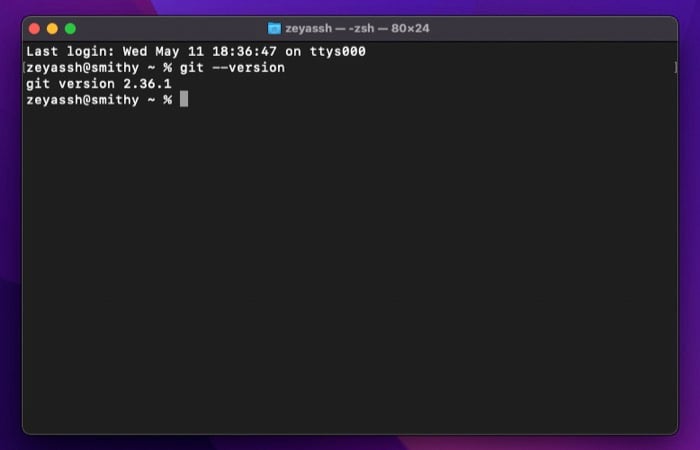 On a Mac, there are three ways to install Git. You can do it using Homebrew, MacPorts, or the Git installer (if you prefer a simple installation process). Below are the instructions to install Git using each of these methods.

Homebrew is the most popular package manager for macOS. It’s open-source, and you can use it to install, update, and remove programs on your Mac using the command-line interface.

If you don’t already have Homebrew installed on your system, first, install it by running the following command in the Terminal:

When it prompts you for the admin password, enter it to continue the installation. If you’re on a non-M1 Mac, running the above command will automatically set the PATH variable on your Mac, whereas if you’re using an M1 Mac, you’ll need to run the following command to modify the PATH before you can use Homebrew:

Once Homebrew is installed, update it and its packages with:
brew update && brew upgrade

And then, install Git by running:
brew install git 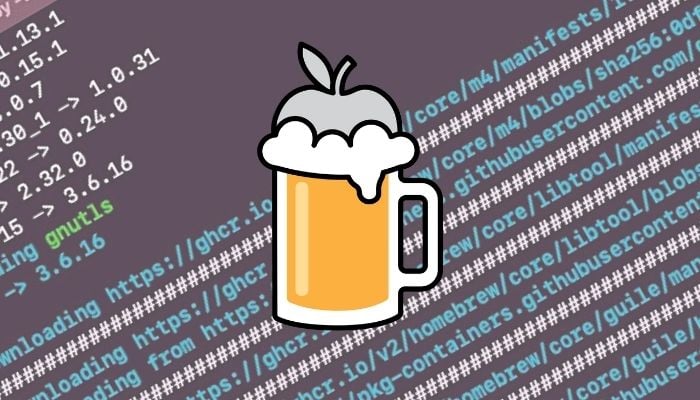 How to Install Packages with Homebrew on macOS
Read More

MacPorts (formerly DarwinPorts) is another open-source package manager for macOS, just like Homebrew. It’s aimed at simplifying the installation of open-source software on Mac, and it does a good job at installing dependencies for programs as you install them, so you don’t have to bother doing it yourself.

To get started with installing programs via MacPorts, the first thing you need to do is install the package manager on your system. You can do this by opening the Terminal and running the following commands:

Method 3: Installing Git on a Mac Using the Git Installer

You can easily install Git on your Mac with either of the above methods. However, if you don’t wish to go through this process, you can get Git on your Mac using a simple installer program.

For this, open your favorite browser and navigate to Git’s official website. Here, click on the Download button inside the monitor image to start downloading the Git installer.

When it’s downloaded, double-click it to open the installer. Then, follow the on-screen instructions to configure Git to your preference. If you’re new to Git, leave the default options selected on these prompts.

Finally, tap on Install and enter your admin password to install Git.

How to Configure Git on Mac

Once you’ve installed Git on your Mac, the next step is to configure it. Again, this is a fairly simple process, and you only need to do this once on your Mac: all the preferences you set initially will stick around even after you upgrade Git or macOS.

1. Setting Up Your Identity

Among the first set of configurations is setting up your default user identity. It’s required because every commit you make in your Git repository needs an identity to which it can be attributed.

To set your identity, first, open the terminal and run this command to set your Git username:
git config --global user.name "your_name"

And then, enter the email address associated with your GitHub account with:
git config --global user.email "your_email_address"

Another important Git configuration is enabling Secure SHell (SSH) on your system. This safeguards the connection and ensures you don’t have to enter your username and password every time you need to commit or view changes to your project via the command line.

To set up SSH, you need an SSH key. If you already have one on your system, you can choose to use it. Or, you can simply generate a new one by running the following command in the Terminal:

Note: The email address needs to be of GitHub or any other Git client.

This will prompt you to enter a file name to save the SSH key. Hit return to select the default location (/.ssh) and the default name for this key. You’ll also be asked to enter a passphrase for the key. This adds an additional layer of security but is an optional step. If you set it up, you’ll be required to enter the passphrase to communicate with your Git repository if you set it up. To skip using it, press return, and it will generate the SSH key without the passphrase.

And add these lines to it:
Host *
AddKeysToAgent yes
UseKeychain yes
IdentityFile ~/.ssh/id_ed25519

Next, add the SSH private key to the ssh-agent by running:
ssh-add -K ~/.ssh/id_xxxxxxx

Finally, add the SSH key to your GitHub (or any other Git client) account to start interacting with your repositories.

At any point after configuring Git on your Mac, if you need to view your Git configuration, run the command below, and it will bring up a detailed list of all your Git settings: 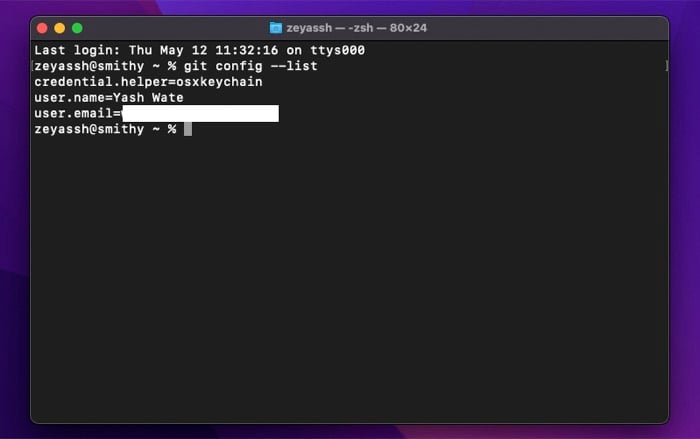 Getting Up to Speed With Git

Git plays a very important role in the software development cycle. It makes it easy to collaborate with multiple people on a project at the same time without interrupting their work. It also helps you keep track of changes made to your project files (by keeping a record of all the different versions) so that you can revert, merge, or simply revert to a specific version if something goes wrong.

Considering you followed this guide closely, you should have Git installed, configured, and running on your Mac. Subsequently, you can check out Git documentation to get up to speed with all the Git commands and supported operations you need to know to be able to start using it for managing your projects locally or on services like GitHub.

Was this article helpful?
YesNo
TechPP is supported by our audience. We may earn affiliate commissions from buying links on this site.
Read Next
How to Split PDF Online Without Downloading Any App
#git #how to #how to guide #MAC #macOS