Apple has been trying its muscles at everything in the tech world by now. Smartphones? Check. Tablets? Present. Apple TV? Of course. You need music? We have the iPod. How about computers? Macs, iMacs and Macbooks are available for purchase. So, what has been Apple missing on? Think long and hard before you answer that. Yes, you got it! Video gaming!

How Real is a Gaming Console from Apple? 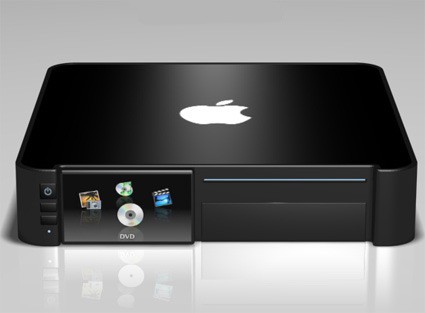 There’s no Apple gaming console on the market and the Cupertino company seems to be suffering from that and may plan to remedy that. Is Apple planning to muscle its way into the game world? Well, it’s not actually a gaming console, per se. It’s more like a refocused old gadget with an extra improvement attached to it. Reliable sources from Cult of Mac claim that a new TV set will be launched during the year to come that will come packed with a new Apple Kinect-like video game console.

The new system will be motion based and will rely on touch gestures to be controlled. Of course, users will be able to enjoy the full capabilities of a touch screen remote control capable on syncing with the TV. Apple is also said to be thinking of teaming with major game developer Valve for this project, so the odds seem pretty promising right now. Or do they?

Apple failing? This doesn’t seem like a valid statement, yet the story is true. And you’ll be surprised to know that there are many other failed Apple products, as well. Long ago, before the existence of the iPhone or iPod was even envisioned, Apple might have made a few mistakes. Meet the Bandai Pippin, launched by producer Bandai back in 1995. The idea behind the console was to ensure that users will get their hands on a device aimed mostly at playing games. 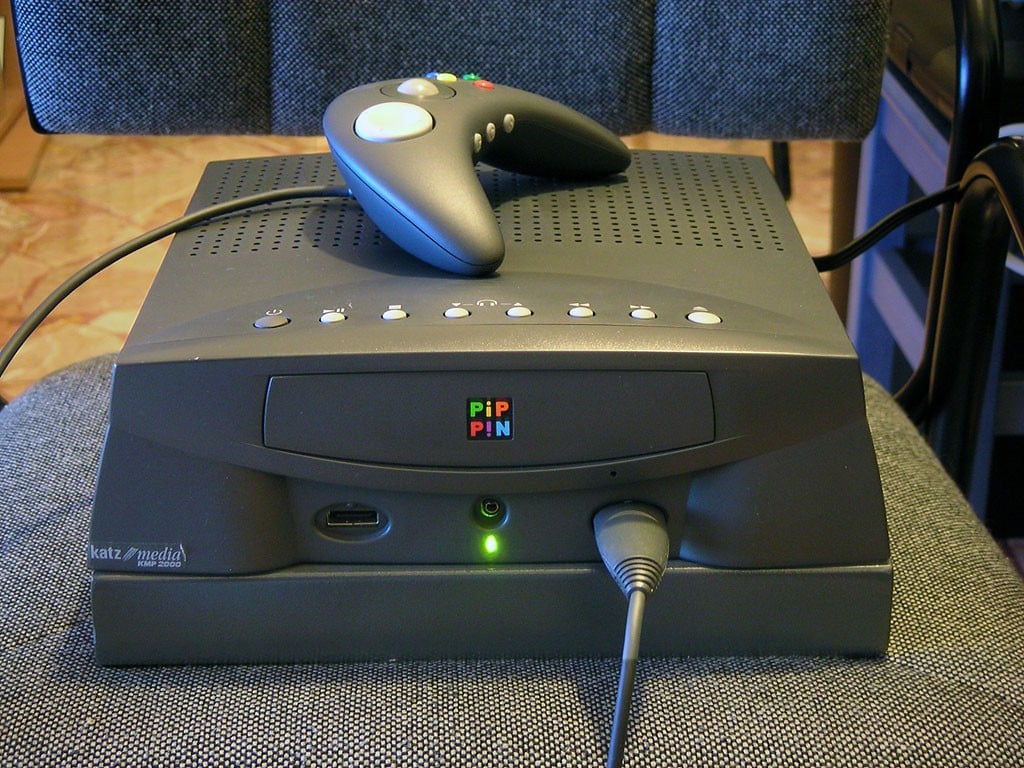 So what happened? The bulky design might have contributed to Pippin’s failure, but the price was probably what axed the project from the start. The console sold in Japan for almost $600 while competitors like the N64 were sold at that time for $199. Also, Pippin’s processor – a Motorola 603PowerPC , was already three years old, ancient in tech terms – when the device was released. That basically meant that CD ROM games took about three minutes to load. An instant turn off.

Will it be Risky or Profitable for Apple?

Even so, Apple is not an entity to be discouraged easily and maybe the passing of 17 years has tought Club Cupertino some valuable lessons. Wedbush Morgan analyst Michael Pachter is pretty convinced that Apple will be launching a game console by 2013. According to him, Apple is following a very well thought out plan to ensure the transformation of the Apple TV into an entertainment and Internet hub. The idea is that Apple is trying out these experimental ideas on iPod Touch and iPhone users first.

“If they can get enough iPod users to download games, it’s a natural that they can ultimately convince a large number of these users to buy a game-enabled Apple TV. “

What Has Microsoft, Sony, Nintendo to Say About This? 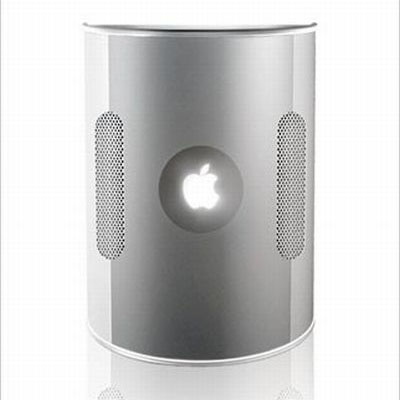 He envisions a release date for 2012 or 2013. Thus, Microsoft, one of the toughest competitors the tech behemoth will have to face, is given quite some decent head start. Keep in mind that back in the 1990, decent realistic in-sync gaming experience was something belonging only to the spheres of dreams. But the Xbox live changed all that in so many wonderful ways. Xbox brought friends list to the table and the ability to play games with your existing friends but also make new friends throughout different games.

The console also offers the possibility of monitoring your achievements and we have to admit they are a big part of the whole Xbox Live experience and why people are so addicted to it. At the moment there are 40 million users who have signed up for an online Xbox Live account. Also, Kinect sales have reached 18 million units in the first part of 2012. So, is Apple ready to take on this success?

A Huge Apple Audience is Waiting for This

Apparently, they are more than willing. Apart from that, it holds an impressive record that might suggest that this time around, things will look very bright for them. We don’t yet have official data as to how many iOS devices has been sold until now (if there is, do let us know!), but the most accurate data I could found indicates that at the end of 2011, there was a number of 320 million sold iDevices. By now, we should be reaching 400 million iDevices, and by the end of 2012, beginning of 2013, I can suppose that it will reach half a billion. 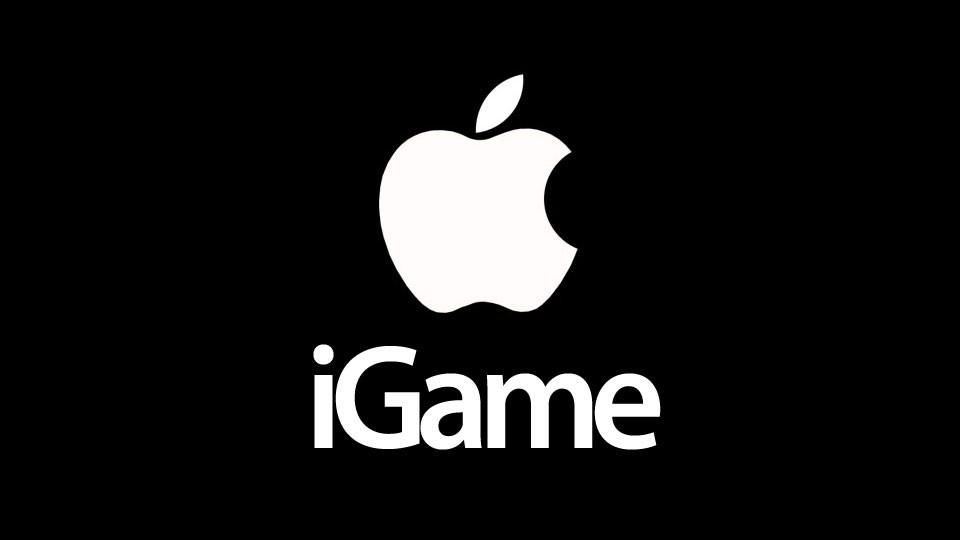 You know what that means, right? An army of Apple lovers, users that are loyal to products made by Apple. It would be interesting to know how many people own just one Apple product or more. An interesting study reveals that half of US homes own an Apple product.  9%-13% of them own 2 to 5 Apple products. Now, I wonder, those that have bought one Apple product, will they not be tempted to buy another one? Let’s say you’ve bought the iPhone, will you not need the new iPad,  to be able to see movies on a big screen or to play let your kids play entertaining, challenging mobile apps?

Or, will you not be tempted to get yourself a beautiful iMac tempted by its imposing design and reputation? Not to mention the versatile laptops from Apple?Like it or not, chances are that once you’ve bought an Apple product, you’ll buy another one. If you’ve bought the iPhone 4S, then you’re going to want the iPhone 5, or the new iPhone. Then, you’ll have to sell it, add some more money and get the next one. Thus, you’ll be caught in the neverending circle of Apple products.

That brings us to an eventual gaming console from Apple. We already have enough gaming consoles out there and the most important ones are:

Each of them has something specific and we can all agree that these are well-made, successful products. One would think that an Apple gaming console will lose the battle even before it started. Gaming consoles sales have been slowing down in the past years but there doesn’t seem to be a stable trend in that direction. Why didn’t Apple’s first gaming console succeed? Obviously, it has its technical flaws, but what Apple didn’t have back then was this huge number of loyal customers and this incredible free buzz generated for them. 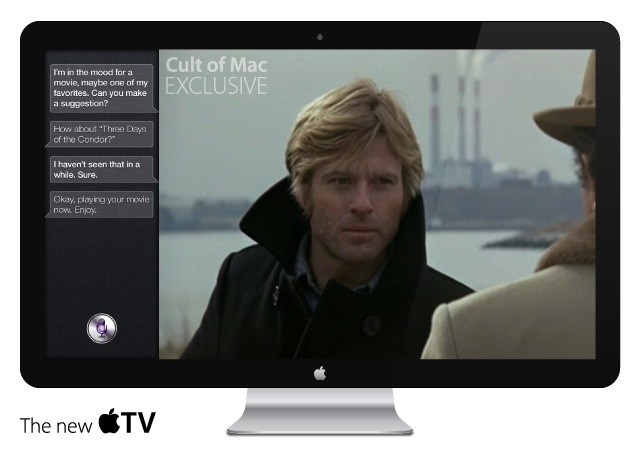 Quite soon, Apple might be valued at $1, 000 billion, and that sounds really, really huge. At this anvergure, I highly doubt the fact that Apple will screw up. Even if we considered the iPhone 4S mundane, sales for it didn’t decline. Even if Apple decided not to name the third-generation iPad 3 but the new iPad, sales didn’t decline. Even if there are issues with the new iPad, or past products, such as the iPhone 4 and antennagate, people continue to buy Apple’s product. So what does that mean, people? Is Apple going to be and remain the biggest company every, a superhero company or their evolution will eventually cool off?

I think that a well-thought gaming console from Apple would further increase and enhance the reputation that Apple has, but they have to think about it really, really well. They are going to target a totally different field in consumer technology and that could cost them dear if they will make mistakes. They’ve got all it takes – tons of cash, lots of very, very smart and talented people, a good supply chain. They just don’t have to hurry. The world is still waiting for the new iPhone or the iPhone 5 and I am sure that Apple is busy with that these days.

A gaming console and a complete Apple TV is what remains for them to make, probably, the most consolidated ecosystem in the tech world. But they have to be careful and not to besmirch the huge success the iPhone, iPod and iPad have brought. They have to build on that, they have to learn things from that success and take things one by one. One question remains, though, after such a long scenario – if they are planning to release a gaming console, why would the promote the iPad as a gaming gear?

Could an Improved iPad be The Mysterious Gaming Console? 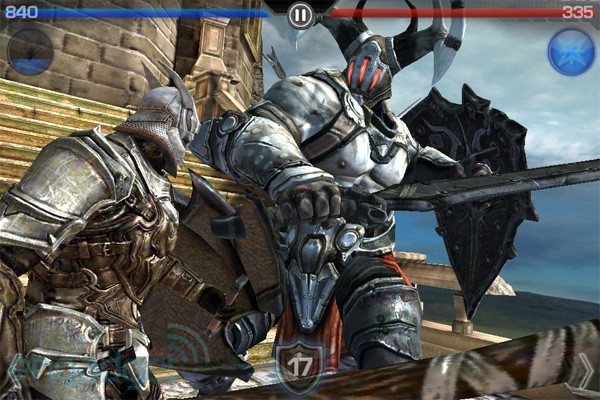 Or, to make the matter even simpler – isn’t Apple actually trying to destroy the gaming industry with the iPad and to introduce a new concept – tablet gaming? Think about it, in 5 years or so, it’s inevitable that tablets by then will have bigger processing and graphical power. Will they be able to conceive a new gaming field by making a super iPad or they will continue to modestly improve it, year by year?

And there are already voices that suggest Apple won’t release a box gaming console and when you think about it, it’s kinda not Apple-like. But if the gaming console will have an absolutely stunning design, then it will be Apple-like, right? I don’t know what Apple is going to do, but whatever their decision will be, I think Apple lovers need and want a console designed for games and only for that (that’s how I feel, at least). Your move, Cook.

Was this article helpful?
YesNo
TechPP is supported by our audience. We may earn affiliate commissions from buying links on this site.
Read Next
With Football Manager 2023 Touch, Apple Arcade finally has its “killer ...
#apple #gaming #rumors