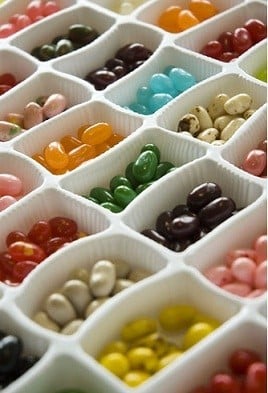 The update comes just in time, as Nexus 7 is already being tested by its new owners across the United States, Canada and soon the rest of the world to follow. By releasing the Jelly Bean SDK, Google is encouraging the developers to update their apps to the latest operating system, so that customers could enjoy the Jelly Bean experience to its fullest.

Jelly Bean, the soul of Nexus 7

“For many people, their first taste of Jelly Bean will be on the beautiful Nexus 7. While most applications will run just fine on Nexus 7, who wants their app to be just fine? Here are some tips for optimizing your application to make the most of this device. We actively discourage you from rushing out and creating new assets at this density; Android will scale your existing assets for you. In fact the entire Jelly Bean OS contains only a single tvdpi asset, the remainder are scaled down from hdpi assets.”

What this means is that the platform will automatically scale depending on your screen size. Thus, the work of developers is very much eased and there’s hope we won’t be needing such apps as Tablified. The developers are also advised to use the richer notifications style option. Android engineers don’t seem to hide their pride when talking about Nexus 7 and refer to it as “the glorious 7” screen” but from a skeptical point of view, this only makes Android fragmentation a bigger problem. In a previous post, I was also wondering whether Google’s tactic to release the latest Android OS updates with its own device isn’t somehow hurting the consumers’ interests.

Before rushing for the download links, here are some advices to be followed from the Android team:

– Make sure that any stretchable regions are at least 2×2 pixels in size, else they risk disappearing when scaled down.
– Give one pixel of extra safe space in the graphics before and after stretchable regions else interpolation during scaling may cause the color at the boundaries to change

After the Tevi, Lypertek releases the the Levi with wireless…
AirTag and Unwanted Tracking: Apple Releases New Privacy…
How to Add Links to Instagram Stories and Gain Traffic
You Can Now Install Google Recorder with Live Transcribe on…
Best Google TV Apps to Download in 2022
How to Download and Install Google Camera or GCam Mod on…