Dead Trigger, a relatively popular FPS game for android & iOS has gone free on android, but not on iOS.

This is a sad state of affairs, specially for small developers. Android has grown tremendously over the past two years. In spite of the issues like Fragmentation and monetization, most developers have continued to bring their apps on Google’s platform. You want to know why?

Because Android is too big to ignore now 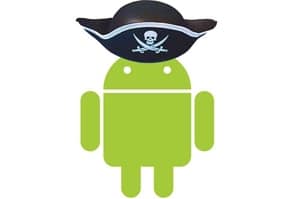 But piracy is a major concern now. Unlike iOS, where any published app (free or paid) needs to get validated by Apple, and hence must be downloaded via the App Store, Android apps can easily be pirated, distributed as .apk files and installed on devices without having to root them. Malware and security issues have not proved to be big enough deterrents to stop people from pirating apps. And Google simply doesn’t care what apk files are being installed on the devices.

Monetization issue is nothing new on Android

According to a report from Flurry, for every dollar of iOS revenue, developers only get 24 cents from Android.

This is why many developers, including big ones like Rovio, follow ad-injected model on Android, while they have ad-free paid apps model for iOS. With rampant piracy, we can only expect this model to be adapted by more and more developers, who would rather compromise with the user experience than on their revenues.

Update: Jelly Bean does come with paid-app encryption which will hopefully slow down piracy of apps on Android.

[via]TheVerge
Was this article helpful?
YesNo
TechPP is supported by our audience. We may earn affiliate commissions from buying links on this site.
Read Next
10 Best Drawing Apps for Android [2023]: Paint & Draw Like a Pro
#android apps #Piracy