How to Make Google Maps Default in iOS

Due to the problems that appeared with Apple’s mapping service, many users are trying to go back to Google Maps, which is a better and more reliable mapping service. Also, Nokia had also released the HERE maps for iOS a few weeks ago. But despite these services, when users ask Siri for directions, it opens Apple Maps, and does not allow users to set other services as default.

Although Apple does not provide any option to choose their preferred Maps app, users have found a way to bypass this constraint. There are two solutions for this problem, for both jailbroken iOS devices and for non-jailbroken ones. Obviously, the jailbroken solution is a little better, but for non-jailbroken phones, it’s still good, because you can use Google Maps with Siri pretty easily, so you can have the flexibility that you want. 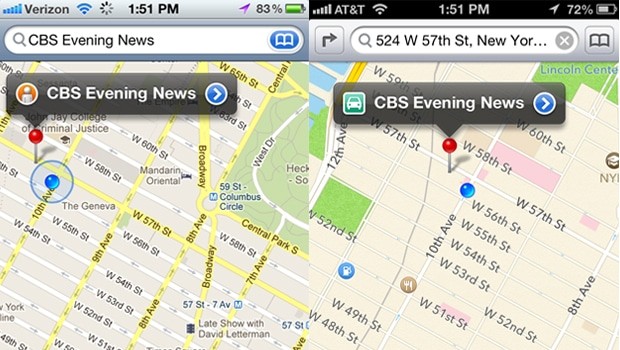 How to use Google Maps with Siri on non-jailbroken devices

If you haven’t jailbroken your device yet, then this simple trick will help you use Google Maps instead of Apple Maps to find directions via Siri. This is very simple and does not require you to install anything on your device, or modify any setting.

For this to work, when you open Siri to ask for directions to any place, just add at the end of your question “via transit”, and it will open in Google Maps instead of Apple Maps. So, when asking for the nearest 5 star restaurant, just ask Siri: “Show me where is the nearest 5 star restaurant via transit” and Google Maps will open with directions.

As you must have guessed, there is a simpler and a better way to do this, without the need to say anything else to Siri like before. The solution comes in the form of an app, which can be downloaded for free from the Cydia Store. The app is called MapsOpener and you only have to download and install the app and that’s it. Next time when you open an address, it will bring up Google Maps. That’s right, it works not just with Siri, but from anywhere!

MapsOpener looks like a great solution for this problem, but users have reported an issue with it: for some reasons, it will not accurately pinpoint the address automatically when showing it on the map, but this is a minor inconvenience and we hope it will get fixed in the next update.

By using these two methods, you will be able to open any address and get directions on your iPhone without the need to use Apple’s half baked maps and go with a more reliable and better mapping service: Google Maps.

How to Change the Default Mail and Browser App on iOS 14
Stepping outside in Covid Times? Look at Google Maps before…
How to Use Google Maps Stay Safer Feature
Delhi government uses Google Maps to fight hunger in…
How to get personalized restaurant recommendations on Google…
Need to choose a dish at a restaurant? Use Google Maps!