National roads are blocked, snow is pouring like water thrown with a bucket and the white/red truck from Coca Cola is the only thing missing from this Christmas view. Oh, and a tablet, of course. For all of those thinking of getting a tablet this Holiday season as a gift, or for themselves, we’ve put up together a compilation of the most note-worthy offers and options on the market.

While this year certainly was one of innovation, where people no longer chose Apple tablets automatically over others, there are still a few traps to avoid if you’re looking for the most suitable gadget. Moreover, those looking for a cheap slate can indeed find something of quality, if they overlook size-related downsides or opt for weaker specifications.

Just like we did for the smartphone category, we are going to show you what are the best options for Christmas this year and create a view based on performance, beauty and of course, price. In the first part we will talk about big tablets, usually found around 10-inch wide, which can be used for both entertainment and working purposes. 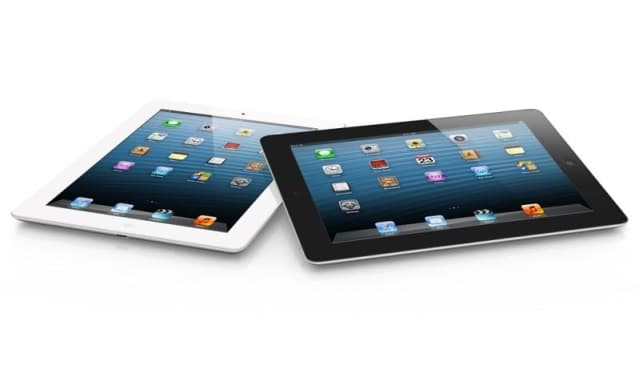 Apple products have never missed a Christmas in the trend and although the Cupertino based company launched no less then three tablets this year, all of them were of great success. Coming with a high resolution 9.7-inch wide IPS LCD display, the new iPad is definitely something worth looking for.

In a few words, the iPad 4 comes with high end technical specifications, including a blazing fast A6 processor, a huge battery and LTE connectivity. As always, dimensions of the product were kept at their slimmest, and Apple managed to produce a tablet big enough to virtually perform almost any task on it, while weighing just 23 ounces (652 grams). Mostly favored by US citizens, the iPad 4 comes in three different storage options and under a sleek design dominated by aluminum and sharp edges. 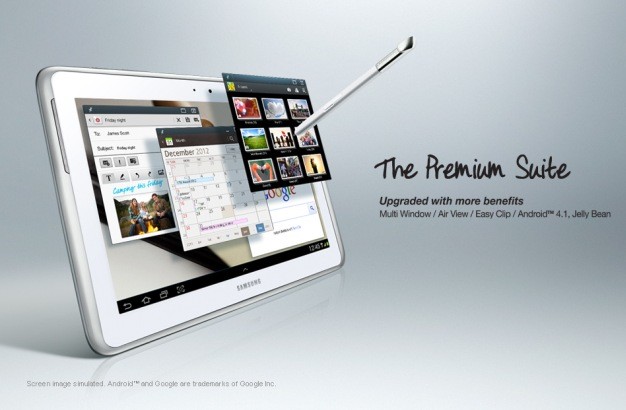 Another try by Samsung to conquer the market is the Galaxy Note 10.1, a tablet meant primarily for those who wish to get a bit of work done while on the road. Samsung had a great advertising campaign for this product and as reviews poured, the line of success kept flowing until the end of this year.

The key features of the slate are the 10.1-inch wide WXGA display and the quad-core chipset, alongside a healthy dose of RAM and a good battery. Just like Samsung accustomed clients in the past few years, the company has embedded unique features within the operating system (Android 4.0.3 Ice Cream Sandwich), such as splitting the screen into two parts for better multitasking and customizable size of application’s window. 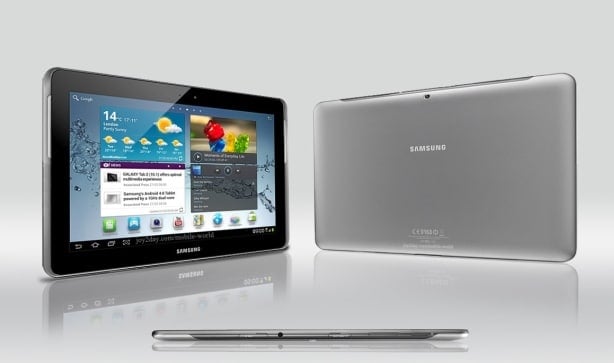 Following Galaxy’s tradition, Samsung has once again released the Tab 2 in May this year, to counter-attack Apple’s iPad 3. Although the tablet may seem a bit dusty for this last quarter, the P5100 still packs quite the power.

To keep it brief, the Galaxy Tab 2 is a wonderful portable video player and the browsing experience is top-notch too. Combining that with the ability of make phone calls, to extend storage and the Android ICS mobile OS makes out of this tab a very good call for those looking to stray away boringness out of the train.

Another plus is the wide video codec support and the inclusion of Adobe Flash in the browser, to fully take advantage of websites that have yet to migrate towards HTML5 technology – features that make it a wonderful choice as a first tablet. 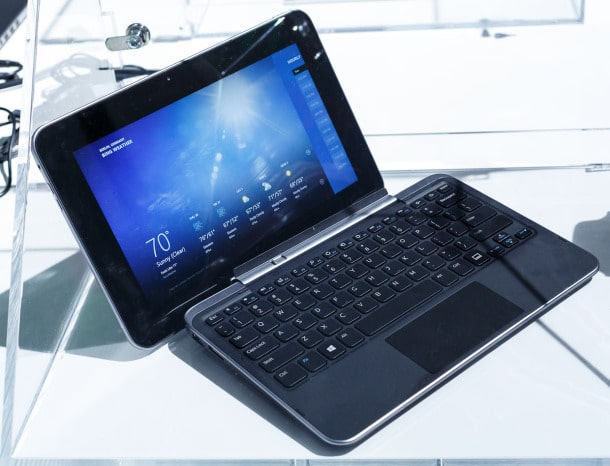 The first Windows 8 tablet we suggest this Christmas comes from Dell, and it’s called the XPS 10. Measuring 10 inches in diagonal, this slate packs the RT version of Microsoft’s latest desktop operating system, meaning just the touch-optimized interface, and not the classic background.

Recently announced by Dell, the XPS 10 weights around 22.4 ounces (635 grams) and comes with an stylish and slim body, which can be tweaked to accommodate working environments. For instance, the tablet allows the attachment of an optional mobile dock with a QWERTY keyboard and a trackpad, for those still lingering for the classic.

Other features include a standard display, microSD expanding possibilities of the already included 32 or 64 GB of storage, a dual-core processor, optional LTE connectivity and a regular Li-Ion battery. Unfortunately, we are not sure yet if the tablet will actually ship until the end of December, but pre-order are accepted as always. 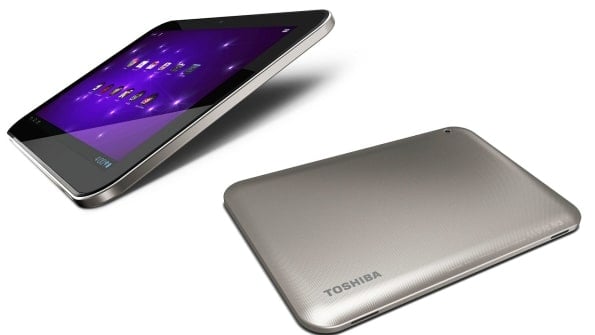 Also in the camp of newly released tablets, the Toshiba Excite SE is another addition towards the Android camp, packing almost the latest version on the market – 4.1 Jelly Bean. Known as the AT300SE in Great Britain, Toshiba’s slate was introduced as an option for those who don’t have a tablet yet and don’t seek the most powerful product on the market.

Packing mediocre specifications when it comes to the display quality and the camera, Toshiba makes no compromises in the processing sector. For a fairly affordable price, users will receive a quad-core CPU clocked at 1.5GHz, packed in NVIDIA’s Tegra 3 chipset, and a fairly nice graphic unit. All of these hidden under a sleek, black and grey body.

As for those wishing to get a bit more viewing area, Toshiba also has a model measuring around 13.3 inches in diagonal that comes pretty much with the same internals. Differences may only be seen in the screen resolution (a bit more this time, but not enough) and of course, in the price tag (almost double the money). 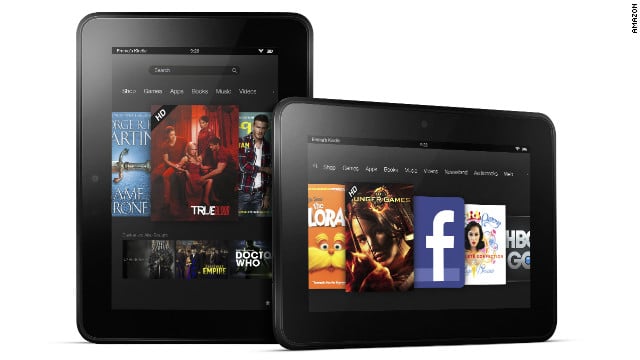 Amazon has always been good at delivering goods, be them in a physical or virtual package. The Kindle Fire HD makes no exception, and the 8.9-inch wide model is the most complete content enjoying system that can be held in two hands, but not one designed for those faint-hearted.

Although the Kindle Fire HD comes with a fairly impressive display, capable of Full HD resolutions, and enough power under the hood to play high resolution content, this tablet is not a regular slate. We strictly recommend this for those used with the Amazon store, and dying for their overcrowded network of movies, books and music.

Moreover, this Android-based tablet has a highly customized interface which no longer reminds users of Google and a set of unique features, found only in the Amazon sphere. Amongst them, we can talk about an easy-to-use parental option, advanced algorithms for searching through movies and books and Amazon’s own store of applications.

Smaller tablets are perfect for substituting a classic laptop / ultra-book when it comes to entertainment purposes. Moreover, they have the big advantage of being way cheaper than regular-sized slates, without actually cutting down on specifications or functionality. With just a few days until Christmas, the wide market has several options for this category. Here are some of the best: 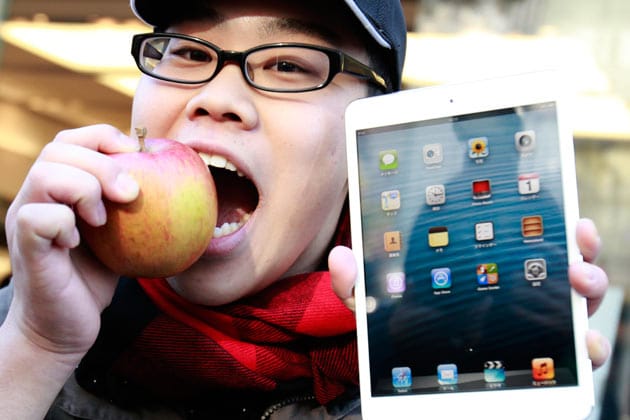 Even though the genius mind behind Apple is now passed, the seasoned company hasn’t lost its sense of marketing and starting with this year, it introduced a smaller sibling of the iPad line-up, known as the iPad Mini.

Measuring 7.87 inch in diagonal, this device has been bragged as having 40% more viewing area than any other tablet of its segment, and technical references to satisfy most needs out there. Besides breaking the ice for the lower-sized slates, Apple also introduced the lightning connector with this device, a port which can perform faster than the old generation in terms of data transfer and charging.

Presented in a light-weight, aluminum plated body, we must say that the iPad Mini has proven to have sharpened edges and a great form for travelers. A bit bulkier than its bigger brothers, the iPad mini also has the advantage of LTE connectivity. 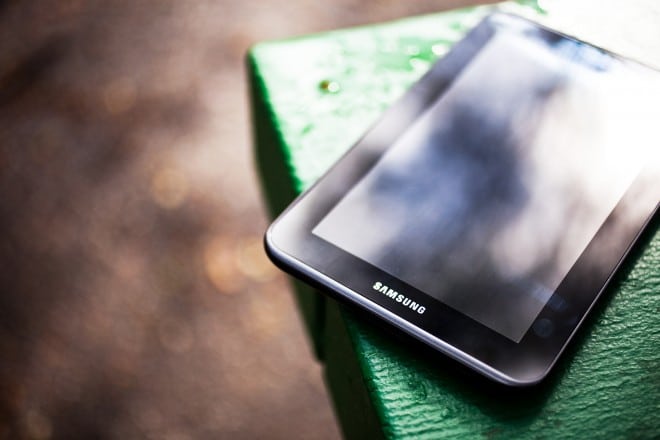 Samsung, known for its ability of conquering universal needs through the use of worldwide carriers and device forms, couldn’t have been missed from the 7-inch segment. One of the best bets this year is the Galaxy Tab 2, the small version, which contains pretty much the same elements of its bigger sibling.

Differences can be seen in the display resolution, overall pixel density, weight and of course, price. Important elements such as operating system and chipset have remained fairly unchanged. 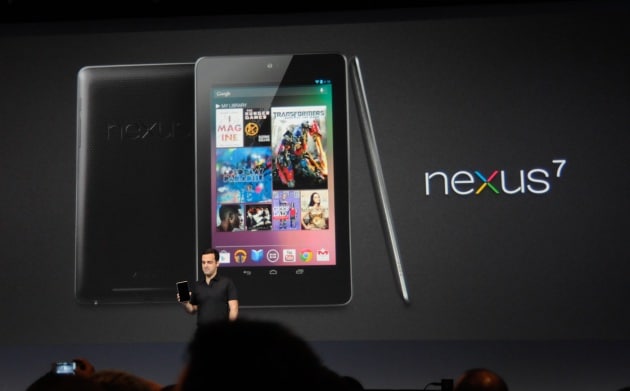 A product launch by Asus in strong cooperation with Google, the Nexus 7 is pretty much the most powerful tablet of this segment, and the cheapest. For a price comparable to a budget-smartphone, buyers will embrace a slate packing a Tegra 3 chipset with a quad-core CPU, a healthy-sized battery and lots of internal power.

Being a member of the Nexus family makes this Asus slate be the very first device to introduce Android 4.1 Jelly Bean and one that’s guaranteed to receive updates in time, from point on. Besides that, everything which a tablet should poses. 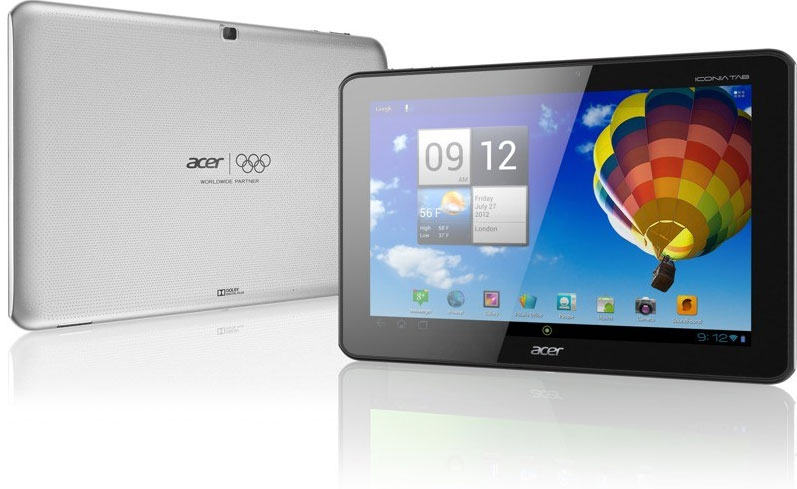 The Acer Iconia Tab A110 is a wonderful acquisition for someone looking to purchase a tablet this Christmas, even though it’s the very first one. Packing Android 4.1 Jelly Bean right out of the box, this device has some nice features such as a microSD card slot for memory expansion and a HDMI output interface, to render content on the big screen.

Another plus of the A110 can be seen in the performance chapter, where the 1.2 GHz quad-core processor by NVIDIA does a pretty decent job, especially when paired with 1GB of RAM. This can be mostly encountered through the newest gaming titles and while browsing the untouched interface: smoother then usually. 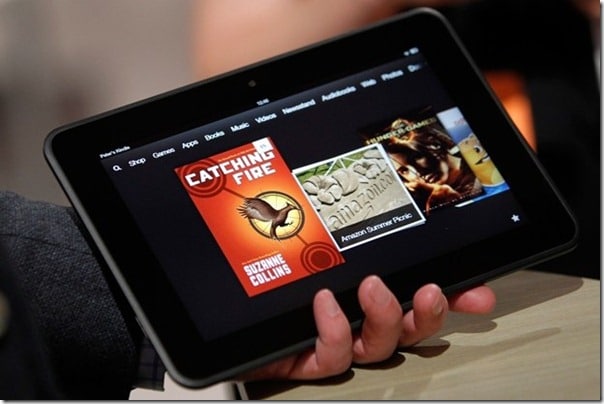 Just like in Samsung’s case, Amazon has seen fit to capture all possibilities and has also launched a 7-inch wide version of the Kindle Fire HD. As usual, this model preserves the technical configuration of its bigger brother, with exceptions in the display sector and of course, in the price.

Cheapest of the fair

Was this article helpful?
YesNo
TechPP is supported by our audience. We may earn affiliate commissions from buying links on this site.
Read Next
Apple Sold More Tablets than Amazon and Samsung Combined in 2017: IDC
#christmas #tablets