Over the past few days, the internet is abuzz with rumors about HTC First, the first ever Facebook Phone. Facebook has announced an event for tomorrow, April 4th 2013 in Palo Alto, with the invite reading “Come See Our New Home on Android“. With less than 24 hours to go for the event, @evleaks has leaked the image of HTC First, which was previously known as HTC Myst & HTC Opera. Going by the track record of @evleaks, the possibility of the rendered image below being correct is really high. 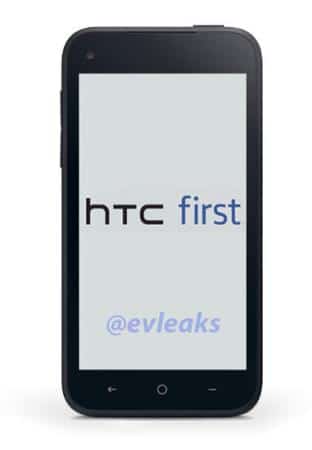 A couple of days back, Android Police had dissected the apk of Facebook launcher (called Facebook Home) on HTC First. While doing so, they claimed that the first ever Facebook phone is manufactured by HTC, it’ll come with a 4.3 inch 720p screen, powered by a dual core Snapdragon S4 Plus processor, 1GB of RAM, 5MP rear camera, 1.6MP front camera, running Android 4.1.2 Jelly Bean OS and HTC Sense 4.5 UI. HTC First doesn’t range-topping specs, which is understandable, considering that the phone is in works for the past year and a half. Going by the renders, it does look pretty and comes in variety of colors as well. 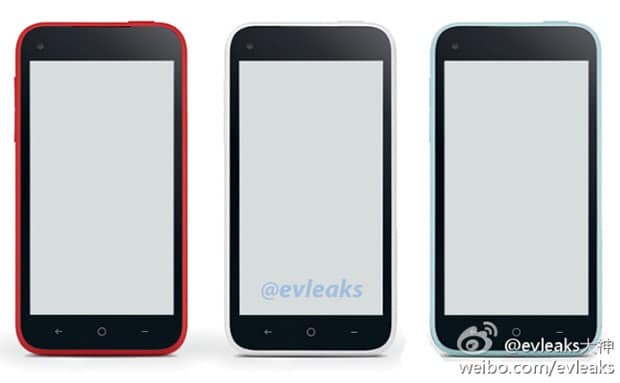 Now, @evleaks has posted a couple of photos of the Facebook Phone’s user interface. As you can see below, the UI is pretty much clutter-free and has quick access to some of the basic Facebook functionality. There’s a deliberate focus on full screen photography, and should appeal to a lot of social media enthusiasts. 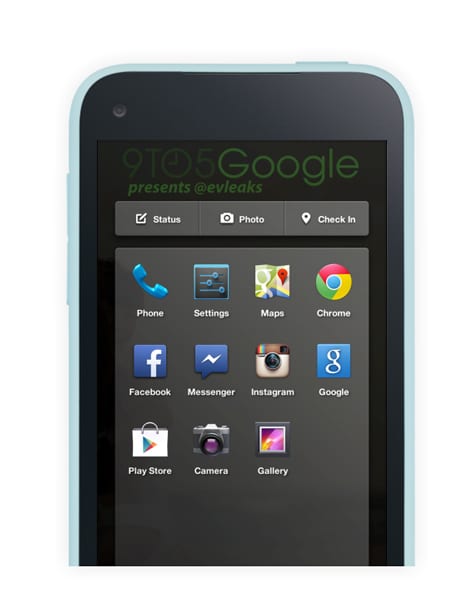 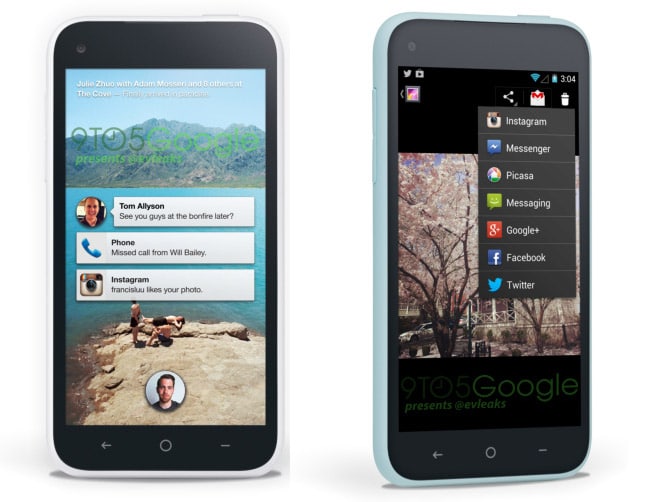 Good thing to note here is that presence of Play Store app indicates that Facebook hasn’t forked Android as some were expecting them to, but has only skinned it to their advantage. Along with HTC First smartphone, Facebook is expected to announce Facebook Home launcher app for Android tomorrow.

Facebook is already deeply integrated on iOS and on most Android skins as well. But clearly, Facebook isn’t satisfied. They want deeper integration, and with Facebook Home, they hope to promote their voice and video calling, as well as messaging features.

TechPP is supported by our audience. We may earn affiliate commissions from buying links on this site.
Read Next
OnePlus Nord price? It could be Rs. 27,999 ($375)
#facebook phone #HTC First #rumors