In the past couple of years, a lot of fuss has been made over the first Facebook phone, which we now know is going to be HTC First. When officials announced it, the interesting part was not the phone itself, but a pretty curious Android launcher known as Facebook Home, which should be available on April 12th for a limited range of high-end devices, such as the Samsung Galaxy S4 and the Note 2.

Although users can wait until April 12th for the official Facebook Home to arrive on that limited list of devices, Paul O’Brien from MoDaCo got his hands on a leaked version, which can be installed right now. Even though there are several risks, mostly because the application is just in a testing phase at the moment, we do know that any Android terminal with less than 1280×768 pixels on its screen is compatible with the mood. 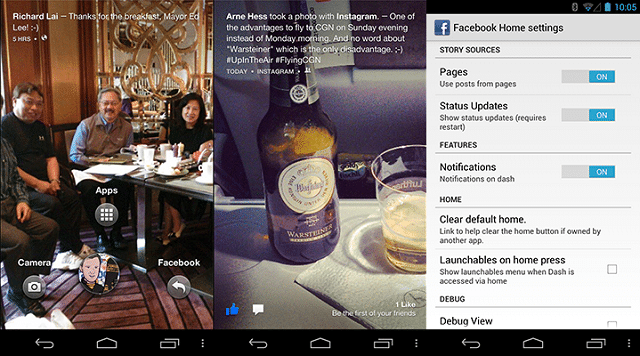 There are a couple of things that you need to know before we venture any further. As I mentioned above, this package can cause your system to malfunction if not properly deployed and even though all recommendations are followed, it might not work. Secondly, the application is rather unfinished, lacking the Chat Heads feature for cross-app conversations.

Most importantly, this Home version is compatible only with devices that have a maximum resolution of 1280×768, or plain HD. Also, this cannot be installed on top of any existing Facebook apps, so we will first have to get rid of that (unfortunately, this can only be done on rooted terminals).

Update (April 12th): theos0o from XDA has posted the ripped APKs for Facebook Home and Chat Heads which should work with most (if not all) android phones out there. The procedure remains the same, so we are just updating the links below. 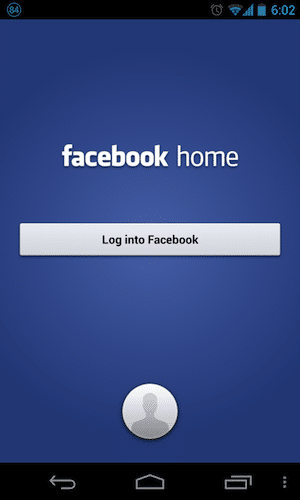 These are ripped versions of the official Facebook Home, Facebook Messenger and Facebook apps. If you are not comfortable with dealing with unofficial versions, you better stay away for now, and wait for Facebook to officially support your device. Bear in mind that the first part of the guide (steps 1-4) is aimed only at those that have Facebook installed, or had it before. If your device is untouched, you can go ahead and install Home just with the last step. 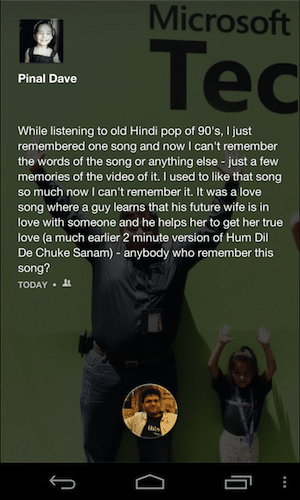 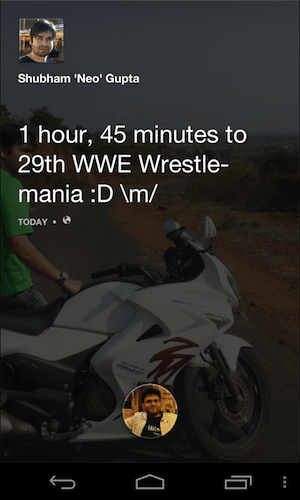 Photo Credits: MoDaCom
TechPP is supported by our audience. We may earn affiliate commissions from buying links on this site.
Read Next
How to Use Android Phone as Webcam for PC
#android #Facebook Home