We’re back here at Technology Personalized with the usual Android apps round-up because we know you like it so much! If you missed the one from last week, you should go ahead and have a look as you’ll find some titles as Climatology, the first Android Wear launcher, Sonic Jump Fever and some more. For this week, we’ve got some equally interesting Android apps and games, so waste no time and get downloading!

If you’re a football fan and you own an Android device, then you need to download the newly redesigned ESPN Fantasy Football app. The revamped version comes with a bunch of new options such as alerts that notify of trades, injuries, and scoring updates. Also, you now have live auction and snake drafts, as well as access to Mock and Live Draft Lobbies. It’s now also possible to invite friends to your Fantasy Football league via social media.

Leo’s Fortune is a recently released new game on the Play Store which comes with awesome graphics and beautiful artwork. This is an award-winning platform adventure game where you have to hunt down the cunning and mysterious thief that stole your gold. As you will follow the trail of gold, you will uncover the truth behind Leo’s stolen fortune trying to overcome vicious traps and solve physics-based puzzles.

There is an abundance of cooking and recipe apps on the Play Store, but there’s always room for improvement. The recently released Flavourit – my cookbook comes to Android users with a visually impeccable interface. It comes with many interesting features, such as the option to create gorgeous recipe cards that you can print, email or share. It also comes with a clever shopping list as you add the ingredients of a chosen recipe along with your own notes.

Noodlecake Studios’ new Wayward Souls Android title is an action-adventure game inspired by Spelunky, Secret of Mana, and Mage Gauntlet games. The game comes with a unique control scheme that has no virtual buttons or sticks. Inside the game, you will be able to unlock new areas, all with different monsters, potential traps, and rare encounters. What’s really cool is that each character can find equipment combinations that change their gameplay. If you played other games from Noodlecake, you’ll appreciate the new title.

Skating is a sport that isn’t accessible to many, but by using smartphones, we can become true masters. With the new Android game Transworld Endless Skater you will be able to choose from five top pro skaters – Danny Way, Sean Malto, Lyn-Z Pastrana, Christian Hosoi, and Ryan Decenzo, each having its unique skills, trick lists, and goals. The game comes with a Score Target gameplay mode, plenty of missions, tricks, and boosts that are bound to make skating fun on your Android devices.

Glu Mobile’s new Dino Hunter: Deadly Shores game is available for Android users, where you embark on a journey to a hidden, untouched Jurassic island. Your mission will be hunt down Jurassic beasts, rangings from the docile Stegosaurus to the terrifying T-Rex. As you progress throughout the game, you will be able to choose from a wide range of rifles, shotguns and assault rifles. The game also comes with impressive graphics that allow you to contemplate the dinosaurs.

Fightback is one of the best fighting games currently available on the Play Store for Andorid users. It brings over 100 levels of floor-to-floor fist-fighting and evolved controls that let you punch, kick, and do a wide range of combos. As the gameplay evolves, you will be able to skill up your character with vests, tattoos, guns, and more. There’s also an Endless Mode where you can play as much as you want for extra cash. 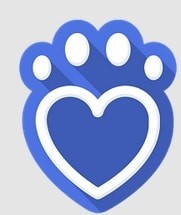 With the new PetMatch Android app, you will be able to find dogs or cats to adopt in your area. You just have to take or use a picture of a pet you like and PetMatch will find similar pets in your area that are up for adoption right now. There’s also a big gallery that you can choose from.  You can even take a “Pelfie” of you and your new pet and post it on our social profiles.

Sport freaks will love the new 120 Sports Android app as it comes with real-time highlights, expert analysis and over 10 hours of live programming every day. What makes it stand apart is that it doesn’t requirecable authentication or subscription. You will get highlights from MLB, NBA, NHL, PGA Tour, NCAA Football, NCAA Basketball, NASCAR and more. Use the app to follow trending topics, your favorite sports, teams and athletes, and receive personalized notifications as news breaks.

Plenty of new social messaging networks these days and lettrs is one of them. What’s special about this social media platform is that it is “designed to bring back the art of meaningful communications by helping the writer create more thoughtful and beautifully written pieces”. So, with this app you can write and voice dictate digital and post-mail letters, deliver letters via the lettrs app and enhance your words with themes, photo attachments, tags, and geo-location.