The Indian smartphone market is growing at a rapid pace and looking at numbers, it’s clear that the Indian OEMs have a bulk of the share. But still, they hardly ever get credit for the work they do. In fact many of the OEMs are being accused of selling rebranded phones imported from China. At a time like this, XOLO, the premium smartphone brand from Lava, has gone ahead to change the perceptions by introducing its own Android based skin, the HIVE UI. 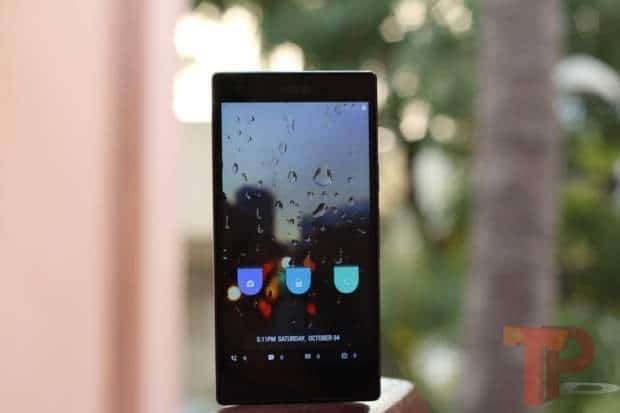 XOLO 8X-1000 is the company’s first ever phone to carry the Hive UI. This is XOLO’s effort to differentiate from other OEMs through its own Android UI overlay. This is the first time an Indian company has gone this route. Does it hamper the user experience of the phone or does it help it work better? Let’s find out in our Xolo 8X-1000 review.

XOLO 8X-1000 doesn’t carry the run-of-the-mill design we usually see from local manufacturers. Instead, XOLO has gone for a premium looking glass finish for the back with plastic on the sides. Both the front and back are topped with a layer of toughened glass. The side frame is made of plastic but it feels solid and has metallic finish. The right side looks overcrowded with a slot for the microSD slot, power/sleep button and the volume rockers. It took a while for me to get used to the positioning of the power button as I kept pressing the volume rockers instead. The left is relatively bare with just the slot for the dual Micro-SIMs. 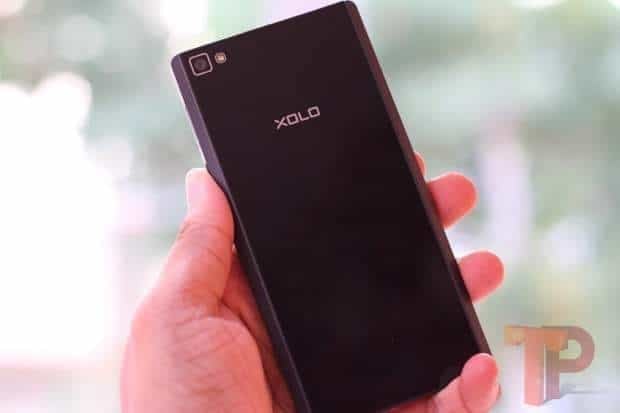 XOLO has gone for iPhone-like front with huge bezels on top and bottom, and relatively narrow bezels on the sides. This makes the XOLO 8X-1000 much taller than it actually is. The bottom bezel houses keys for Home, back and menu, all of which are touch-sensitive, backlit dots. That’s again a weird choice XOLO has made, as it can get confusing for first time users.

The 5-inch HD (720p) display is layered with Dragontrail glass, and takes up most of the space on the front. It’s really a good display panel with a pixel density of 294 ppi, offering good sunlight legibility and viewing angles, and definitely better than most other smartphones in this price segment. It is bright enough to be used outdoors, shows vibrant and punchy colours and displays sharp text. Having said that, it does not better the ones we have seen on Asus Zenfone 5 or Moto G (2014). 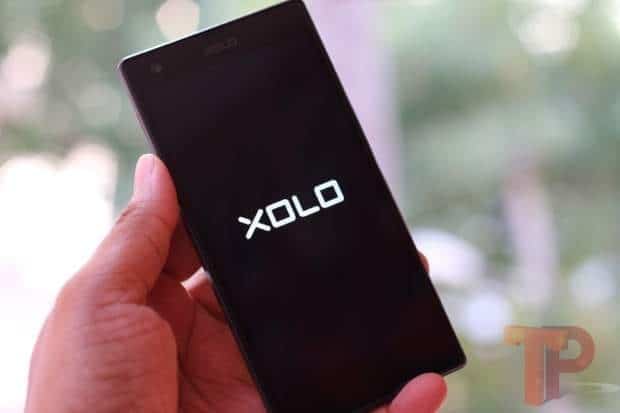 The Xolo 8X-1000 is powered by an octa-core MediaTek MT6592M processor clocked at 1.4GHz with integrated Mali-450 MP4 graphics. There’s 2GB of RAM and 16GB of internal storage. There’s an 8-megapixel camera on the rear and a 2-megapixel one in front. Bluetooth 4.0 and Wi-Fi b/g/n are supported, along with the usual proximity sensor, ambient light sensor and accelerometer. FM Radio is supported as well. Powering all these is a 1920 mAh battery which is non user-replaceable.

Coming to the most interesting part of 8X-1000, the handset is running Android 4.4.2 KitKat with Hive UI on top of it. As briefly mentioned before, HIVE is the custom overlay developed by XOLO at their R&D centre in Bangalore, the first for any Indian OEM. XOLO realizes that in this age of high competition, fighting only on the basis of price won’t sustain for long. Like Xiaomi, XOLO has stepped up efforts to differentiate on the basis of software as well. 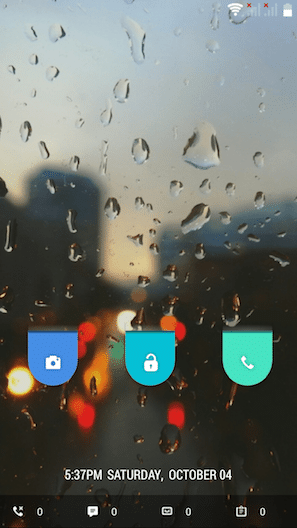 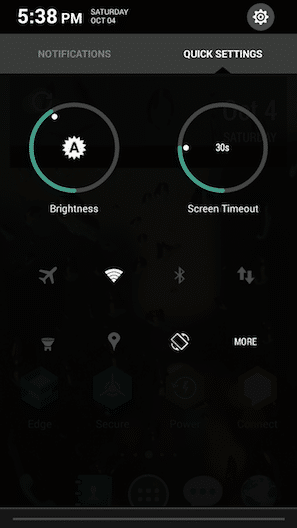 As you’d expect, the HIVE UI is a massive departure from stock Android. XOLO has completely redesigned almost everything from Notification panel to lock screen to quick settings to dialer. The best part is that all these things can be customized further by switching Themes. In addition to in-house themes, XOLO has partnered with renowned designers to bring their own themes to HIVE. Much like MIUI, you can customize virtually everything by changing themes on HIVE.

But the problem is consistency. The iconography isn’t consistent, something which we can pardon for a v1.0 effort. The built-in apps like Fusion music player don’t gel well with the rest of the design, and look out of place. The navigation is filled with transitions and animations, which generally look good, but adds some lags here and there. The quick settings panel has been redesigned as well. You can see two big circular dials to control the screen brightness and timeout settings. That looks a bit forced as not many would bother to keep changing the screen timeout so frequently to warrant a big dial. There are smaller icons for the rest – WiFi, Bluetooth, GPS etc which could have been made bigger to use up the screen real estate. 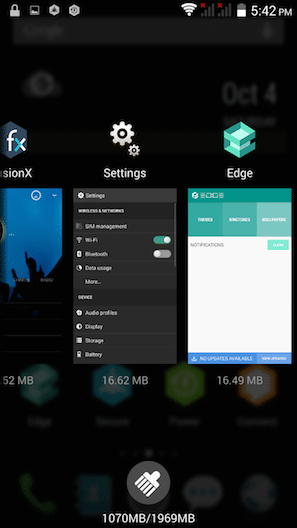 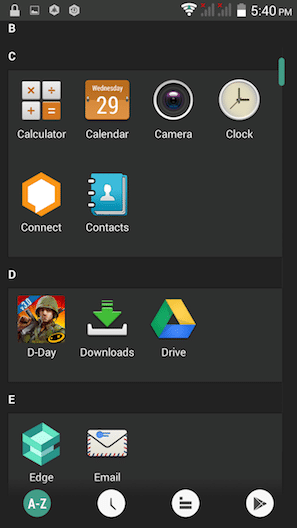 There are four new built-in apps on HIVE – Edge, Secure, Power and Connect. Edge is a store for themes, ringtones and wallpapers, but with a social angle. Once you register, you can vote and comment on the store contents. Most things in here are free, but XOLO has plans to make it a marketplace for designers to showcase their special themes for a price. Then there is Connect which is another social app designed to let you communicate directly with the Xolo team regarding support issues and feature suggestions. This is a great concept by itself, but XOLO should figure out how to streamline the comments and complaints. This is also the place to find Software Updates. Secure is an anti-theft solution that lets you track a lost or stolen phone, lock or wipe it out remotely, and back up your contacts and messages. And finally, Power lets you enter the power saving mode for extended battery life, and also shows you which apps are consuming most battery. 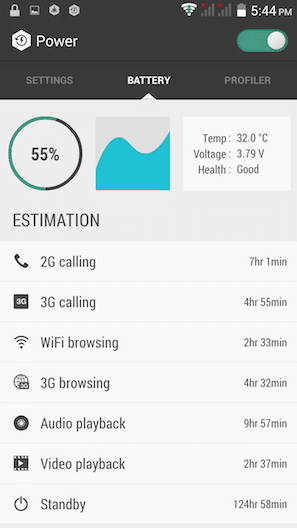 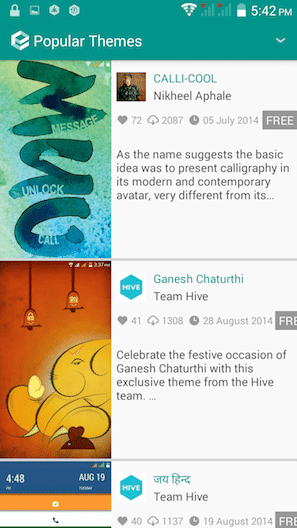 The redesigned Contacts, Dialer and Messaging apps clearly show the amount of work that has gone into the design of these apps. These are one of the most used sections of a smartphone, so making them useful and attractive for users is very important, and XOLO has done just that. The camera and gallery apps are redesigned as well and look great. The default music player, FusionFx is also reskinned. The only problem is that the designs aren’t consistent enough across these apps.

Octa-core processors are the new buzzwords in tech media. Running with a 1.4GHz octa-core processor and 2GB of RAM, XOLO 8X-1000 is a decent performer in general, but has some limitations. We aren’t the ones who care much about the benchmark tests, but would rather observe its performance in day-to-day usage. In reality, 8X-1000 isn’t as snappy as either the Zenfone 5 or Moto G. The phone stuttered when running multiple apps and while changing themes. We had to reach out for the ‘Sweep Memory’ button which is present in the multi-tasking menu (much like MIUI) more frequently than we would have liked. But it still held up quite well when playing resource intensive games like Asphalt 8 and Riptide GP 2. 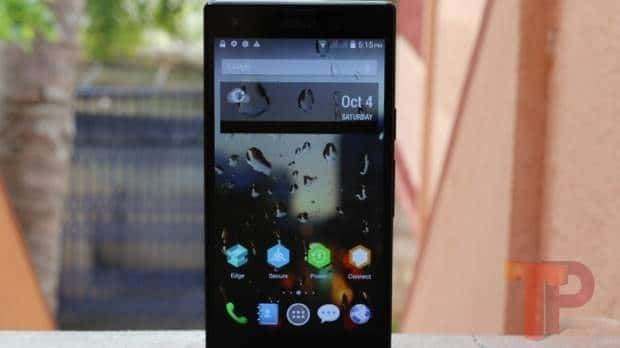 The built-in speakers provide pretty loud output. Audio quality is crisp and clear. Video playback too is a strong point as the phone can play FullHD videos in almost all popular videos with ease. Call quality is good too. But its achilles heel is the battery. The 1920mAh battery is too small to power a 5-inch screen with octa-core processor and 2GB RAM. We could hardly ever get through a day without reaching out for the charger.

The 8MP camera of Xolo 8X-1000 is really good for the price and one of the highlights of the phone. It uses an Exmor-R sensor with a fixed f/2.0 aperture. Daylight performance is particularly good with images coming out sharp and clear without losing details. Low light performance too was decent, a bit oversaturated at times, but clearly with lesser noise than most other phone cameras in this price range.

The front camera though is below ordinary with heavy noise filtering spoiling the details. The camera app has loads of options to tinker around. here’s a Pro mode that gives you control over white balance, ISO and exposure level. The rest of the options include voice triggering, face detection, burst, a self timer, electronic stabilisation, and image or video quality. You can pick between different filters – such as sepia, dark and white – and the usual shooting modes, such as Auto, Pro, HDR and Panorama. 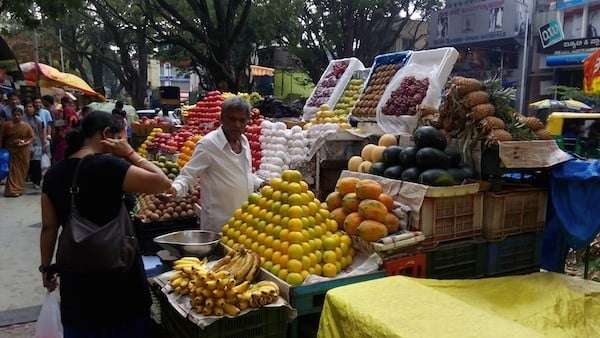 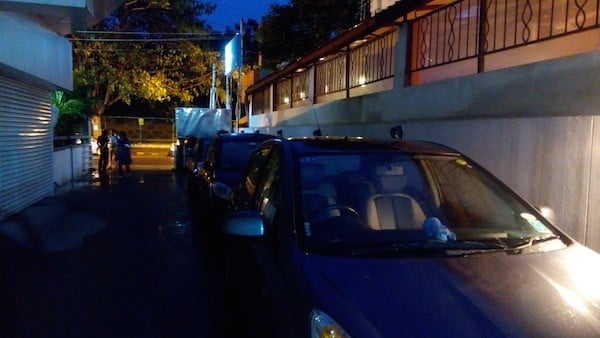 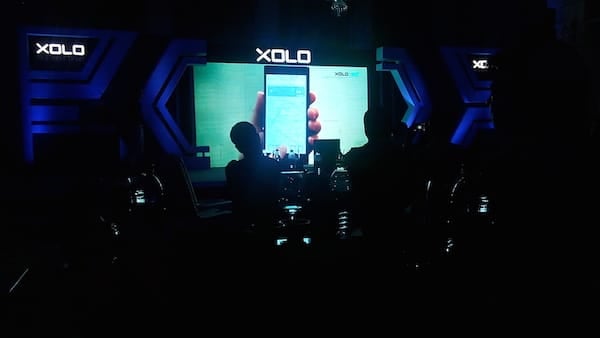 Xolo 8X-1000 is a great first attempt from XOLO with their new HIVE UI. The phone scores high with its glass & plastic build, as well as decent display. The software with refreshing new look, and the 8MP camera are its highlights. But the phone struggles with a below average SoC and less than optimal battery performance. 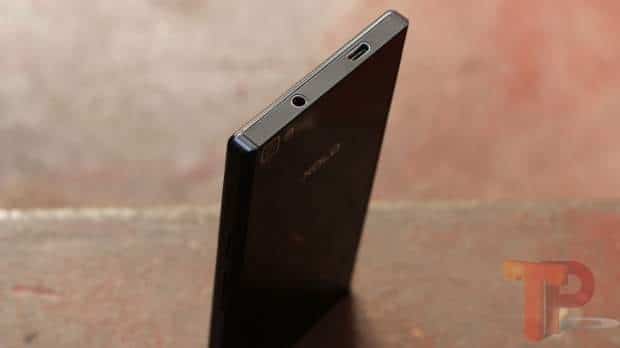 If you are keen on trying something new rather than the same old stock android and usual android skins, give 8X-1000 a go. If not, there are better performers in Moto G and Zenfone 5 (unless Xiaomi brings back Mi 3). HIVE UI is bound to get better in coming days and months, and we can’t wait to see how it progresses from here.