Lately, there’s been a love-hate relationship between Samsung and Qualcomm, mainly because Samsung is saying that the latest Snapdragon 810 processor is causing heating issues. Thus, the South Korean company has decided to ditch the processor and opt for its own, in-house solution. And Qualcomm has responded by saying that there are still plenty of premium tier devices that will pack the Snapdragno 810. 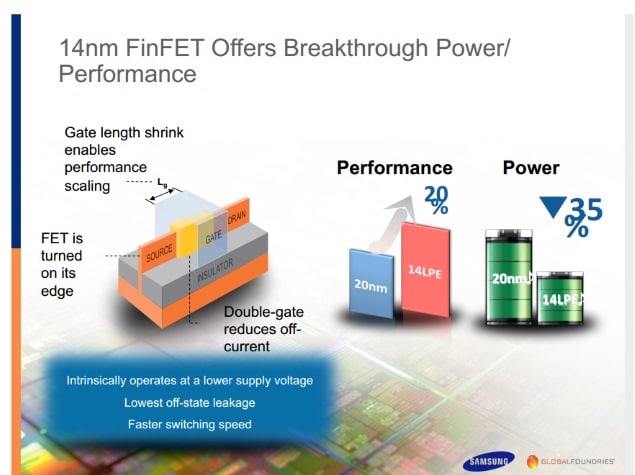 As the Galaxy S6 is expected to be unveiled at the beginning of March, at the MWC 2015 event in Barcelona, Samsung has announced that it has begun mass production of its mobile application processors on its 14nm FinFET process technology. The first processors to use Samsung’s new technology will be the Exynos 7 Octa series.

It’s almost for sure that this processor will be used in the upcoming Samsung Galaxy S6, and Samsung claims that its new mobile processor is up to 20 percent faster and uses 35 percent less power than the previous generation. Gabsoo Han, the Executive Vice President of Sales & Marketing at Samsung said this: 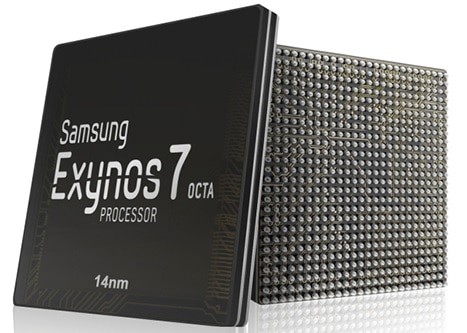 Samsung’s advanced 14nm FinFET process technology is undoubtedly the most advanced logic process technology in the industry. We expect the production of our 14nm mobile application processor to positively impact the growth of the mobile industry by enabling further performance improvements for cutting-edge smartphones.

Samsung says that this new fabrication capability has been possible thanks to its massive R&D investments in the FinFET technology since the early 2000s. It’s also worth pointing out that Samsung’s foundry business makes processors for Apple and other outside clients. Therefore, if deemed capable, this new technology could make its way into other products, as well. It’s hard to believe that Samsung will keep it just to itself, thus letting it pass by a great chance to turn a good profit.

Was this article helpful?
YesNo
TechPP is supported by our audience. We may earn affiliate commissions from buying links on this site.
Read Next
How to Use Android Phone as Webcam for PC
#android #galaxy s6 #qualcomm #samsung