I know you’ve missed our usual weekly roundup with some of the best new Android apps and games, so we’re back, as always, compiling only the best of the best. If you missed the previous collection, go ahead and have a look at it now, and you’ll find there such titles as Mortal Kombat X, Plunder Pirates, Yallo and others. Also, check out our sister roundup with some of the best new iPhone and iPad apps, as well. This time, we too have a lot of awesome apps and games to share with Android users, so go ahead and start reading!

Grim Fandango is a dark comedy neo-noir adventure game which was originally released back in 1998. The game has now been remade into the Grim Fandango Remastered title for Android users, featuring repainted, hi-res character textures, new, dynamic lighting, classic score re-recorded with a full live orchestra, over 2 hours of exclusive developer commentary, concept art browser and more. Described as ‘one of the most acclaimed adventure games of all time’, this game is a worthy addition to the Play Store. 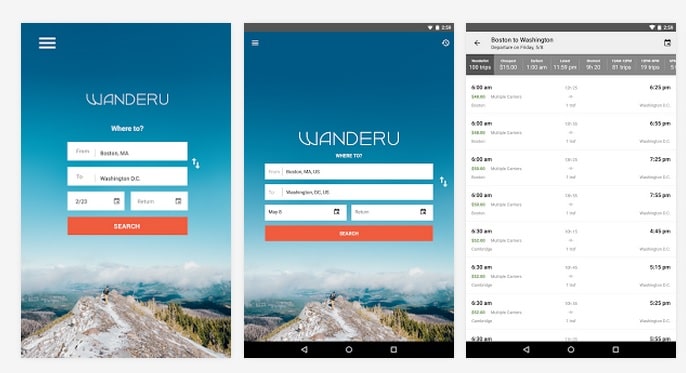 A brand new app for Android users, Wanderu searches hundreds of bus and train companies to find you the best travel deals. The app pulls deals from Amtrak trains, Greyhound buses, Megabus, Boltbus, Peter Pan Bus Lines, Adirondack Trailways of New York, Turimex Grupo Senda, Red Coach and more. It comes with a very easy to use and well-designed user interface, but you should know that the app is restricted to USA users only.

Earn to Die 2 sequel from Not Doppler is a new racing game where you have to drive your car through a zombie apocalypse. Following up on the success of the first game, the sequel introduces a massive new Story Mode, which is five times longer than its predecessor. Furthermore, the levels are now multi-tiered, as you can drive across decayed highway overpasses, via underground tunnels, or smash through epic zombie filled factories. You are also able to unlock and upgrade 10 different vehicles, including a sports car, a fire truck, and even an ice-cream van.

Another sequel to a popular game, Twin Runners 2 has been released on the Google Play Store as an even more challenging title. The developers say the game has a ‘ultra-Addictive hard and frustrating gameplay’, and you have see that from the above trailer. It also gets a  A practice mode to learn tracks, offline play, leaderboards and achievements.

Jurassic World is perhaps the most awaited game of the next month, when it’s said to hit theaters from all over the world. And as you’re getting ready for the big launch, you might be interested in the official Jurassic World: The Game Android title, as well. Inside the game, you will be able to collect, hatch and evolve more than 50 unique dinosaurs; construct and upgrad iconic buildings & lush landscapes; challenge opponents from around the world and also interact with characters from the film. You will also be able to choose from multiple card packs and earn daily rewards.

Broken Age is another game from Double Fine Productions developer, the same team behind Grim Fandango Remastered. Described as a ‘family friendly, hand-animated, puzzle-filled adventure game’ the game features an all-star cast, including Elijah Wood, Jack Black and Masasa Moyo. The game is touted as a ‘timeless coming-of-age story of barfing trees and talking spoons’, and as you can see from the above trailer, it is really-well made and has an artistic touch to it.

If you use the Chrome browser on your Android smartphone or tablet, and you are also curious to try out all the newest features, then perhaps Chrome Dev is the app you need to install on your handset. You can install Chrome Dev alongside other channels of Chrome for Android, and then you can try out the latest features and also use the app to give early feedback. 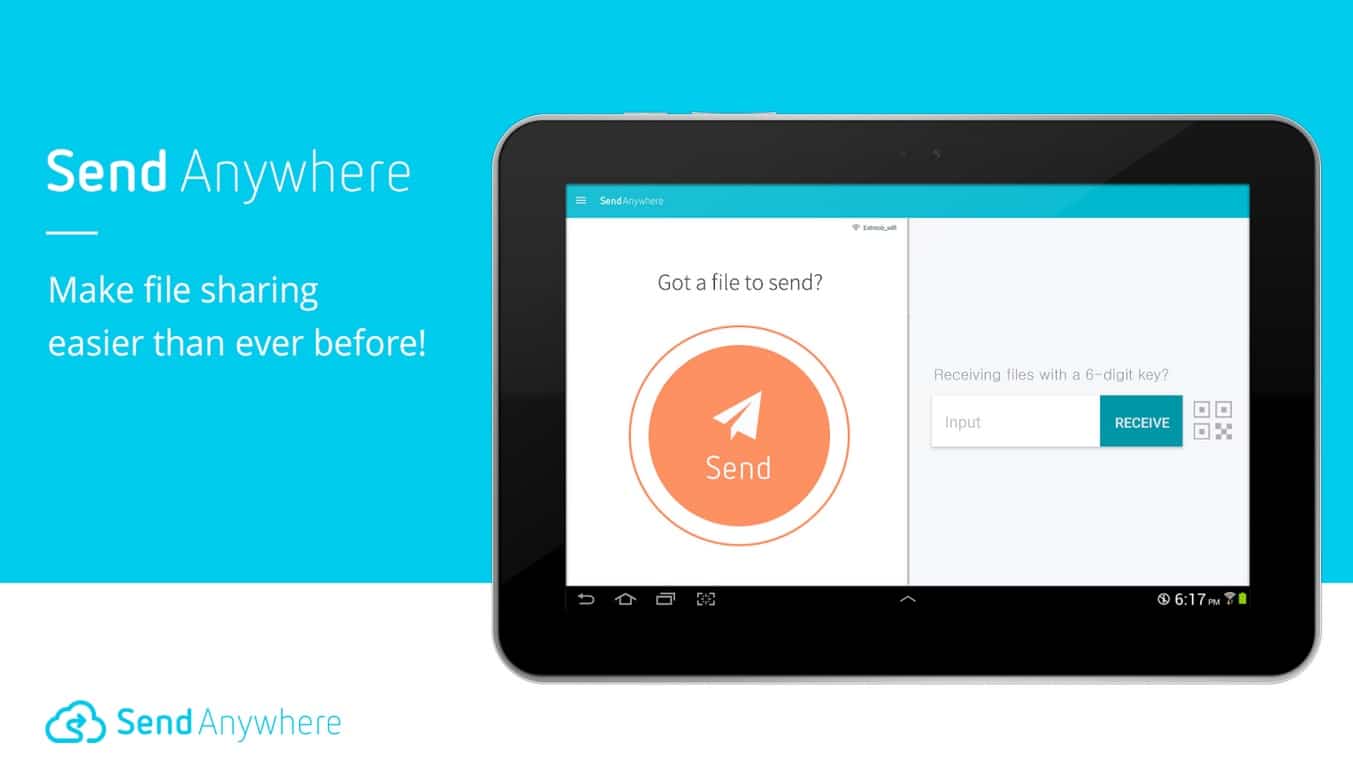 There are many Android apps which can help you send easily files, but there are just a few which can act as multi-platform file sharing services where users can directly share digital content in real time. One such app is Send Anywhere, which lets you use it with no signup or login required, as it only needs a 6-digit key to pair devices. The app is free and unlimited, so you can send any type of file, of any size, as many times as you want. Even more, there are no limits on how much you can send, which makes this a must-have app.

BitTorrent Inc has launched a new encrypted messaging app called Bleep, and we’ve actually covered its release here on Technology Personalized. You can use the app by signing up with your email, mobile number but you can also go incognito. The app lets you send and receive online and offline text and images, make and receive voice-calls over cellular data or WiFi to other Bleep users, import your address-book contacts, invite friends over email, SMS or share your public key. BitTorrent ensures that messages are sent fully encrypted and stored locally. 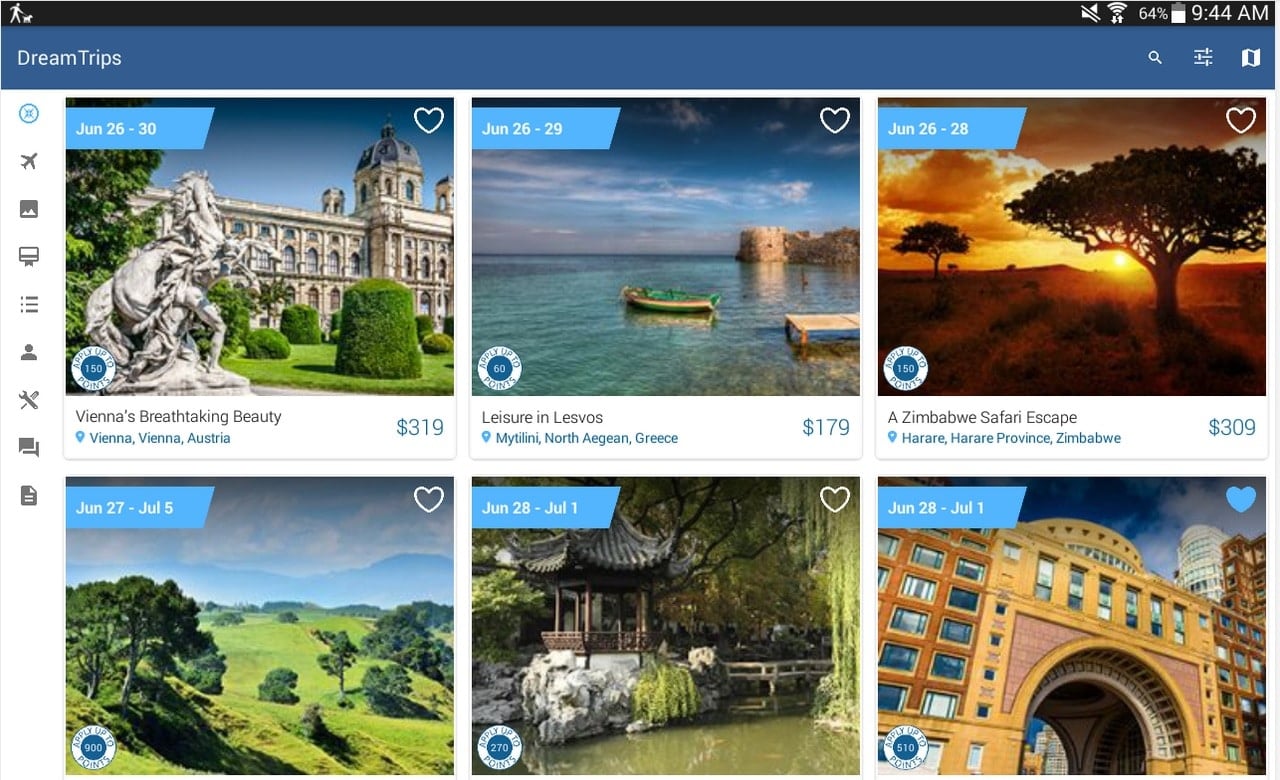 I bet that there are dozens of places in this world that you’d like to visit. I know for sure that my list covers hundreds of locations, but sometimes it’s hard to keep track of all of them. That’s where such an app as DreamTrips comes in. The app lets you create a DreamTrips bucket list, share your favorite DreamTrips moments and view photos from past DreamTrips, as well. If you travel a lot, then this app is worth checking out.