Windows 10 — from what we have seen on the preview builds so far — has been shaping out to be a pretty solid improvement over the two years old, Windows 8.1. The latest iteration to the desktop operating system offers plenty of new features and performance improvements and brings stability. That said, it has been largely unclear how exactly Microsoft plans to seed it out to users. Until today, that is. 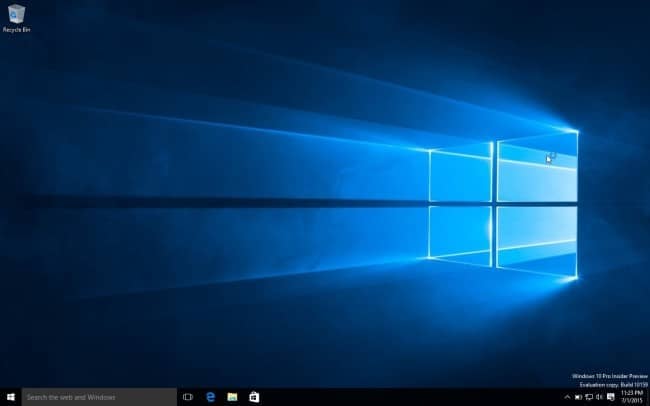 Today, the company is chalking out how — and when — exactly people in different echelons will be able to snag a copy of Windows 10 for themselves. Terry Myerson, who heads Windows operating system, in a blog post mentioned a number of new things that anyone who wants to purchase Windows 10 would want to know.

The company, as you may remember, began to allow Windows 7 and up users to reserve a copy of Windows 10 last month. It announces today that it has received “millions” of such reservations. Myerson says that starting on July 29, Windows Insider participants will start to receive the update. Two key points here: Windows 10 Insiders are the first people to receive the final build of Windows 10 — also referred to as RTM (Released to Manufacturing). Secondly, the use of the word “starting” is not a semantic error.

But why? Thanks for asking. The idea — also true for the Insider program — is to test Windows 10 completely before it reaches your system. Microsoft doesn’t want to rush it. The company says that this “slow roll out” will help it understand and react responsibly to the initial impact that the upgrade process will have on its aimed billions of devices out there.

The company, for the first time, also acknowledges that it is changing gears on how it treats Windows. Until now, Windows has been considered as a product, but starting with Windows 10, it is being marketed as a service. We had mentioned this exact possibility two months ago.

“For the first time, we will deliver Windows as a service, with the commitment to offer ongoing innovations and security updates to you. In this world, Windows 10 is continuously improved and keeps getting better and better – for our consumer and business customers. We’re incredibly proud of the progress we’ve made and believe we are nearly ready to ship Windows 10 broadly to the world,” Myerson writes.

“In our testing of millions of systems, we’re seeing full compatibility today with the vast majority of Windows 8x and Windows 7x systems– and we are not yet done, we will never be done – we will be continuing this application and device compatibility work every day as part of our ongoing commitment to Windows as a service.”

Okay, so when does an average Joe will get to purchase Windows 10. Weeks after July 29. As usual, the new operating system will be sent out to OEM partners who will first make sure their devices support the new OS, and then ship it to retail stores and make available guides to help their customers get the latest update.

The bottom line of it is this: Microsoft wants you to install Windows 10 on your computers, and it wants to make sure your experience on it is not spoiled by any bugs.

Was this article helpful?
YesNo
TechPP is supported by our audience. We may earn affiliate commissions from buying links on this site.
Read Next
Alt Tab Not Working in Windows 11/10 [Fixed]
#Windows 10 #Windows as service