Your TV is Watching What You Watch; Vizio Reveals How It’s Done

Vizio has been one of the most aggressive players in the smart TV market and after having sold nearly 15 million televisions till date, the company recently went public. Vizio is yet another story of a volume centric consumer electronics manufacturer who managed to sell staggering number of their products with slimmed down profits ($31.4 million in the first six months of this year). 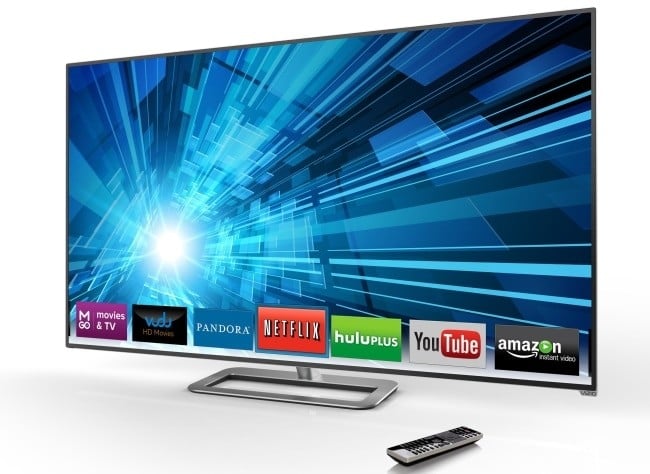 The company on the other hand seemed to be sure of coping up with the profits as they claimed to have “a game changer” feature that is already built into its smart TVs. The IPO documents further render some insights on how Inscape Data Services manages to capture 100 billion viewing data points from a whopping eight million connected TVs every day. In essence, every Vizio TV is actually tracking each and every stuff you watch/access on the TV and aggregating the same to make some useful deductions about the users.

The things start getting worse when we realize that Vizio has actually allowed a third party vendor to collect data from all the apps installed in the TV including gaming consoles, Netflix and streaming devices. This data will prove to be a treasure cove for advertisers and an outright violation of privacy for the users, unless they signed up for it explicitly.

Vizio has a different take on this and said that “watch what you are watching” feature is the new way to deliver more relevant, personalized content, but this entire ordeal raises questions about the users privacy and what if Vizio tries to make some quick bucks with the information. According to Newsy, the IPO filling documents says that users can opt out of the data collection but fails to mention how they can do so and the number of customers who have already opted out.

Since we are living in an era of interconnected devices it is but essential for us to be cautious about how our digital consumption is being tracked. Mammoth corporations like Facebook and Google already seem to be benefitted by their web tracking policy and it is only matter of time that all the other corporations jump into the fray. Tracking user activities isn’t evil per se, but doing it stealthily without letting users know that they are being tracked is definitely evil.

Also, this isn’t the first time we have come across Smart TVs tracking users. Sony, LG, Samsung and others have been found to be tracking what users watch on their Smart TV. While Sony and LG explicitly ask for your permissions, Samsung and Toshiba were found to make it impossible to opt out of the tracking program while still using the Smart apps.