Already consumed our previous list with the best new Android apps and games? Well, then it’s time to have a look at some of the newest Android apps and games that have appeared since that moment but also at some more that didn’t make it into the previous roundup. So go ahead and grab your devices and get downloading!

There are have been countless of Angry Birds-themed games since the original game was outed, but only recently has Rovio decided that it’s time to come up with once that’s called Angry Birds 2. The new game lets you choose the bird that you want to sling, it comes with multi-stage levels, lets you challenge other players and make use of spectacular spells, as well. The game is actually pretty fun, so go ahead and give it a try.

Yahoo! was expected to come with a brand new app that’s meant to give new life to Yahoo Messenger, and it has done so in the form of Yahoo Livetext. The app is based on live video texting without sound. Thus, this way, you can communicate with your friends and family even if you are in a place were you can’t talk or use sounds. So if you feel that this specific feature could interest you, go ahead and give it a try.

If you’re a fan of MOBA (multiplayer online battle arena) games, then you need to give Vainglory a try. The game comes with a stunning world with ultra-high fidelity graphics and lets you play with precision controls. There are fast-paced, 20-minute matches and an immense variety and flexibility in item builds for each hero. You can also party up with friends or follow matches in spectator mode. It’s also possible to collect cards and trade them for hero skins. The game has received high praises from gaming websites so it’s definitely worth a try. 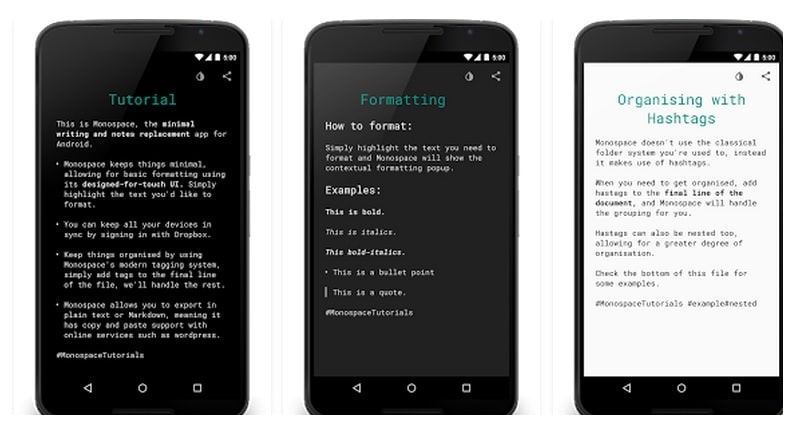 There are dozens of note-taking and writing apps on the Google Play Store for Android users, but if you’re the minimalist type, then Monospace Writer is an app worth checking out. The app supports Bold, Italics, H1, H2, Bullet and Quote formatting styles and the Dropbox integration allows for instant cross-device sync, as well. You can further export data via Markdown, allowing you to copy and paste in Wordpress, Tumblr and others. I’ll definitely give it a try and see whether I can include it in my daily work routine.

We’ve got tons of things to do in these super busy times and our smartphones are of great help in many situations. Kono is a new Android app which is described as the world’s best virtual assistant that schedules your meetings for you, be it a conference call, lunch, or a hang out. It’s really easy to start using the app – you just need to type in what you want to do and who you want to invite, then you select what times and locations work for you based on Kono’s recommendations and in the end you just send the invite! Have a look at the video from above to see how the app works.

If your children are using smartphones, then you can at least make sure that they are using creative apps and games. Disney Creativity Studio 2 is one such title as it lets the little ones enjoy coloring pages with such characters as Cinderella, Rapunzel, Ariel, Merida, Belle, Jasmine, Aurora, Mulan, Snow White, and Pocahontas. The app comes with endless combinations of creative tools and also lets you customize and share your creations. 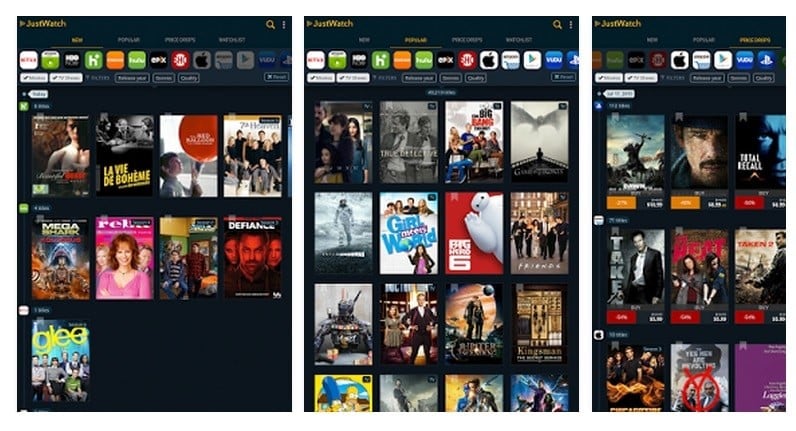 JustWatch is a new Android app which lets you find out where to watch movies and TV shows that are streaming online. The app is seeking content from the following services – Netflix, HBO NOW, Amazon Prime Instant Video, Hulu, Crackle, iTunes, Vudu, XBOX, Playstation, realeyz, Mubi and Fandor in the following countries – U.S., Australia, New Zealand, Brasil and Germany. This is a an app that movie buffs simply must check out.

Battle Golf isn’t exactly a sports game, even if it sounds like it. As you can see from the above gameplay, this new Android game is incredibly simple and very easy to play, which probably makes it very addictive. I know because I’ve been playing it for the past half hour, so don’t say you haven’t been warned.

A Day in the Woods (Free)

A Day in the Woods is a truly beautiful puzzle game, and I can attest to that after playing it today. Your goal is to ‘sneak past the big bad wolf, avoid massive spiders and distract bears to solve each level and get Little Red Riding Hood safely to Granny’s house‘. You play 60 different levels puzzles as you challenge yourself to reach Granny’s house. Along the way you will unlock sprite elements, season backdrops and will enjoy the wood-cut style art and fairy-tale feel of the game.

Described as ‘an incredible new kind of gallery, perfectly tuned for speed, efficiency, and ease of use‘, Focus is a new Android app which looks to improve the functionality of your gallery. The app lets you tag your photos to keep them well organized allowing you to access any image, gif, or video on your device’s storage directly from the main screen. Go ahead and give it a try, you’ll instantly fall in love.