Don’t know about you, but I’ve always been terrified regarding my WiFi, being afraid that it might somehow affect my health. But soon I realized that there’s really nothing I could do about it, and even if I would turn off my WiFi, I’d still be affected by the waves coming from our neighbors. 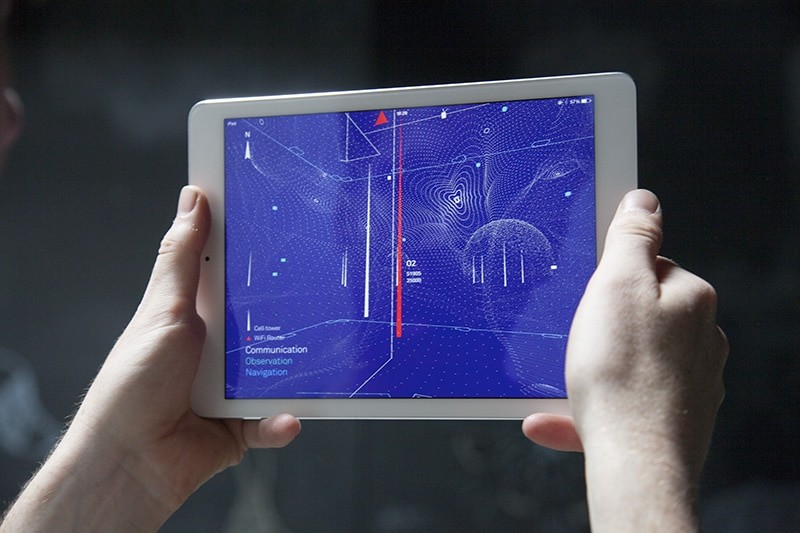 So if you too are curios regarding your invisible WiFi network, you should know that there’s now an app which uses augmented reality to visualize the network of radio waves that surround us. Developed by Dutch designer Richard Vijgen, the app is meant for iPad users but at the moment it’s not yet available.

Called ‘The Architecture of Radio’, the app will be on display at Germany’s ZKM | Center for Art and Media from September 2015 – April 2016, and that’s when it’s expected to become available for download. To learn more regarding the app, you can have a look at the video from below. The guys behind the app say the following regarding it:

The infosphere relies on an intricate network of signals, wired and wireless, that support it. We are completely surrounded by an invisible system of data cables and radio signals from access points, cell towers and overhead satellites. Our digital lives depend on these very physical systems for communication, observation and navigation.

You should know that besides revealing your WiFi network, the app also brings to life the invisible traffic of smartphones, GPS units, cell towers, overhead satellites, and more.

Was this article helpful?
YesNo
TechPP is supported by our audience. We may earn affiliate commissions from buying links on this site.
Read Next
How to Factory Reset an iPad and Erase All Content [2023]
#ipad #wifi