WhatsApp has been coming up with new features every now and then, but it still misses out on a very important component, video calling. While the rumor mill says that the messaging platform is indeed looking out to bring out the video calling feature, it will take some time. In the meanwhile, Rounds Entertainment has come up with its Booyah video chat client that would interface with WhatsApp and bring video calling to the same. 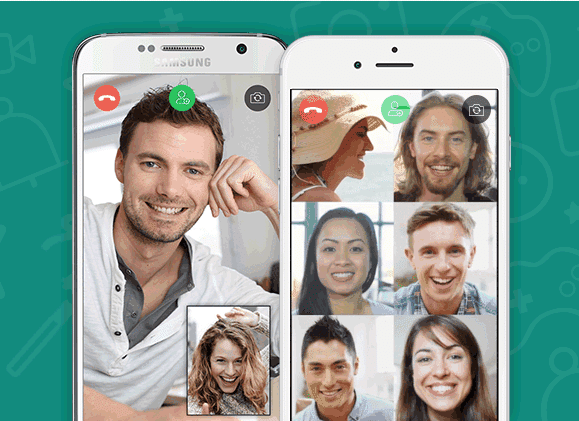 The silver lining comes in the form of group video chatting, a feature that Skype managed to incorporate only recently. The app will fetch all the WhatsApp contacts and basically acts as an overlay for the video calling. The developer is no alien to the messaging app overlays as they already have an app called “Rounds,” which will let you chat with your friends on Facebook, similar to Messenger. The Booyah app will not require any of your credentials or a separate signup, just hook up WhatsApp with Booyah, and you will be good to go.

The App makes good use of the WhatsApp social graph, and the app is currently only available on iOS, but the company says that the Android version is in the pipeline and will be released soon. Booyah currently supports a group chat of up to 12 participants. Considering the fact that we are always logged in on WhatsApp, it kind of becomes super easy and more accessible than Skype.

Related: How to Use WhatsApp Call Link

Booyah will still have an edge even after WhatsApp bakes the video chat option as the latter would only be offering one on one chat, at least initially. Ilan Leibovich, CIO of Rounds, further also revealed that Booyah is designed to be platform agnostic which means that it can be ported across different platforms easily. If you want to give Booyah a spin, head over to the App Store link.

TechPP is supported by our audience. We may earn affiliate commissions from buying links on this site.
#Booyah #WhatsApp Video