Samsung’s upcoming Note handset has been creating buzz around the smartphone industry for quite some time now with leaked images and unhinged rumors. However, today, Evan Blass a.k.a. evleaks has yet again managed to get some exclusive shots revealing a couple of Note7 (spacing is correct here) press renders leaving nothing to the imagination and also, confirming that the Korean tech giant will be skipping the sixth generation to form consistency around the lineup. 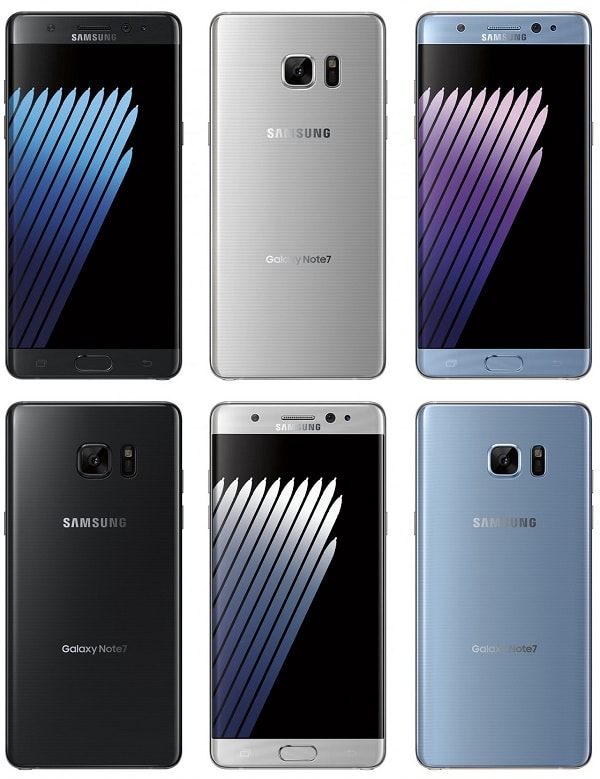 As expected, the upcoming handset will borrow design cues from the Galaxy S7 Edge and features the signature squared-off corners for better ergonomics. The edges have been curved sustaining a much appealing design and the back material seems a bit off, probably to provide a better grip. Additionally, it holds the usual arrays of front capacitive and home button housing the biometrics sensor and the extremely hyped iris scanner on the top. Moreover, the image further discloses the three color variants including Black Onyx, Silver Titanium, and Blue Coral.

Blass, recently also posted some hardware specifications including a 5.7-inches Super AMOLED Quad HD panel, 64GB of onboard storage with MicroSD expansion, IP68 certified 12MP rear and 5MP front cameras. Of Course, there’s going to be an updated S-Pen with new software enhancements. It’s quite certain Samsung likes to stay ahead of the curve and the Note7 might sport 6GB of RAM along with a high-end Exynos processor. Samsung has been doing astonishingly well in the market lately with the successful S7 series. Financial estimates for the second quarter are out and the smartphone giant has forecasted a significant record profit exceeding $6.8 Billion and any market estimates analysts predicted. The Note7 is definitely going to add flair to that unless they surpass price expectations due to the addition of Iris scanner. Right now, we can only wait for the official launch that will most probably be held on August 2nd.

Was this article helpful?
YesNo
TechPP is supported by our audience. We may earn affiliate commissions from buying links on this site.
Read Next
Samsung Galaxy Fold 4 Tips and Tricks: Get the Most Out of Your Phone
#Galaxy Note7 #samsung