Amidst increasing demand for air purifiers in India, thanks to the rising pollution levels, Xiaomi is prepping up to launch their own Mi Air Purifier 2 in the country on September 21. Apparently, a leaked screenshot by a tipster reveals that Xiaomi will be livestreaming their product launch on YouTube this time around – just like in the case of Redmi 3S and Redmi 3S Prime. 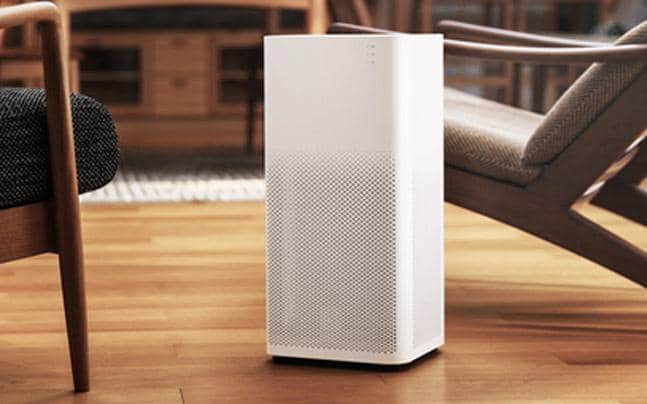 While Mi Home products including the Mi Air Purifier 2, Mi Cooker, Smart LED bulbs etc have been exceedingly successful in China and surrounding markets, Xiaomi had delayed the Indian launch so far. That said, Xiaomi VP Hugo Barra had however hinted about the company’s plan to launch the Mi Air Purifier in an around Diwali during the Mi Max launch in India. Now the upcoming YouTube stream stating a “breath of fresh air” makes it even more clear, leaving very little doubt in our minds that the launch in question is that to the Air Purifier.

It’s however interesting so Xiaomi considering their Air Purifier as the first Mi Home product to introduce in India. Possibly, increased sales of air purifiers in India from other brands have triggered the move. Just in case you are unaware, Xiaomi’s Mi Home range of products include a wide range of gadgets including Mi Rice Cooker, Mi Washing Machine, Mi Pen etc.

Initially launched in China last year alongside the Redmi Note and the Mi Pad 2, the Mi Air Purifier offers a great value for money. At 699 Yuan (Rs 7,250 approx.) it is cheaper than its old generation by 200 Yuan. Despite that it is a marked upgrade over its predecessor. The Mi Air Purifier 2 is not only slimmer and compact than its last generation, but also boasts of higher air cleaning rate of 388 cubic meters/hour; up from 330 cubic meters/hour. That aside, Xiaomi claims that their Mi Air Purifier 2 is about 58 percent more power efficient than its predecessor and makes just 30db noise when switched to night mode.

While not much information regarding the Indian price is known so far, expect it to retail via the Mi Store at around Rs 10,000. It’s also worth noting that Xiaomi will be selling air filters for the Air Purifier 2. As for the pricing in China, the standard filter costs 149 Yuan (Rs 1,500 approx.) while the enhanced one is priced at 169 Yuan (Rs 1,700 approx.)