Imagination’s stock price plunged as much as 69 percent when it announced that Apple would stop using its GPU for its SoCs. Just a few weeks before, I had written an article highlighting how it was becoming crucial for smartphone vendors to control the silicon that goes into their smartphones. Apple’s move to drop Imagination’s PowerVR line and develop its own line of GPUs further reaffirms that. 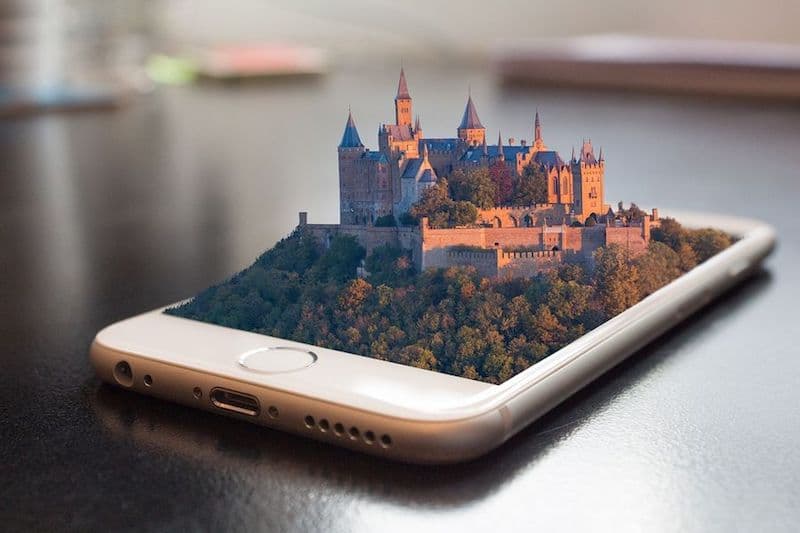 Apple has already proven that it is a capable chip designer considering the stellar performance that its Ax series of chipsets has constantly churned out. Ever since the A7 launched as the first 64 bit ARM SoC, no other player has been able to beat Apple in terms of single core performance. In fact, with players like Qualcomm moving to BoC (Built on Cortex) like solutions, Apple’s lead might as well extend even further in the CPU space.

So why drop such a good partnership and go all in-house in the GPU space?

Driving into the future…on an Apple Car!

The answer to that lies in the fact that GPUs would be increasingly instrumental going forward in almost all the fields that Apple is expected to expand into. At its core, Apple is a hardware company – it is where its stronghold lies. When viewed through that lens, having control over their own GPU becomes a no-brainer for Apple.

There are a lot of important components that go into an autonomous vehicle such as LIDAR but GPUs are definitely a crucial component. Considering the lack of well-developed mainstream fixed function hardware for AI processing, GPUs have emerged as the clear replacement at least over the short- to medium-term periods. Companies such as NVIDIA have soared high in the stock market by providing GPUs for, among various things, autonomous cars. Just like how having its own custom CPU in its SoC gave Apple an edge when it came to smartphones, it is not difficult to imagine an Apple car having the same edge because of a custom GPU.

Apple has clearly been pushing hard at positioning the iPad as a replacement for laptops as witnessed by the launch of iPad Pro. The iPad Pro is aimed at creative professionals considering the presence of the Apple Pencil. In fact, at its launch event, Apple called Adobe on stage for demonstration purposes. If there is one thing that Adobe or rather any other graphics-heavy apps need to perform well, it is the presence of a powerful GPU. Yes, Imagination’s customized version of PowerVR was already powerful enough for most use cases but just like it upped the ante in the CPU space of SoC with its A7 processor, there is nothing stopping Apple from pulling off something similar in the GPU segment.

Just like it has been trying to position the iPad as a potential laptop/desktop replacement, it has long been rumored that Apple wants to replace the Intel processors in MacBooks with its own ARM processors so that they could get better battery life. Now, Apple already has work going on at the CPU side of things in the form of its custom architectures that are improved upon every year. What is remaining is work on the GPU side of things. A custom CPU+GPU SoC definitely makes for a more compelling alternative in a MacBook.

…and getting closer to We Are VR!

Mark Gurman has written a very detailed piece on Apple’s AR ambitions. Indeed, a lot of analysts predict that AR and VR might be the next big computing platform after smartphones. However, current VR systems are binary. You can either settle for something like the Gear VR or DayDream VR headset and a sub-standard performance or you could buy something like the Oculus Rift or HTC Vive but have to deal with a lot of wires and be tethered to a PC all the time. The bottleneck over here amongst various other things are the GPUs. The current smartphones that Gear VR and DayDream plug into do not have enough power while the GPUs that do indeed have the required power for a full-fledged VR experience are only found on high-end PCs and laptops. If Apple can create a GPU that’s more powerful than the current crop found on smartphones while being at the same time smaller and less power consuming that the ones found on PCs/laptops then it could have a killer VR/AR device in its hands. There would, of course, be other challenges to solve but being able to strike a perfect balance between performance and power in case of GPUs would solve one of the biggest problems in AR/VR.

Last but not the least is the iPhone in itself, possibly Apple’s biggest revenue generator. Having a custom GPU can help Apple further improve the smoothness of the iPhone or help it in making it even smarter. Apple has, again and again, reiterated its stance on privacy. Part of fulfilling this stance on privacy includes processing data right within the device itself instead of uploading it to the cloud. Now, this might sound like a stretch but a better GPU would definitely help with AI.

Saving bucks, by not passing them to chipmakers

Apart from all the potential use cases for Apple, the other benefit is reducing dependence on a third party vendor and saving licensing fees. Considering the vast application of GPUs across Apple’s entire product lines, the amount of money Apple would have to pay Imagination to use its GPUs would only keep increasing over time. Apart from that, if Imagination is not able to deliver upon its GPU prowess in any particular year, then that runs a risk of spoiling almost all of Apple’s products to be launched in that year. When one looks at it from that angle, it is easy to see why Apple might want to go in-house with its GPUs.

Just ask any Android manufacturer what it was to not have any meaningful alternatives during Qualcomm’s disastrous Snapdragon 810 launch and it is easy to see why Apple might want to save itself such a fate in case of GPUs. Apart from this, Apple, thanks to Qualcomm, is well aware of what happens when one becomes over dependent on one particular supplier – the royalty rates get jacked up and one has no alternative but to pay or litigate, both of which are expensive affairs.

It is hardly surprising that Apple has decided to go in-house with GPUs. Considering the vital role that GPUs play in Apple’s current as well potential future products, it makes sense to maintain full control over the GPU so as to integrate it as much as possible with the rest of the device. Apart from the product fit is also the question of maintaining a consistent quality every year and saving on IP costs. If all goes well, it could be another winner for the company. Needless to say, we are watching with interest.

Was this article helpful?
YesNo
TechPP is supported by our audience. We may earn affiliate commissions from buying links on this site.
Read Next
How to Quickly Convert Images on iPhone and iPad Using the Files App
#apple #augmented reality #GPU #Imagination #Opinion #Virtual Reality