Throughout the span of last year, Amazon brought a large number of services into India. These include the Amazon Prime, Prime Video and its popular Fire TV dongle. That said, one of the major absentees from this list is Amazon Echo range of Alexa enabled smart speakers. A recent report from ET reveals that the e-commerce giant is prepping to debut its speakers into the country soon. 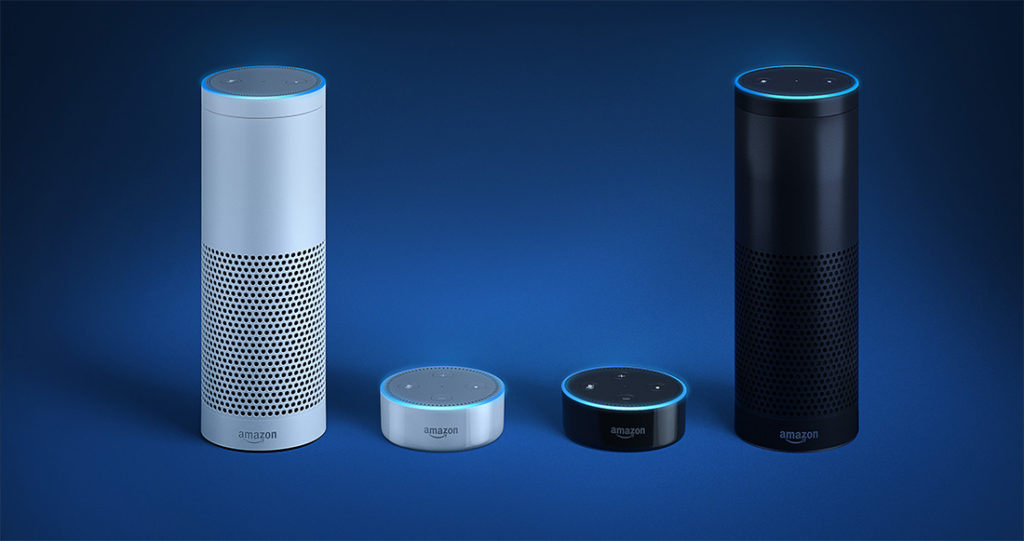 Amazon Echo offers a similar functionality when compared to the Google Home and Apple HomePod. Just like the latter two, the Amazon Echo comes with its own AI backed voice assistant called Alexa. The intelligent assistant is capable of undergoing an array of tasks simply via voice command. One can book a cab, movie tickets, plan a vacation, play a music from Amazon Prime and even buy groceries online using Alexa.

With that said, many of the Alexa’s features wouldn’t work in India due to a number of country specific limitations. The first and foremost issue arises with the two factor authentication system required for making payments in India. Thus, booking cabs or movie tickets won’t be a reality until the Jeff Bezos led firm comes up with a solution for this problem. Next up, is the language barrier. Amazon’s Alexa voice assistant currently understands commands delivered only in English. However, a vast majority of India users would like to communicate with their Amazon Echo speakers in regional languages.

Amazon has been testing out its Echo speakers in the country from the past month. It has in fact distributed its Alexa backed smart speakers to select company executives, business professionals and industry analysts. Incidentally, one of them told ET that he too is facing the above mentioned issues while using Alexa.

Some other features of Alexa including the ability to connect with WiFi to draft or send an email, text messages, setting up reminders and playing music and videos from Amazon Prime Video is working normally.

Amazon acknowledges the barriers while using Alexa in India. One of the company’s executives revealed to ET in conditions of anonymity that Amazon is closely working on a fix to tackle these issues. The senior executive further added, that Amazon plans to use India specific innovations like pass-phrases to bypass these barriers.

The report further reveals that Amazon would be pricing its Echo speakers quite aggressively when it debuts in India later this year. The e-commerce firm is expected to provide attractive launch offers in the beginning. Amazon had apparently followed a similar marketing strategy while launching its Prime Video services in the country earlier this year. Apart from that, the company is reportedly working on adding support for a number of Indian languages including Hindi, Tamil and Marathi to Alexa.

The Amazon Echo and Echo Dot speakers are priced at $179 and $50 respectively in US. It’s highly likely that the company will be launching it Echo Dot speakers initially, and then make a call on bringing the premium Echo speakers to India. It’s however worth noting that the Amazon Echo range of speakers won’t be the first Alexa enabled device to launch in India. Previously Delhi based e-commerce portal Yerha brought the Alexa powered iMCO smartwatch to the country at a price of Rs 13,900.

TechPP is supported by our audience. We may earn affiliate commissions from buying links on this site.
Read Next
12 Best Audible Alternatives: Top Free or Cheap Audiobook Apps [2023]
#Amazon #Amazon Alexa