The Galaxy Note 8 launch is just around the corner and just like always a new set of leaked photos have surfaced. It all started when serial tipster Evan Blass had published a single Galaxy Note 8 pictures only to follow it up with another set of pictures that depict the device in full glory. The new images show off the phone in literally all the angles along with the S-Pen stylus. 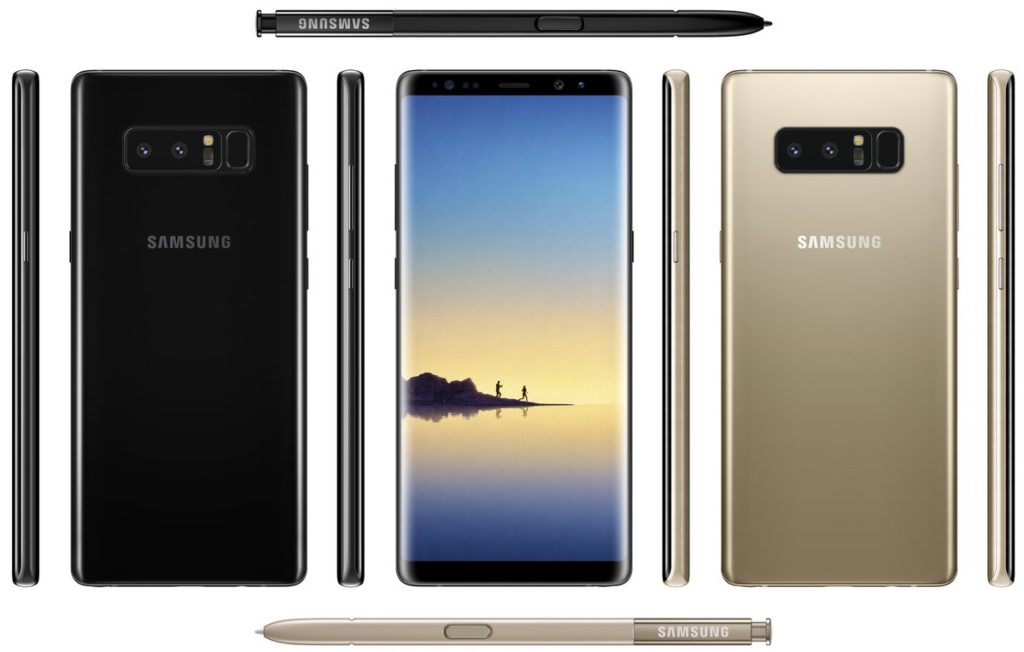 Samsung is all set to pull the wraps from the Note 8 this August 23, and if the leaks are to be believed, we will be seeing some major design changes. As per the images, Samsung employs the edge-to-edge infinity display that the company debuted with the Galaxy S8 while the rear comes with a square shaped pod for a dual camera unit, dual-flash, and the heart rate sensor. Much to my dismay, the fingerprint sensor is placed in the exact same position as the Galaxy S8, an ergonomic aspect that has been much ridiculed about in the Galaxy S8.

The good part, however, is that the Galaxy Note 8 seemingly employs a much slimmer bezel. The device also bakes in the Bixby Button on the right edge along while the volume rockers and the power buttons are housed on the left. Thanks to the much larger display, the infinity display hide the bezel better. Furthermore, it’s also likely that Samsung will retain the IP68 certification on the Note 8.

Samsung’s Note series has been known for its S-Pen Stylus, and we are pretty sure that the company will treat the stylus to some upgrades as well. All said and done Samsung is still carrying the burden of making it big with the Note 8 especially since so because of the Note 7 debacle that preceded last year.