Cab-railing service, Uber has re-launched its AUTO service in India and it’s now available in Bangalore. For rides up to four KMs, Uber AUTO costs a flat rate of ₹25 which is inclusive of a pickup charge of ₹15. Post that, it will add the regular fare of  ₹13 every kilometer. There’s also no per minute added cost unlike Uber’s other modes of transportation. 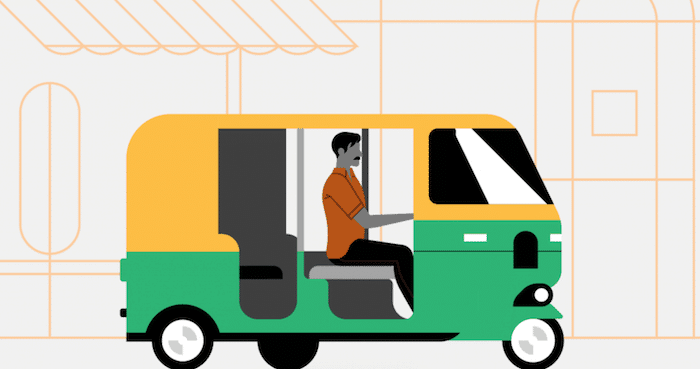 The option for summoning autorickshaws on the Uber iOS and Android app is available on the extreme left of the carousel on the bottom under “Popular”. It functions just like every other ride option and you can pay with either cash or any other compatible method like PayTM or credit/debit card.  In comparison, its direct competitor — Ola charges a marginally higher fee of Rs 29 for the first four kilometers. 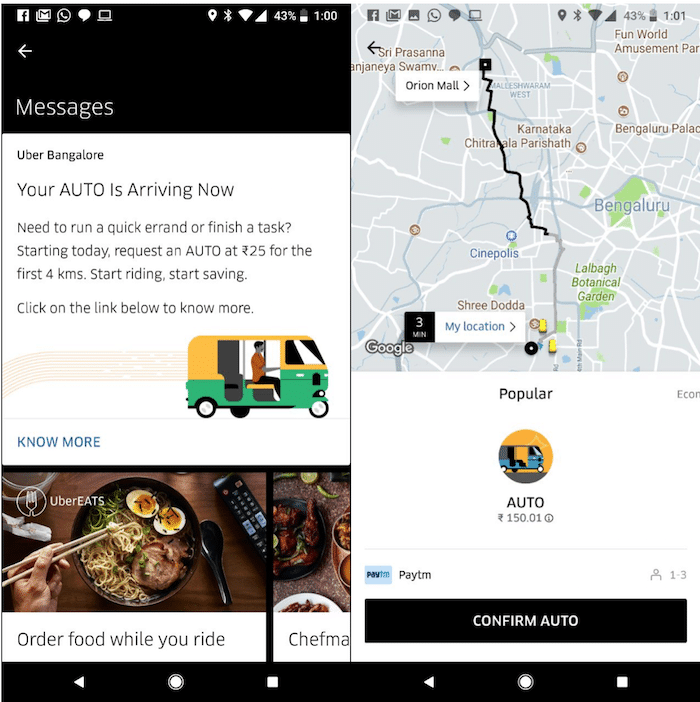 Uber AUTO was originally launched way back in 2015 in a few cities including New Delhi, Coimbatore, Indore, and Bhubaneshwar. In its second chapter, however, the cab aggregator company is bringing it to only two regions — Bangalore and Pune. Although, availability for the latter hasn’t been announced yet. On being asked about the re-launch and the lengthy halt by the Mint, an Uber spokesperson stated that the company had “paused the service to see how that side of India’s transport ecosystem evolves. Auto rickshaws are ubiquitous with mobility options in many Indian cities. To expand transportation choices for our riders, we are excited to launch AUTO in Bengaluru and Pune.”

Uber’s biggest threat — Ola Auto has been active in seventy-three of cities for over three years now. In that spell, the India-based cab hailing service has roped in roughly 1.2 lakh autos under its network which can be quite a challenge for Uber to overcome.

Was this article helpful?
YesNo
TechPP is supported by our audience. We may earn affiliate commissions from buying links on this site.
Read Next
What is UPI Lite and How to Enable it on Any Device [2022]
#Bangalore #india #Ola #Uber #Uber AUTO