It was not too long ago when Xiaomi entered the smartphone market in India (just a bit over three years). The company started really small, and many people expected it to be “just another Chinese company,” but Xiaomi turned out to be different. With its new models of communication and sales, it turned the smartphone market on its head with unconventional methods such as avoiding mainstream advertising and following a mainly online model. Now that it has become one of the top smartphone companies in the country, Xiaomi seems to be going a bit mainstream. The company that was known for not using traditional methods of marketing is now all about billboards, TVCs, radio ads and what not. And the latest in the list a commercial for the recently launched Redmi Y1, complete with a celebrity. And perhaps unintentionally a different device too!

Titled, “Love your selfie”, the Redmi Y1 ad is a 30-second ad that features Bollywood actress, Katrina Kaif. The ad basically is about how Kaif’s day revolves around her selfies and of course, her Redmi Y1. 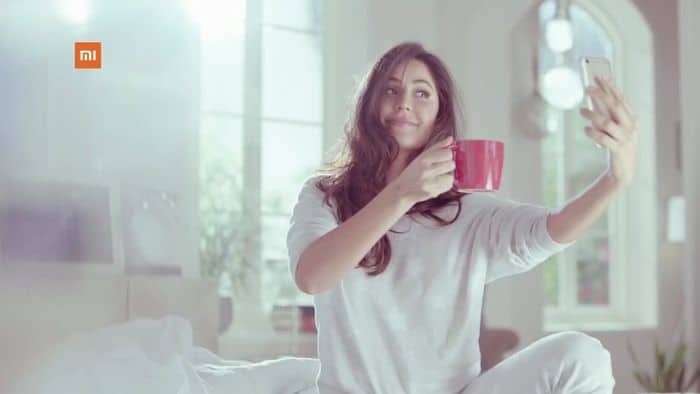 Then as her schedule moves and she goes for a shoot, the actress is shown taking selfies with the Y1 while everyone is struggling to get the scene for the shoot right. As the day ends and Kaif gets back home and gets ready for bed, the selfie scenario continues and she takes a few more selfies before sleeping.

The ad is supported by peppy background music, and a monologue by Katrina Kaif goes hand in hand with the selfies she takes during the ad. It ends with the specifications of the front camera on the Redmi Y1 and Xiaomi’s Logo.

Ticks boxes, seems fine…but what was THAT!

In many of our ad reviews, we have mentioned how the three Ss’ are generally the key to a good ad: simple, straightforward and short. Well, the Redmi Y1 ad has all three. The ad in just 30 seconds, highlights the USP of the device pretty well, which is the front-facing camera of the phone. 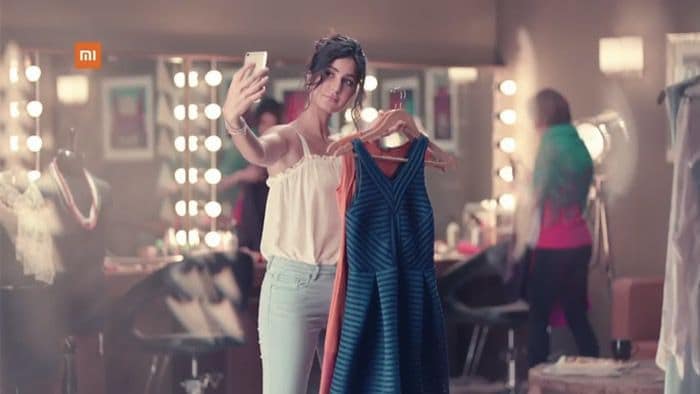 There have been times when we have questioned the presence of celebrities in ads as it often pushes the product to the background but fortunately, Katrina has taken so many selfies in the ad that it is hard to ignore the Redmi Y1 and its front-facing camera in any way.

Even though the ad ticks all the right boxes, we do not think it has achieved any great creative goals. It is a very basic product ad that highlights the USPs, uses a celebrity face to do so and hard sells the product. While many consider this to be a magic formula to sell products, Xiaomi itself has sold millions of device without using any of these methods – in fact, one of their best selling smartphones, the Redmi Note 4 had the employees of Xiaomi as its brand ambassador (just saying). The ad does what it is supposed to do; it gives you the right information about the product, the information that you need to know. But it does so in a manner that is all too familiar – it does not move you or make you “feel” anything.

Oh, and one more thing… 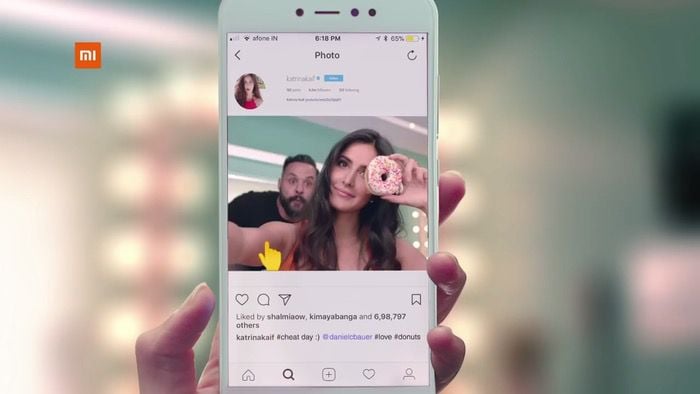 What happens when you see another phone’s screen in an ad which aims to promote your product? Well, something similar seems to have happened in the Redmi Y1 ad. Exactly 12 seconds into the ad, where Kaif is Instagramming a picture, you will notice a familiar front screen and UI – and well, it does look far too familiar to that of a very famous device that Xiaomi has often been accused of being “inspired” by. So, even while endorsing the Xiaomi Redmi Y1, Kaif might actually be using the iPh…er…another device. (Slow Claps).

A little attention to feel and detail never harmed anybody 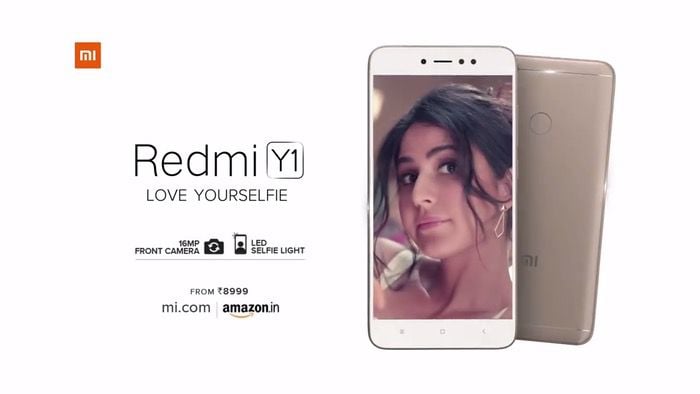 Was this article helpful?
YesNo
TechPP is supported by our audience. We may earn affiliate commissions from buying links on this site.
Read Next
With Redmi A1, is Xiaomi Resurrecting the Android One Dream, but Without Google?
#Ad Review #Katrina Kaif #Redmi Y1 #Tech Ad-ons #xiaomi