Do note that most of these features will only be available from May 2018 when it starts rolling out to compatible devices.

Fitbit App sends out a new type of notifications about the number of steps left to your goal, time to sleep, and, challenges, and achievements. These will also show up on your watch.

These replies can be pre-populated or customizable replies to text messages and messenger apps. It is also extended to Reminders, celebrations, logging, insights, sleep summaries and social challenges, with prompts to take actions based on your data. 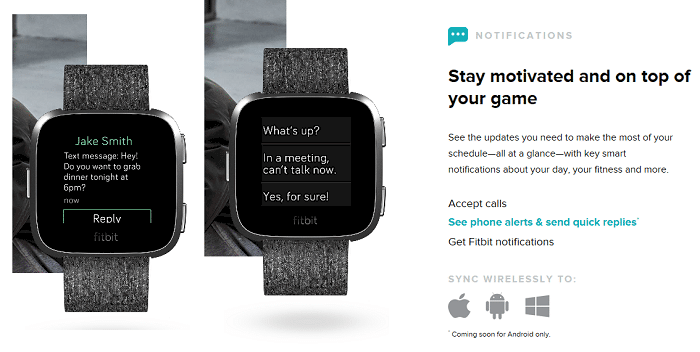 3. Fitbit Dashboard on your watch:

You will be able to see your daily and weekly health and fitness stats, historical activity, heart rate, and exercise summaries, action-oriented motivational messages, tips and tricks, and daily guidance. It will also include stats like Water intake, Food intake and so on. I noticed that even the daily stats to your step count now shows last seven days count in the form of bars with current day count in the front.

You will be able to load one workout with OS 2.0. This was much needed actually to go phone free. OS 2.0 offers one dynamic user selected workout and three predefined or static workout. I noticed that you could also sync your Audio workout with the watch, and I expect this will work over Bluetooth. You will need to have Fitbit Coach subscription for this. 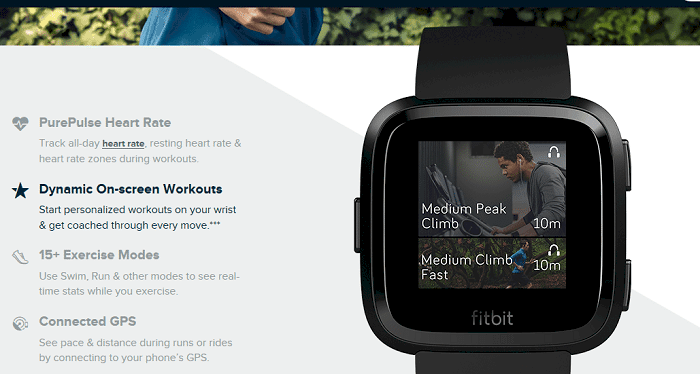 I am sure that Fitbit Versa is going to attract a lot of Female consumers, especially with that shape, and colors. To get them onboard, Fitbit OS 2.0 offers a feature which will help women track their menstrual cycle. The mode will let them record symptoms like headaches, acne, and cramps. When used for a longer time, it will be able to predict the next cycle. 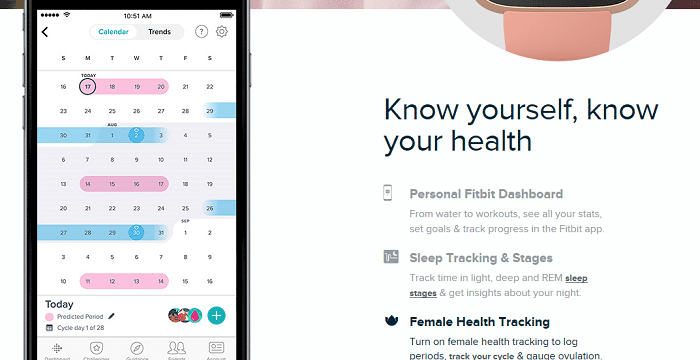 The data stays in the app, and come in handy when you need to share details with the doctor. That said. Fitbit has more plans on this. The company is offer features through which you can join other women through Groups in the Community tab of the Fitbit app for support around key topics like periods, birth control, trying to conceive, pregnancy, and perimenopause and menopause.

In the future, as the database of female health metrics grows, this data may help enable Fitbit to deliver even more insights, such as how your cycle impacts your activity, sleep, weight and nutrition, and potentially how these things can affect your cycle.

Fitbit has launched Fitbit Ace for kids. It’s probably the first time any Fitness company is trying to involve a family together, especially on a kid level. That said, the app will offer you to create a family group and add members to it. This is useful if everyone in your family uses a Fitbit tracker. 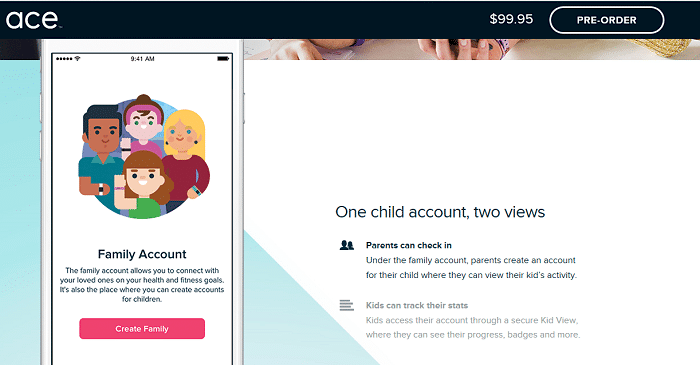 What I totally loved about this feature is kids can remain phone-free. They don’t really need a phone to sync they daily stats. Instead, they sync it with their parent’s device. There is a Parents mode and Kids mode. So if you wish to hand over the phone to them to see how the stats look like, they will be restricted to just their account. This is a really good idea.

Fitbit Ace is designed for kids. It is showerproof, i.e., it can survive splashes and spills because you just can’t stop your kids to have fun outdoor. It offers battery life up to 5 days; ten fun clock faces for kids. Apart from these, features like steps, active minutes, sleep, bedtime reminder, silent alarm, etc. are also available.

Fitbit is finally catching up with Android Wear and Apple Watch, but they need to speed up with more hardware to attract a variety of consumers and add OS features more often.

That said, its at least two months for all those features to be released. I hope Fitbit does deliver in time because the pre-orders are already open, and sales will begin in from the second quarter. We are yet to see SPO2 feature to be available with Fitbit Ionic, and my best guess is that it will be available along with next major update only.

Was this article helpful?
YesNo
TechPP is supported by our audience. We may earn affiliate commissions from buying links on this site.
Read Next
How to Enable Two-Factor Authentication on Your Fitbit Account
#Fitbit #Fitbit OS #Fitbit OS 2.0