In addition to the Redmi Y2, Xiaomi today announced the global rollout for the tenth version of their Android skin — MIUI 10. While for everyone, the new update does bring a shedload of aesthetic as well as functional changes, the company has also added a couple of features especially for one of its largest markets, India. Here are three such additions.

India-based PWA Section in the Browser 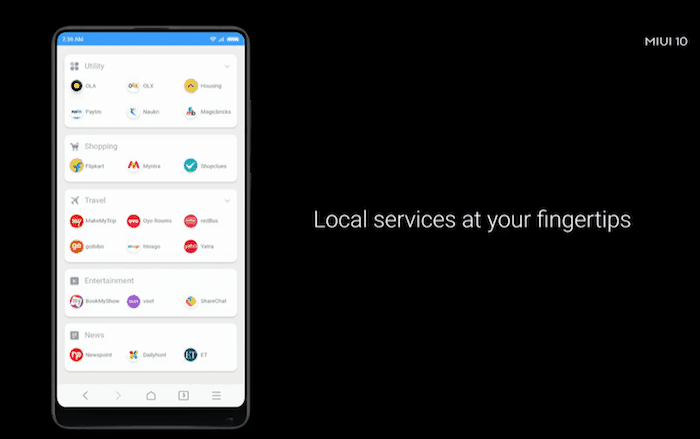 The default browser on MIUI 10 comes with a dedicated tab for Progressive Web Apps from India-based services. For the uninitiated, such web applications behave nearly similar to native, full-fledged native apps, weigh not more than an MB, and even have support core features such as notifications. Read more about them here. From what the company showed at the demo, there are web apps available for almost every major service including Flipkart, Ola, Paytm, MakeMyTrip, and more. 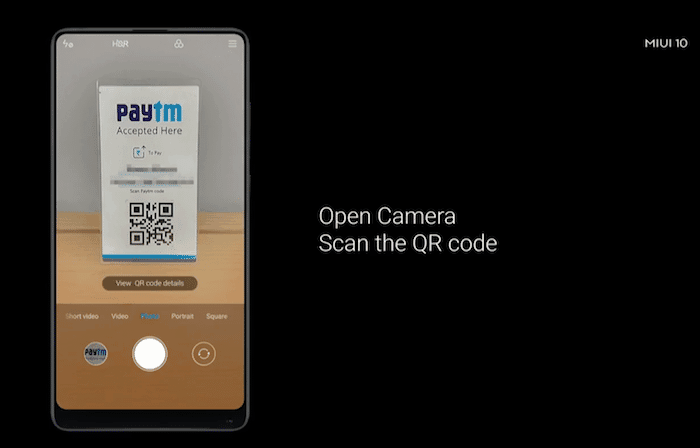 MIUI 10’s preloaded camera app is also capable of recognizing Paytm’s QR codes which is undoubtedly the most widely used digital payment service in India right now. Once the camera detects a QR code, it redirects you to the app’s payment screen where you can enter the amount, click Pay button, and that’s it. 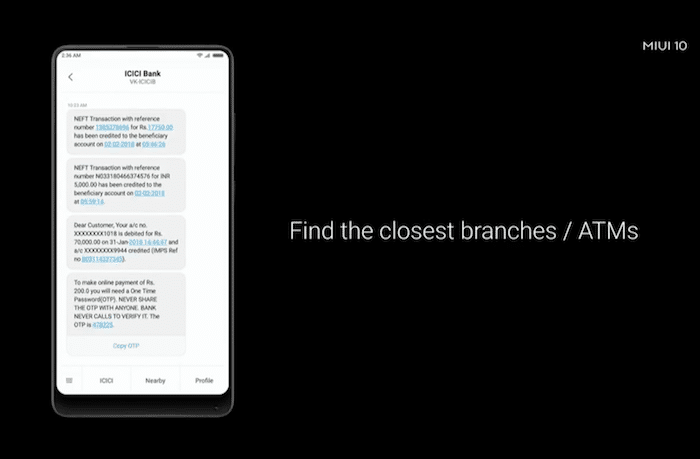 Xiaomi has been trying to make more sense out of SMS from businesses for a few MIUI releases now like parsing railway tickets from IRCTC in a more readable format, adding logos and names for automated messages, and more. With MIUI 10, the company is replacing the reply field with three contextual buttons. Hence, for instance, whenever you receive a text from some bank, the Messaging app will quickly let you jump into the bank’s app, look up nearby ATMs, and view its profile.

Xiaomi says MIUI 10 will begin rolling out in beta for every Redmi phone released in the past few years sometime in the middle of this month. The company didn’t, however, specify when is the final rollout planned for each phone just yet. You can read more about MIUI 10’s other features here.

Was this article helpful?
YesNo
TechPP is supported by our audience. We may earn affiliate commissions from buying links on this site.
Read Next
With Redmi A1, is Xiaomi Resurrecting the Android One Dream, but Without Google?
#MIUI #MIUI 10 #xiaomi