Google’s quest to make browsing the internet more accessible in emerging countries has led to yet another Chrome feature. As part of its Next Billion Users initiative, the search engine leader has today introduced a new update for its mobile browser which will let you browse a specific set of content whenever you lose connectivity. 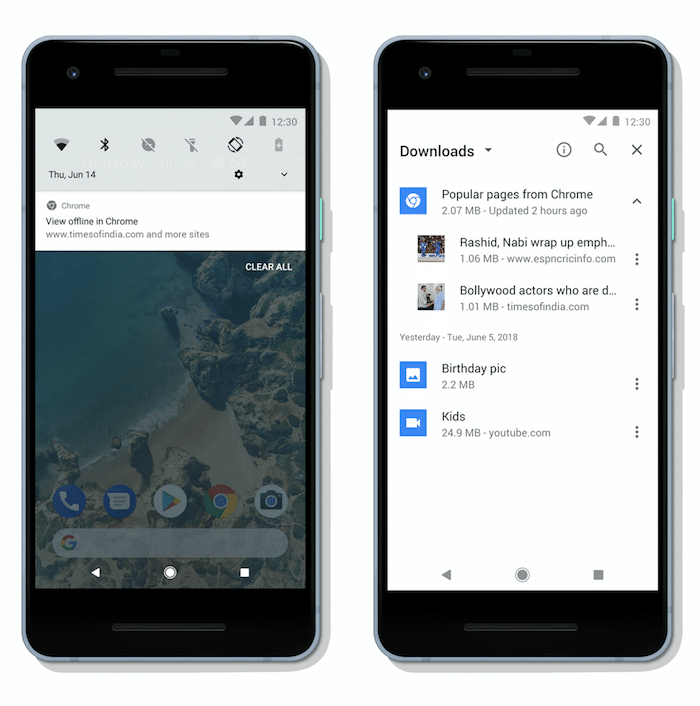 The idea is quite straightforward — Whenever you connect to an unmetered WiFi, Chrome on Android will automatically begin offloading articles which it thinks is popular in your locality. In addition to that, if you’ve signed in with your Google account, the app will learn from your past browsing habits and download relevant content for offline use. When you no longer have access to the internet, Chrome will notify you about the available pages and you can simply check the Downloads folder in the app for reading them.

The update is rolling out now in more than a hundred countries including India, Brazil, Indonesia, and more. To download it, head over to Google Chrome’s listing on the Play Store and hit the “update” button if it’s available. While a Chrome feature might seem trivial, it can certainly help people in remote locations get the most out of their internet connection. In the past year, Google has added several features to Chrome for users which are on a limited connection including a data saver mode, the ability to manually download pages, and more.

The company also released a dedicated Android app called “Datally” for monitoring your data consumption and specifically limiting access for third-party applications. Furthermore, Google, a couple of months ago, also announced a file management service — “Files Go” for freeing up the unnecessary clutter from your phone’s local storage.

Was this article helpful?
YesNo
TechPP is supported by our audience. We may earn affiliate commissions from buying links on this site.
Read Next
How to Fix Google Chrome Translate Not Working
#android #google #google chrome