Last month, I finally decided it’s time to adopt the wireless lifestyle. For one, my desk was muddling up with wires I couldn’t fathom the origin of. Nor was I able to keep it all untangled for more than a few hours. I also came to terms with the fact that wired accessories are quite limited in versatility and I constantly grew disgruntled every time they would get stuck somewhere in the back of my desk. 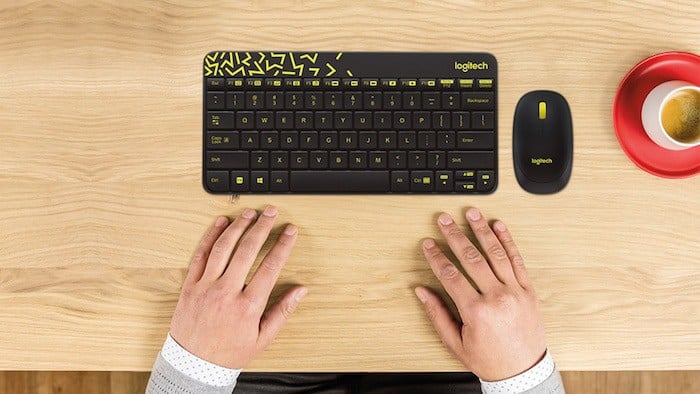 While I didn’t have the option to turn most of the gizmos on my table wireless like the PlayStation or the monitor, there were two devices I had been mulling to upgrade. The mouse and keyboard.

I went on to Amazon and scrolled through dozens of listings to find products which will be at the center of my workspace for the next year or two. I didn’t have a ton of demands, either. Only two. Compact size so that they don’t take up too much space on my already cluttered desk and can be carried easily if needed, unlike my existing gargantuan gaming keyboard. The second was that I was also not looking to spend an exuberant amount. Just enough to have an effortless typing experience. Simple, right?

Except it wasn’t that simple when I actually began my search. The majority of wireless keyboards and mouses I came across were either exceedingly overpriced or feature that cumbersome, traditional design that has been not refreshed in ages and hogs way more space than I could allow. Why does the number pad still exist on wireless keyboards anyway? I’m sure that the offices which do need it are still living in the 90s and are yet to be acquainted with wireless technology. 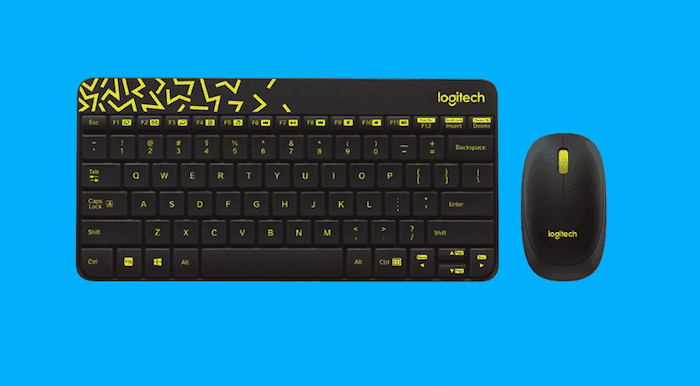 As I was running out of options and hope, I stumbled upon the Logitech MK240 Nano combo. A wireless keyboard and mouse pair which was reasonably priced at a little over thousand bucks (cost may vary depending on when you’re reading this). At first glance, I was a little skeptical, though. For starters, both the keyboard and mouse seemed awfully tiny and the keys, at least in the images, looked cramped. I also was not too sure of the two-tone, gleeful color scheme.

Considering the positive reviews and my past experience with Logitech, I ended up ordering the combo. And it’s been weeks since and boy, was I wrong.

The Logitech MK240 Nano turned out to be one of the best keyboards I’ve ever typed on. Despite my concerns, there’s enough key travel and space for you to maintain your pace without accidentally hitting the wrong characters and my fingers naturally glided across the board without struggling to locate the right key. 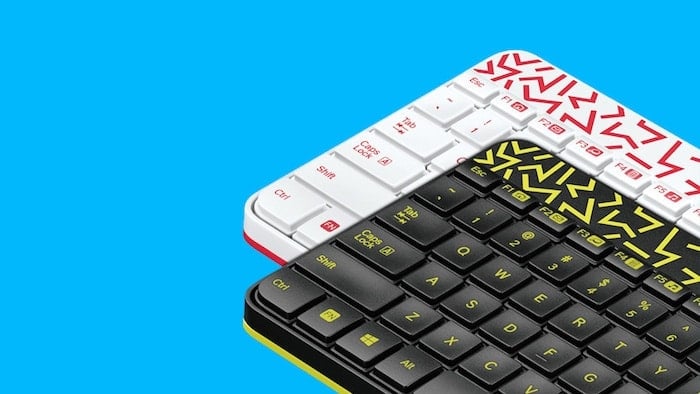 In addition, the keyboard also manages to ace the sound aspect by producing that satisfying noise. But it’s not that loud either, so you can easily employ it in offices without worrying about antagonizing your fellow colleagues. It even has two retractable stands at the bottom for raising the keyboard by eight degrees.

The mouse itself is ergonomically sound and offers tactile keys. Plus, both of them look nice and brought some life into my otherwise dull, mostly black setup. Of course, I can’t say the same for the red-white model since I opted for the black-yellow one. Carrying both of them in my backpack didn’t require a second thought either since together they weigh a measly 400 grams.

Instead of Bluetooth, the Logitech MK240 Nano keyboard and mouse connect to your computer through a 2.4GHz wireless dongle which can be placed inside the mouse if you’re not using it. Four AAA batteries are bundled in the box and the pair is rated to last years before you would have to replace the cells. Did I tell you it’s spill-proof?

The bottom line is you won’t find a more economical and capable pair of keyboard and mouse than the Logitech MK240 Nano. For me, I’m quite sure they are my new staple products for the category. What I mean by that is if the ones I bought do malfunction after an extensive period of use (there’s a three-year warranty, by the way), I will just buy it again instead of looking for a new one because it’s perfect for me and probably for you too.

How to Use Universal Control to Share a Keyboard and Mouse…
[Leaked] OnePlus Wireless Earphones Bullets Wireless Z and…
The Bluetooth earphones connection: Which bluetooth ear-pair…
Boult AirBass LiveBuds Review: Solid Pair of TWS Earphones…
Mi Wireless Powerbank with 10,000mAh Capacity and Wireless…
How to Set up Your Mouse on the iPad [iOS 13.4+]