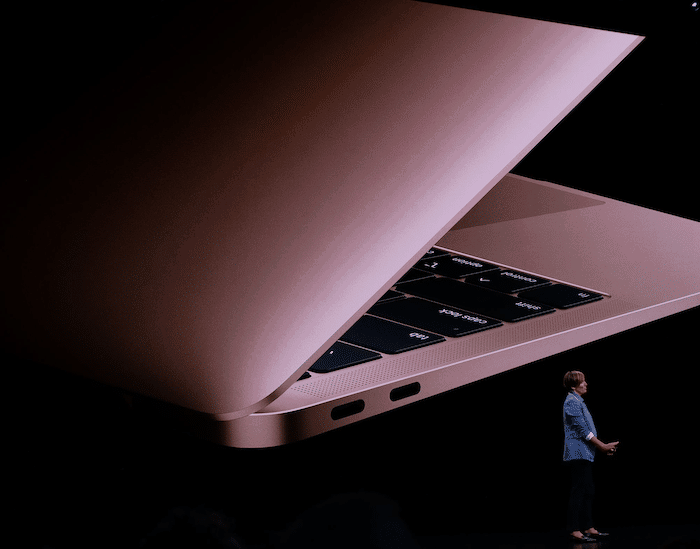 The MacBook Air 2018 now comes with a Retina Display and smaller bezels all around. Much like the newer MacBook Pros, Apple has ditched the older ports for two USB Type-C Thunderbolt 3 ports. It even comes with Touch ID. The 2018 MacBook Air is powered by Intel’s 8th Gen dual-core processors with integrated graphics, up to 16GB of memory, and up to 1.5TB SSD. What’s more, it has stereo speakers and three microphones for better “Hey Siri” hands-free recognition.

In India, The MacBook Air 2018 starts at a price of Rs 1,14,900 (approx $1550) which is disappointing considering that it starts at a price of $1199 in the US. But then, with the recent depreciation of Indian rupee, the pricing was sort of expected. The base version of MacBook Air comes with 8GB RAM, 1.6GHz Core i5 and 128GB storage. It will be available for sale from November 7th. 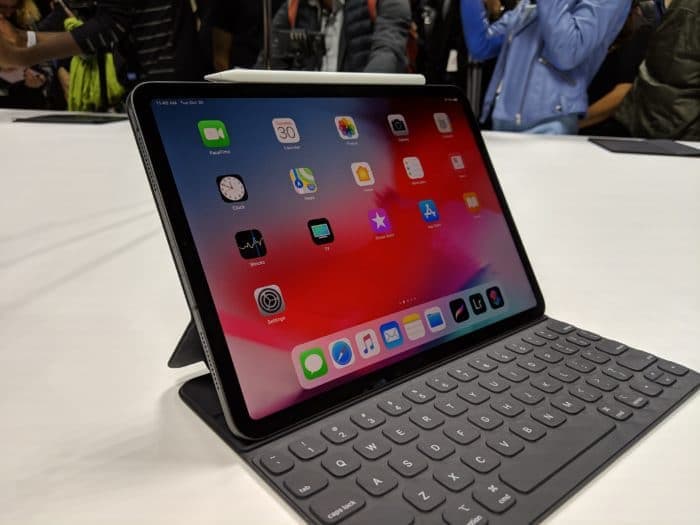 Apple has majorly improved the iPad Pro lineup as well, with two new models being released today – the iPad Pro 11 and iPad Pro 12.9. Apple has managed to shrink the bezels on the new iPad Pros and has managed to include Face ID without going for a notch. The UX is now similar to iPhone X series with gesture-based navigation. The lightning port has now been replaced with USB Type-C paving way for the ‘charging-out’ feature on the iPads for the very first time.

There is also a new Smart Folio in a protective, polyurethane folio design which will be available in a variety of colors for Rs 7500 for the 11-inch iPad Pro and Rs 9900 for the 12.9-inch version.

After 5 long years, Apple has finally upgraded the Mac Mini as well. The new Mac Mini comes with either a 4 or 6 core CPU which is Intel’s 8th Generation chipsets up to Core i7, which according to Apple’s claims is up to five times faster when compared to the last-gen Mac Mini. To enhance the performance further, Apple is now giving you an option to choose from up to 64 GB of RAM and 2 TB of SSD so that you never run out of storage. To make sure your data is secure, the Mac Mini comes fitted with Apple’s T2 security chip similar to the new MacBook Air.

The new Mac Mini will be available in India and sold through Apple Authorised Resellers starting Wednesday, November 7 at a starting price of Rs 75,900 (~$1030).