It’s been a decade since Android was born and a year less than that since Google acquired it. And with over two billion users in its bag, Android has been nothing short of a phenomenon. However, powering so many devices from so many different phone makers has also brought its own set of downsides. Most important of all is the fact that a vast number of phones still rely on outdated software which has foiled Google from letting go a series of legacy features and APIs.

But the one, I feel, Google shouldn’t delay abandoning any further is the navigation drawer which was added way back in 2013 with the KitKat update. You’re probably not familiar with the name but there’s a good chance you interact with it often. The navigation drawer is that side panel you pull from the left edge or the hamburger icon for revealing more options in an app. Of course, it’s not available on each one of them but most have it. 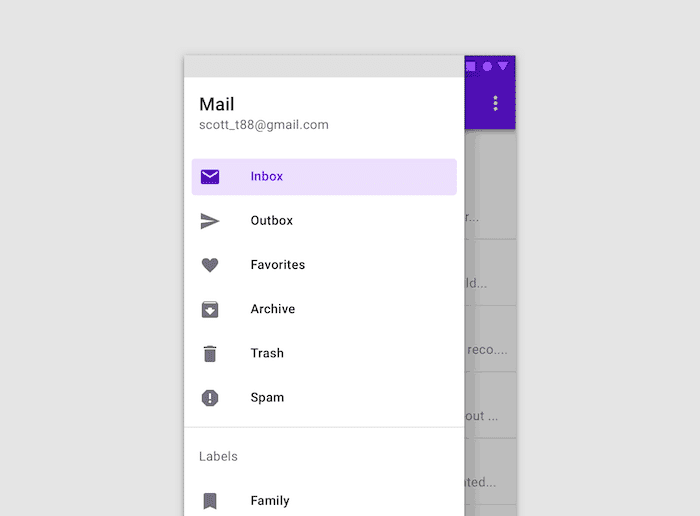 So if it’s so critical to the Android experience, why should Google pull the plug on it? It’s quite simple. While, on the surface, the navigation drawer might seem harmless, it’s starting to impede Android’s progress and has been a loose cannon as a developer tool.

The core purpose behind the navigation drawer is that it allows developers to easily place links to all the essential screens inside their apps in one location without worrying about the user getting lost. Say you’re on a particular page and wish to return to the landing screen, you can simply swipe right, tap the home link instead of struggling with the back action. From a developer perspective too, the navigation drawer is handy and doesn’t take much time to implement.

That last sentence is, in fact, one of the glaring reasons why it’s such a mess. You see, while the navigation drawer isn’t a challenging element to code, how it functions and behaves is complex.

For starters, it can hamper with the activity stack. So for instance, you might have noticed when you use the navigation drawer inside an app and later, press the back button to return, you’re stuck in an infinite loop. The app just keeps going back and forth with the current screen and the drawer. Ideally, it should reach the previous screen you were on.

The proper explanation behind why this happens can get a little technical but the bottom line is that by navigating to activities (individual pages of an app) from the drawer causes an overlap and builds a secondary stack which, if not carefully handled, won’t sit well with the primary one. As I said, it’s complex. Here’s a link to the official guide by Google if you’d to read more. 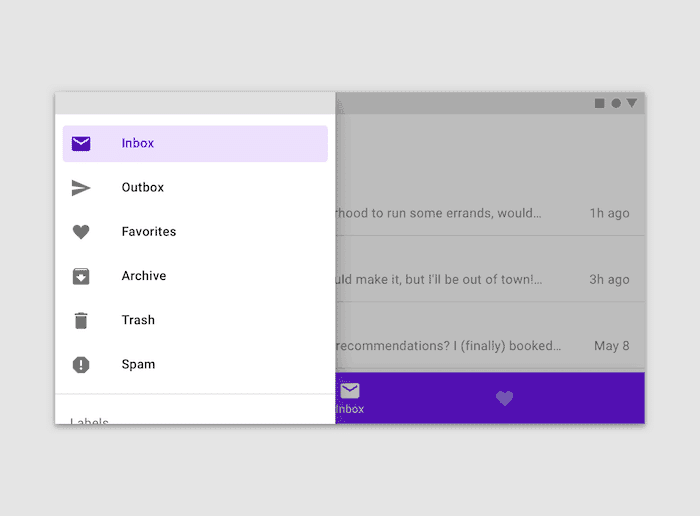 In addition, the navigation drawer raises issues if the app also has tabs. Since both of them make use of the swipe gesture, the developer usually ends up compromising the former’s experience. Therefore, you’re left with only the hamburger icon for reaching the drawer which is usually not a comfortable UX considering your phone’s humongous screen size and its top position.

Apps with tab bars aren’t the only instances where you will have to depend on the hamburger icon for pulling the navigation drawer. In order to perform the associated gesture, you have to swipe from the extreme left edge towards the right and that can a bit of a problem if you have encased your phone. The extra padding covers have to absorb shocks and falls hinder your ability to trigger that gesture easily forcing you to try multiple times.

The biggest drawback of the navigation drawer, in my opinion though, is that it prevents Android from adopting the modern back gesture found on iOS or even Xiaomi’s MIUI 10. Google’s idea of navigation gestures (which are supposed to offer a full-screen experience by replacing the persistent on-screen buttons) still involves a permanent back key defeating the purpose of them in the first place.

While there are several alternatives available, it’s not that straightforward for Google to switch. The best implementations of the back gesture are from Xiaomi and Apple, both of which involve swiping right or left from the edges and which Android element needs that gesture to work as well? You’d guessed it — the navigation drawer. 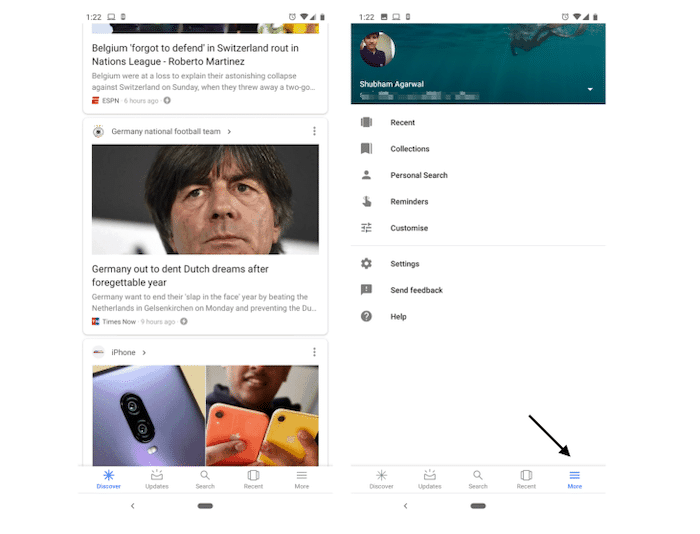 In a way, though, Google might have actually begun decamping away from the navigation drawer at least on a few of its own apps. Among others, the Google search and YouTube app now ship with a section called “More” on the tab bar where it houses the rest of the options. There are a bunch of other alternatives developers can shift to as well such as bottom sheets, floating menu options, etcetera. So in the near future, if Google does decide to deprecate the navigation drawer, plenty of alternatives will be available.

“Deprecated”, however, doesn’t mean Google can just push a button and all the navigation drawers would suddenly disappear. It simply suggests the company no longer recommends and supports the API. And that’s where the concern comes in.

Unlike iOS, Android developers are generally sluggish in updating their apps to be in line with new guidelines. That’s mainly because the majority of active Android phones run on severely old software and are not expected to be updated to the latest builds either (25% of the Android phones are still on Marshmallow).

In spite of all those stumbling blocks, though, the navigation drawer clearly needs to go if you ask me. It doesn’t promote the new-generation features, is already an inconvenient element to deal with, and of course, a technical mess. By killing it, Google will not only pave the way for a better set of navigation gestures but also put an end to a complicated element it should have years ago.

Was this article helpful?
YesNo
TechPP is supported by our audience. We may earn affiliate commissions from buying links on this site.
Read Next
How to Fix Google Chrome Translate Not Working
#android #google #Navigation Drawer #Opinion