One of the most highly anticipated Apple products for almost two years, the AirPower, is now officially dead. The announcement was made official via an email from Apple’s Senior Vice President of Hardware Engineering, Dan Riccio, stating, “After much effort, we’ve concluded AirPower will not achieve our high standards and we have canceled the project. We apologize to those customers who were looking forward to this launch“. 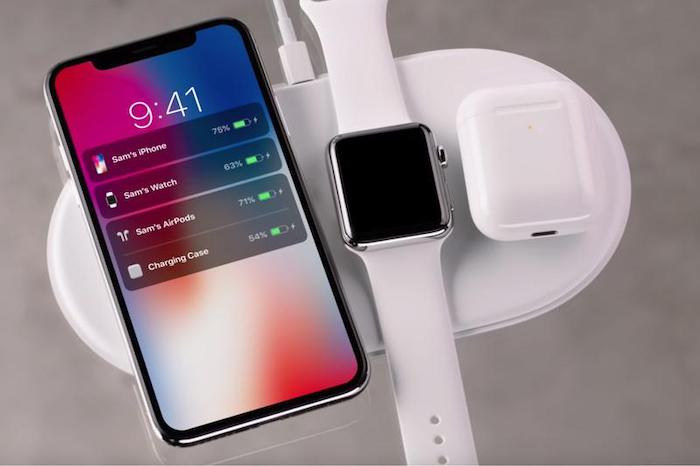 To jog up your memory, the AirPower was unveiled by Apple at an event alongside the iPhone X back in September 2017. At that time, a lot of reports came out saying that the product was not in a working condition in the hands-on area. And, despite many people questioning the same, after almost a year later at the launch of the next series iPhone X devices, the AirPower was nowhere to be seen. What’s even more strange is that a lot of Apple product listed support for AirPower wireless charging mat on their box packaging. Even with the case of AirPods 2, that just launched a few weeks back, the box packaging showed support for AirPower on the back.

As announced at the launch event of iPhone X, the AirPower could charge an iPhone, Watch, or AirPods with the charging mat, despite their placement on the mat. In addition, “it would do what other charging mats could not”, as stated by the company. Another thing that they talked about was how, on placing all the three devices (iPhone, Watch, and AirPods) on the charging mat, the iPhone manages to show the charging percentage of all the devices on it.

A possible reason for shutting down the entire project, of such a huge scale, seems to be the inability to cut out the heat. As reported earlier by a few publications, the biggest problem that Apple had to deal with was to cut down on the heat that was generated due to multiple coil placements under the mat. As, unlike most other wireless chargers, where the device is required to be kept exactly at a particular point of contact for wireless transfer of power, AirPower began with a very different idea, and promised to offer a way for its customers to place their device in any which way on the mat and still get the device charged, irrespective of the location.

To pull off something like that would require a huge number of coils spread across the entire mat, way more than most of the other wireless charging mats, to provide users with the freedom to put their device in any part of the mat and still get their devices to charge. And obviously, with that many coils working in conjunction in the background, a lot of heat is generated, capable of turning the charging mat into a hot hell. Apparently, Apple was busy fixing this issue over time to curb out the excess heat. But, unfortunately, could not find a way, and had to cancel the entire project, for, it is better to not deliver a product that is not apt for the masses than to release it and get criticised.

Now that the AirPower is officially dead, Apple customers, who have been waiting for the device and refraining themselves from buying a third-party charging mat, can finally stop bothering about the product and find a compatible wireless charging mat for their device.

Was this article helpful?
YesNo
TechPP is supported by our audience. We may earn affiliate commissions from buying links on this site.
Read Next
With Football Manager 2023 Touch, Apple Arcade finally has its “killer ...
#AirPower #apple