Samsung has just launched its latest Android Go Edition smartphone, the Samsung Galaxy A2 Core. The device is a successor to the Galaxy J2 that was launched last year. Some of the highlighting features of the Galaxy A2 Core include an Exynos 7870 SoC, 5-inch qHD display, and Android 9.0 Pie Go Edition. 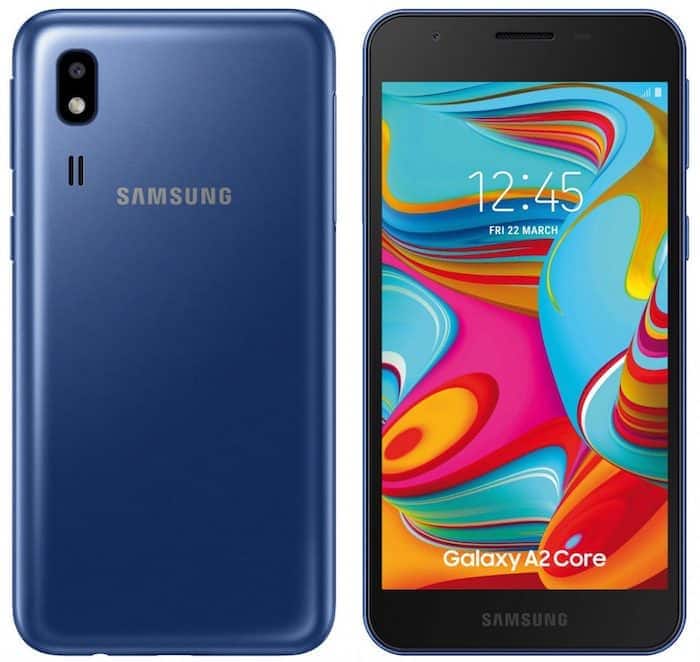 The all-new Samsung Galaxy A2 Core features a 5-inch qHD TFT display with a resolution of 540 x 960 pixels. Under the hood, it is powered by a 1.6GHz Octa-Core Exynos 7870 processor with Mali T830 GPU, paired with 1GB of RAM and 16GB of internal storage (expandable up to 256GB using a microSD). In term of other hardware specifications, the device comes with a 3.5mm audio jack, FM Radio, Bluetooth 4.2, Wi-Fi b/g/n, GPS, and 4G VoLTE. It is powered by a 2600mAh battery and runs on Android 9.0 Pie Go Edition.

In terms of optics, the Galaxy A2 Core sports a 5MP camera with an f/1.9 aperture and flash on the rear, along with a 5MP on the front for selfies.

The Samsung Galaxy A2 Core comes in two color options: Black and White. It is priced at Rs 5,290 and will be available offline at select retail stores.

Was this article helpful?
YesNo
TechPP is supported by our audience. We may earn affiliate commissions from buying links on this site.
Read Next
Samsung Galaxy Fold 4 Tips and Tricks: Get the Most Out of Your Phone
#samsung #Samsung Galaxy A2 Core