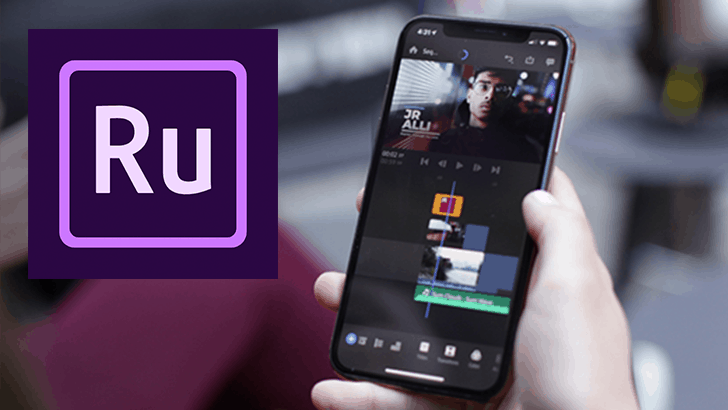 Premiere Pro Rush is Adobe’s latest app for Android which lets you edit videos on the go. While there already were plenty of video editing apps on the Android platform, Premiere Pro Rush makes use of Adobe’s cloud services and offers the flexibility and portability of continuing your edits on all your devices running Premiere Pro which can be incredibly useful if you make videos and edit on the move. While the app was launched for iOS users last year, the Android version was slated for an early 2019 launch and Adobe has delivered.

The app is primarily targeted towards content creators and influencers on YouTube, Facebook, Instagram and more such mobile platforms with short videos. While Rush does not offer all the features of the full-fledged Premiere Pro on desktop, the biggest advantage is that the project can be moved over to the computer to take full advantage while editing. Along with basic editing like cropping and merging clips, you can add audio files, transitions, motion effects and even color grade your video using Rush. However, one cannot add keyframes, video effects or even vary the speed of the clip from the app. The app UI is intuitive and anybody who has used and is familiar with Premiere Pro on the computer can use the app with ease.

The biggest catch, however, is that at the time of writing, the Premiere Pro Rush app is supported only on a handful of flagship devices which include the Samsung Galaxy S10/S10+/S10e, S9/S9+, Note 9, Note 8 followed by the Google Pixel 3/3XL and 2/2XL and the OnePlus 6T. The app is available on the Play Store free of cost for a limit of up to 3 exports only, after which, one will have to shell out $9.99 a month just for the Rush app (not the entire Premiere Pro suite), or if you have already subscribed to the Premiere Pro app or Creative Cloud service, the app is included within the subscription.

Was this article helpful?
YesNo
TechPP is supported by our audience. We may earn affiliate commissions from buying links on this site.
Read Next
How to Use Android Phone as Webcam for PC
#adobe #Adobe Premiere Pro Rush #android