In 1937, the German forces inflicted such a bombardment on the Spanish Republican infantry than a new term was added to military jargon. Carpet bombing. The term referred to bombardment made over a large area, rather than concentrating it in a smaller one, as in the past. This concept, like so many military ones, made its way into the marketing world as well. While it led to describe the process of covering a large portion of the market with a number of products instead of focusing on a few select segments.

And when it comes to smartphones, perhaps no company has shown as much skill in carpet bombing as the South Korean giant, Samsung. Even as other players in the Android zone advanced cautiously, the Korean brand literally flew in with both feet, and in no time at all, had multiple devices at different price points, something the likes of Sony, HTC, Motorola and even Samsung’s own Korean rival, LG, could not deal with. While other brands followed the slightly older concept of pushing a high-end flagship and hoping its effect would “rub off” on others, Samsung simply threw the kitchen sink at the Android market, pushing everything from a basic Galaxy Y to the high-end Galaxy S and Galaxy Note.

Of course, it is a lot easier said than done. For, carpet bombing, be it in the military or marketing, is expensive. It involves intense dedication of resources over a wide area. When it works, it can be sensational. When it does not, it could leave you in a tight spot, with limited resources left at your disposal. LG and Nokia had tried replicating the Samsung model but simply could not sustain it. Unlike other methods of warfare, this left you with very little scope of recovery if you failed.

There was, of course, another way of waging war, both in the battlefield and in the market. And it too came from the Germans. It was called the Blitzkrieg. Made famous by Germany in 1939 when it attacked Poland, it depended on incredibly swift attacks whose speed made them very difficult to defend. They too involved the use of heavy weaponry, but unlike carpet bombing which was spread across a wide area, the Blitzkrieg was inflicted on a number of fronts, confusing the enemy and making it very difficult for them to recover. It was to carpet bombing what the stiletto was to the sledgehammer – sharp and swift rather than immense and powerful.

If Samsung showed the Indian tech world the might of carpet bombing, its great rival, Xiaomi, adopted the path of the Blitzkrieg initially. The Chinese brand specialized in releasing limited products at targeted segments rather than going the wide area way. It did not have the sort of resources the Korean brand did, so focused on small segments, but when it did, it hit hard. It was a strategy that yielded dividends – the equivalent of fighting on a smaller battlefield, and thus neutralizing the opposition’s larger forces. And anyway, Samsung seemed to have a much wider portfolio to keep an eye on to chase Xiaomi single-mindedly (although evidently, the Samsung Mobile HQ in India had a battle room dedicated to Xiaomi!). 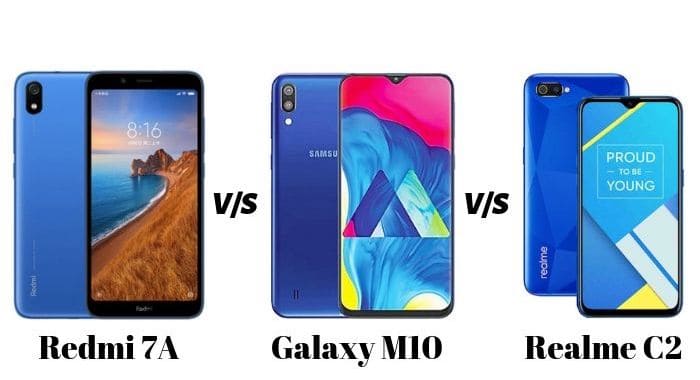 But somewhere around 2017-18, the game changed. Suddenly, instead of relying on short, sharp attacks, Xiaomi seemed to switch tracks and move to a relatively larger battlefield. Mind you, the key term is “relatively,” for while it released more products, it seemed still content to fight in a smaller zone – the price band around 10,000, give or take a few thousand rupees either way. But in that small zone, Xiaomi’s approach was akin to carpet bombing with devices at a number of price points. Samsung again, seemed to be focusing on its traditional wider area approach, although many noted that the brand was not reacting as sharply to Xiaomi’s incursions which were moving into the zone of expansions.

2019, however, saw Samsung return to its carpet bombing best, with the M series and A series, launching a variety of phones at short intervals at price points that were mainly in and around the mid-segment, a zone that Xiaomi had made its own so successfully as to become the number one smartphone company in the country. It was a classic case of carpet bombing with Samsung at one stage announcing four different devices in twenty-four hours. “This is Samsung being Samsung! I cannot imagine any other company releasing devices across such a wide spectrum at this level,” a retailer had told us, when we reported on it. For many people, this was the response they had been finally expecting from Samsung – an extensive, extended broadside at Xiaomi. 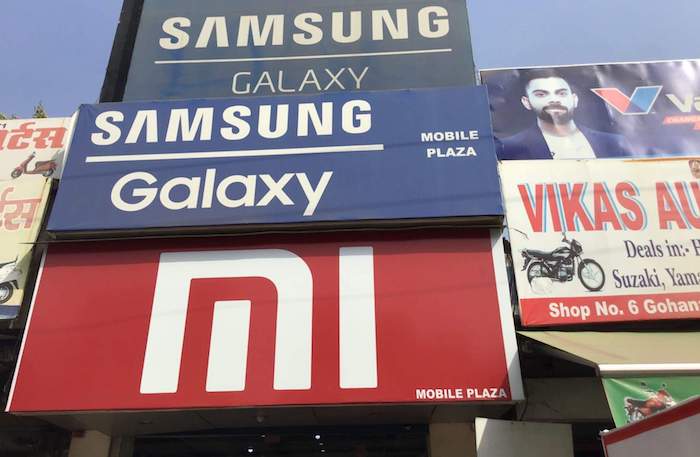 But what many had NOT expected was to see Xiaomi hit back in a similar manner. No, the brand did not release as many devices in as short a period of time, but instead, it kept adding to its portfolio and in a totally unexpected move, actually began to show hints of expanding the battlefield. The Chinese brand after having started out as a player with about four to six products in a year, has got into a much higher frequency – this year has seen it release the Redmi Note 7, the Redmi Note 7 Pro, the Redmi Note 7S, the Redmi 7, the Redmi Y3, the Redmi 7A and by all accounts is ready to release the Redmi K20 and Redmi K20 Pro, which are expected to expand its target segment. And that’s not the end of it – the brand has also been adding to its product portfolio beyond mobile phones, including sunglasses, televisions and beard trimmers and a whole lot else. Of course, Samsung also has a portfolio that goes beyond smartphones, but unlike Xiaomi, its “other businesses” are seen as very separate from the mobile phone one, simply because there are other divisions and personnel involved in it. “In the case of Samsung, different people come for televisions, refrigerators and other gadgets. With Xiaomi, it is the same team again and again – Manu Jain will push and promote a beard trimmer as well as a cellphone. So Xiaomi’s other businesses have a positive rub off on its phone business, unlike other brands like Samsung and Sony, who also have multiple product lines,” a retailer friend told us.

The last time two brands went toe to toe in this manner was perhaps when Micromax had all too briefly threatened Samsung’s market share sometime in 2014-15, but even at that time, the Indian brand’s ambitions had been relatively limited. Xiaomi seems to have begun with a Blitzkrieg, moved up to attack in a slightly larger segment and is now building up to do some carpet bombing in its own right. “It is OutSamsunging Samsung,” observed a colleague of ours, who has been observing smartphones for more than a decade. That perhaps might be an exaggeration, but it has been a while since we have seen two brands literally confront each other across such a wide price segment.

Xiaomi has moved from a Blitzkrieg to carpet bombing. How will Samsung, the carpet bomber supreme, react? Watch this space.

Was this article helpful?
YesNo
TechPP is supported by our audience. We may earn affiliate commissions from buying links on this site.
Read Next
With Football Manager 2023 Touch, Apple Arcade finally has its “killer ...
#india #Opinion #samsung #xiaomi