It was the launch that no one really expected. Those who walked into the Steve Jobs Theatre yesterday had mainly gone there expecting new iPhones and perhaps an Apple Watch. What they definitely did not expect was a new iPad. Some talk of iPad OS? Definitely. But a new iPad? Not too many were betting on that. Not when an “iPad event” was being rumored to have been scheduled in October (and rumors about Apple now have got this tiresome quality of being proved right these days, but that is another story for another day). 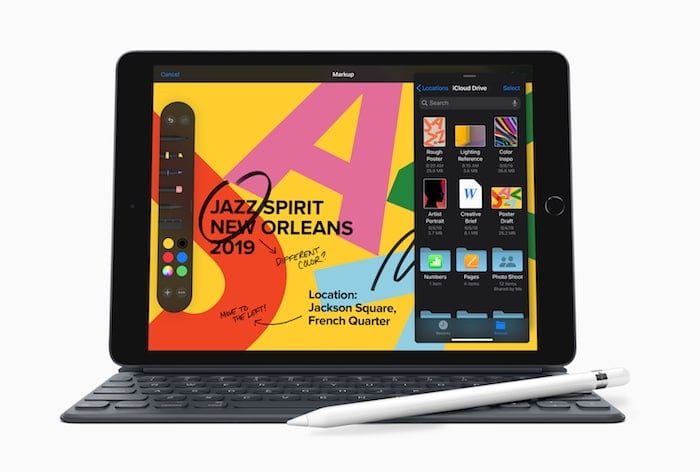 Well, in the event (pun intended), a new iPad was indeed released. The iPad (seventh generation), to be exact. And even though it was released almost a year and a half after the sixth-generation iPad, it did not really seem to be too different – it had a slightly larger display (10.2 inches as compared to 9.7 inches of its predecessor) but with the same pixel density and it had the same processor (A10 fusion), the same set of cameras, the same fingerprint scanner, similar battery life and the same support for the same Apple Pencil (first generation). In most respects, it seemed to be just a slightly larger avatar of its predecessor, albeit one made with a 100 percent recycled aluminum.

There was, however, one rather significant change. One that, although seemingly minor on the surface (that pun was unintended), actually could well be an indication of a change in the entire positioning of the iPad.

It was support for Apple’s Smart Keyboard. 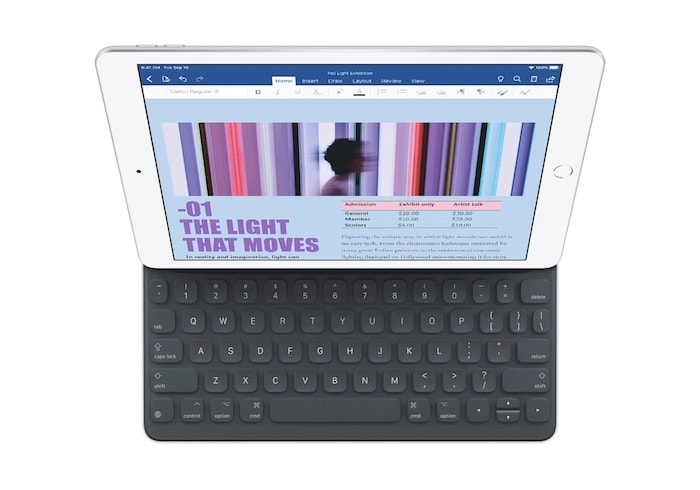 With this, the iPad mini remains the only iPad that has no Smart Keyboard support. All the others – the Air, the two iPad Pros and of course, the just-released iPad (seventh generation) – have support for the Smart Keyboard. And ALL of them support either the first or second generation of the Apple Pencil. In short, all of them, bar the mini, are just a smart keyboard away from being a notebook alternative of sorts, and all of them have a very strong productivity angle to them.

Well, what’s so unusual about that, some might wonder. I mean, had not Apple made its “productivity” inclinations clear with the keyboard-laden iPad Pro and by adding keyboard support to the latest iPad Air? Fair point, but then, the basic iPad and iPad mini still remained devices that occupied the “third screen” option that was supposed to be “classic tablet territory.” Yes, you could use the Apple Pencil on them, but they were still meant mainly to be used on their own. Of course, you could pair a Bluetooth keyboard with them and give them a notebook like feel, but then you could always do that with just about any iPad (I have been doing so since 2011) – Apple did not ever make a keyboard for the iPads until the Pro range came along. And even then, the Pros were supposed to be exceptions rather than the iPad rule.

Because, hey, the iPads were supposed to be the “third device,” one which came between a phone and a notebook. As Jobs himself said at the iPad launch in January 2010:

“Is there room for a third category of device in the middle (between a phone and a notebook)?… Some people have thought that’s a netbook. The problem is that a netbook isn’t better at anything. They’re slow. They have low-quality displays. And they run clunky, old PC software. They’re not better than a laptop at anything. They’re just cheaper.” He then went on to highlight the convenience of using an iPad (even showing how easy it was to use while sitting down) and said we needed a device “more intimate than a laptop, and so much more capable than a smartphone.”

Not all critics were convinced. But the public loved it (at least initially). And in due course of time, even though many of us paired our iPads with keyboards (there were always keyboard covers around), the iPad was always a tablet first, and not a notebook replacement – the absolute anti-thesis of the Surface in this regard. And indeed, one reason why many felt that the iPad continued to go strong even as Android tablets slipped into oblivion and Windows tablets wondered about how to find the divine holy ground between touch and type, was the fact that iPads seemed focused on being tablets – something that was great for viewing content on, gaming and for some basic tasks – rather than having notebook-like aspirations. 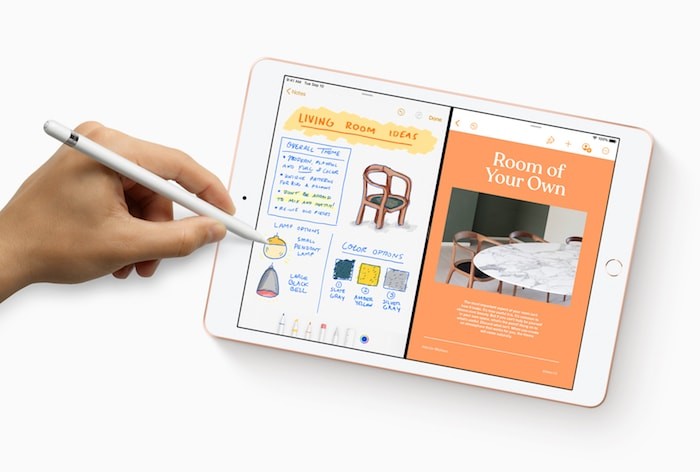 That positioning seemed to change a little with the iPad Pro, with Apple even hinting in a brilliant ad that an iPad Pro with a keyboard was what computers would become in the future. However, the Pro was supposed to be merely the productive cousin of the real iPad. The announcement of iPad OS, however, pretty much showed that Apple was looking to move the iPad from content consumption to creation. It was as if the Pros have taken over the iPad house, and the ambition was to be able to step in for a notebook, rather than in the space between a notebook and a smartphone. Even the basic iPad moved towards becoming a notebook alternative. Some even say that is why the display size of the new iPad was made slightly larger, to take it beyond the psychologically comfortable mark of 10 inches (which many consider notebook territory).

Of course, those of the older iPad guard will insist that it is a tablet first and that you have to buy a keyboard separately for it. And that you always could!

But that connector on the side of the new iPad tells a different story. Welcome to the Zone Pro, Bro!

Was this article helpful?
YesNo
TechPP is supported by our audience. We may earn affiliate commissions from buying links on this site.
Read Next
With Football Manager 2023 Touch, Apple Arcade finally has its “killer ...
#iPad 2019 #Opinion