Repairiing the painful Pairing gets painful

With the pandemic keeping most of us at home, suddenly Bluetooth earphones are getting more popular than ever (no one really wants a tangle of wires inside the house – there are too many folks who can trip over them). Do you want to make a quick call on your phone? You use your Bluetooth earphones. You want to watch a show or film without disturbing anyone? Those earphones again. Feeling like a PUBG session but want to focus on the action? Earphones. And of course, if you wish to listen to a podcast, audiobook or just good old music…out come those headphones again.

Now, all this would be just dandy if you were just using a single device. You keep your headphones paired to it and they will deliver sound from it. Simple. The problems pop up when you need to pair those headphones with more than one device. As most of us do these days. You could be doing a video call on your notebook or tablet, watching a show on a smart television, playing a game on a console, listening to a podcast on your phone, hearing music on an audio system…today, a single pair of Bluetooth headphones often ends up being connected to more than one device. And the number goes up if someone in the house “borrows” them for a while.

What’s the problem with all this?

Despairing of pairing and unpairing.

Well, simply that whenever you move from one device to another, you end up having to reconnect your earphones to it. Yes, some earphones let you switch between the past few devices you have connected to, and some even let you connect to two devices simultaneously and switch between them, but by and large, this is what happens:

Yes, there are some headphones that make switching between devices easier, but still, even if you have a pair of earphones and want to listen to something on someone else’s device, the process becomes a veritable chore – disconnect the phones from your device connect it to the other’s device, remember to disconnect it from the other’s device after you have done (else it will go back and reconnect to it again if it happens to be in range!). Not as simple as just plug and play, eh? 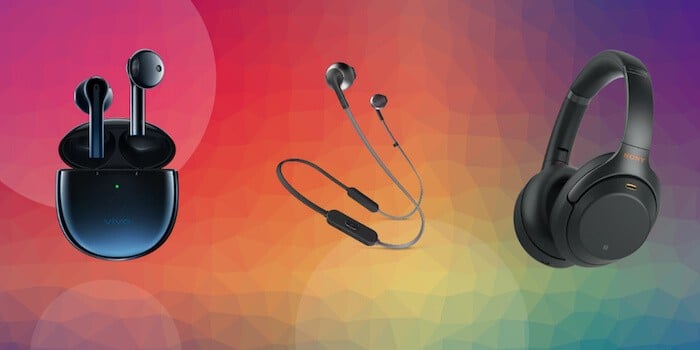 The Bluetooth earphones connection: Which bluetooth ear-pair is perfect for you?
Read More

No, this is not a “bring back the 3.5 mm audio jack” piece. All we are asking for is a simple “disconnect” button on our earphones that disconnects them from the currently connected device. Opening settings on one device to connect the headphones is not that bad, is almost expected (and is actually necessary for security reasons – you cannot let anyone just pair their headphones with your device) and the process would be a whole lot smoother. We DO know that some headphones come with controls that let you switch between the last few connected devices but then many of us – ok, us at least – do not actually remember the sequence in which we connected the devices and getting them connected to the right device often becomes a button-mashing exercise. Cool on consoles. Not on headphones!

Yes, we could simply turn off Bluetooth on devices after using headphones, but thanks to better power management, Bluetooth is not quite the drain it used to be, and quite a few people tend to keep it running in the background, sometimes often because it is used to pair with other devices (printers, speakers, fitness bands, etc). And even if you do switch it off, your headphones will still spend some time trying to pair with the previous device. Of course, turning off pairing with the previous device is an option, but then again, often that feature can be convenient, especially when you are switching between two known devices quickly (notebook and phone often being the default mode). And again, that is a fiddle with settings, which not many are comfortable with. There are other solutions too, but most of them are on the geeky side.

Room on those headphones for one more button folks?