After revealing some of the key specifications of the device for the past few days, Samsung has today finally took wraps off of its latest smartphone. Called Galaxy F41, the device marks the debut of the all-new Galaxy F series, which is a part of Samsung’s exclusive partnership with Flipkart, claimed to be targeted towards “socially savvy consumers.” Here’s a closer look at the all-new Samsung Galaxy F41. 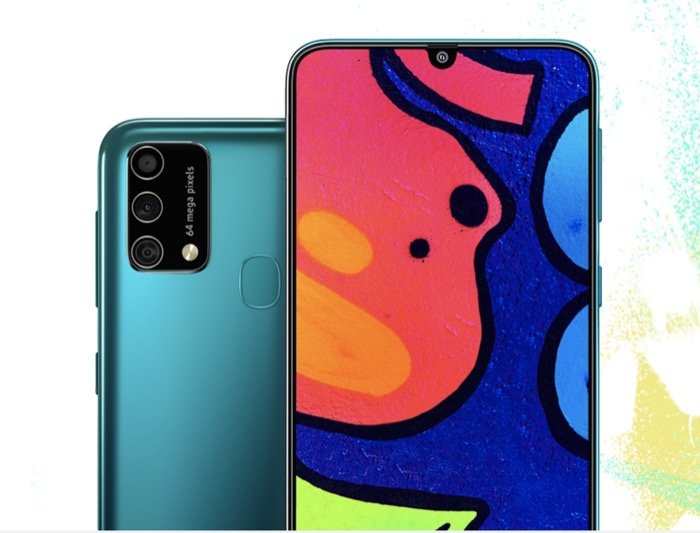 In terms of design, the Galaxy F41 features a polycarbonate (glasstic) body with a rectangular camera arrangement on the back and a rear-mounted fingerprint scanner. Towards the front, there is a 6.4-inch Infinity-U Super AMOLED display with 2340×1080 pixels screen resolution and 420 nits of brightness. Galaxy F41 comes in three colors: Fusion Black, Fusion Blue, and Fusion Green.

On the inside, the Samsung Galaxy F41 runs on Exynos 9611, which is an octa-core processor with up to 2.3GHz of clock speed and the Mali-G72 GPU for graphics processing. The processor is coupled with 6GB of RAM and 64GB/128GB of internal storage (expandable up to 512GB with a microSD card). To power the internals, the device includes a 6000mAh battery with support for 15W fast charging support.

As for other specifications, the device comes with Wi-Fi 802.11ac, dual 4G VoLTE, and Bluetooth 5.0. It has a USB Type-C port, a 3.5mm audio jack, and a rear-mounted fingerprint scanner for authentication. On the software front, it runs on OneUI 2.0 based on Android 10, out of the box. 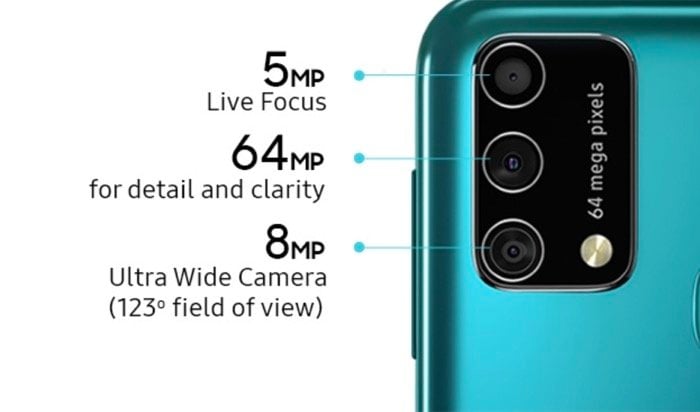 In the camera department, the Galaxy F41 sports a triple camera setup on the rear, with an LED flash, arranged in a rectangular housing. The setup includes a 64MP primary sensor, accompanied by an 8MP ultra-wide sensor, and a 5MP depth sensor. On the front, the device has a 32MP camera for selfies and facial recognition.

Was this article helpful?
YesNo
TechPP is supported by our audience. We may earn affiliate commissions from buying links on this site.
Read Next
Samsung Galaxy Fold 4 Tips and Tricks: Get the Most Out of Your Phone
#galaxy f41 #samsung