Over the course of the week, WhatsApp has pushed updates to introduce new features. First, it brought in a new storage management tool — to offer a better way to manage storage; a day later, yesterday, it started rolling out disappearing messages — that disappear after seven days. And today, it is bringing one of the most-requested features of all time, WhatsApp payments, to users in India. Here’s what you need to know about WhatsApp’s payment service. 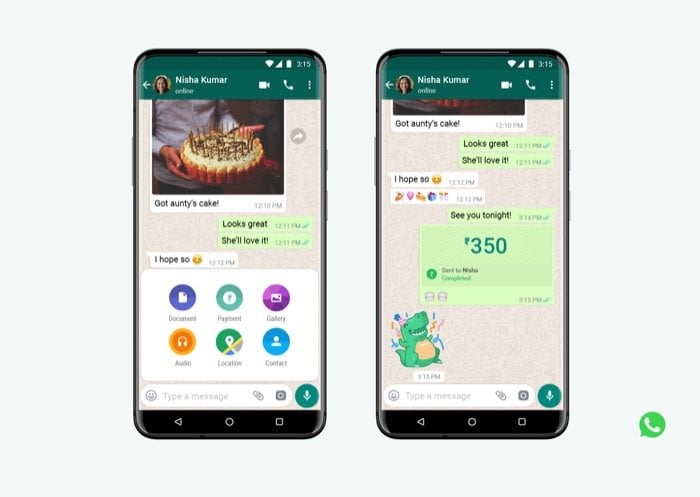 To give you some background, WhatsApp first started testing out the payment system in India back in 2018. But, it ran into regulatory issues soon after, raising concerns related to user data and the likes. However, as of yesterday, when NPCI (National Payments Corporation of India) — an organization responsible for UPI (Unified Payment Interface) infrastructure — announced that it granted WhatsApp the approval to roll out their UPI-based payment service in the country, WhatsApp subsequently, without any delays, today announced the rollout of the service to users in India.

WhatsApp payments is built on top of UPI, which is used by major payment platforms in the country like PhonePe, Google Pay, and Paytm. UPI is a real-time payment system that enables instant payment settlements between two bank accounts. With WhatsApp payment, users are required to have a bank account and a debit card to be able to send money. To facilitate the transaction, WhatsApp sends instructions to payment service providers (banks) that initiate the transfer of money between the sender and receiver bank accounts via UPI.

As of now, NPCI says that WhatsApp payments will be available to a maximum of 20 million users in the country. To give some context, WhatsApp has over 400 million users in India. The reason behind rolling out the service in a graded manner appears to be a preventive cause to reduce loads on the banking systems. And possibly, also to prevent monopoly. For, in other news, alongside the announcement of granting WhatsApp permission to bring UPI payments in the country, NPCI also said that it will enforce a cap to ensure no payments service processes more than 30% of UPI transactions in a month. 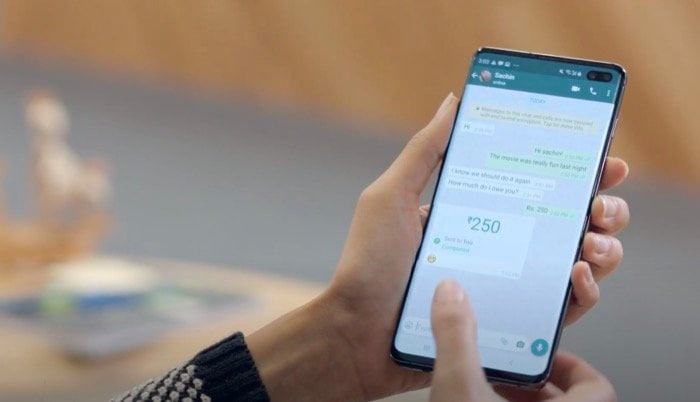 Initially, WhatsApp is working with “five of the leading banks” in India: ICICI, HDFC, Axis, State Bank of India, and Jio Payments Bank. It will be available to both Android and iOS users via a new update. In terms of security, the service will require users to enter their UPI PIN for each transaction they make on the platform. When you get started with the service, WhatsApp will generate a UPI ID for your number, which will enable you to send and receive payments. Since it is UPI based, the maximum transaction limit is Rs 1 lakh per day. But depending on what payment service provider you bank with, the maximum transaction limit varies (but is < Rs 1 lakh).

In addition to end-users, who can benefit from the payments service, WhatsApp is also targeting micro and small businesses in the country to enable them to grow their business. Earlier this year, Facebook purchased a 9.99 percent stake in Jio Platforms to create a big commerce business that revolves around WhatsApp, thanks to its growing commerce feature set, which enables small businesses to leverage the platform to promote and sell their goods. And by introducing payments to the platform, Facebook aims to help more businesses by offering them a unified platform that also allows payment settlements.

Related: What is UPI Lite and How to enable it?

Was this article helpful?
YesNo
TechPP is supported by our audience. We may earn affiliate commissions from buying links on this site.
Read Next
What Is WhatsApp Call Link? How to Create a WhatsApp Call Link
#UPI #WhatsApp #whatsapp payments