The Realme 8 Pro might have got all the attention – these Pro Bros always do – but looming in the background was the more affordable Realme 8. The phone might not have got the 108-megapixel sensor and Snapdragon 720G chip that its Pro sibling has, but its lower starting price could make it a very viable option for a number of consumers. 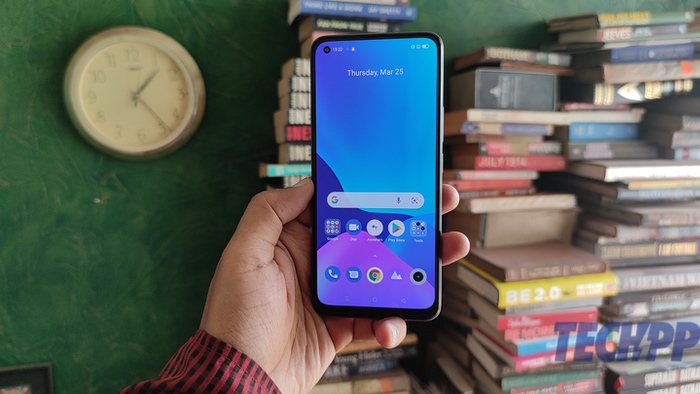 An infinitely bold design that dares to peep at large fonts!

Its appearance however will divide people just as much as the Realme 8 pro. The “infinite bold” design with the words “Dare to Leap” placed vertically in a large font on a band on the dual-tone back is not going to be to everyone’s liking. We got the Cyber Black variant of the device and the words themselves were not always visible and appeared when the phone was tilted at a certain angle. Those words apart, however, we found the design to be following largely predictable lines.

The front is all display with a tiny punch hole notch in the corner and the back is glossy carbonate. In some ways, the back reminds us of the Poco X series and just as in the case of that one, we really have no problems with the material used. It is a little glossy and a bit of a smudge magnet, but there is a case in the box to protect against this. The back houses a quad-camera set up in a square-ish enclosure on the top left. The Realme 8 is a very solidly built phone all said and done, although it has no IP rating. It is a little on the tall side at 160.6 mm but reasonably slim at 7.99 mm and comparatively lightweight (177 grams), when you consider all that it contains.

In comes AMOLED, but the G95 stays! 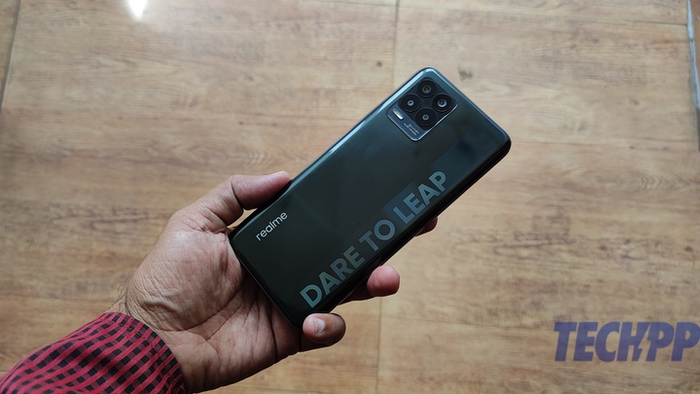 Which gets us to the contents of that rather divisively designed frame. And to a large extent, they are going to evoke mixed sentiments from users. For while Realme has taken some steps ahead from the Realme 7, it also has seemingly taken a few back and has remained steady on some others. One area where it has remained the same has been in its choice of the processor – the very decent MediaTek Helio G95 still runs the show, which is good news for mid-segment gamers. However, unlike the Realme 7, which had a minimum of 6 GB RAM, the Realme 8 starts with a surprising 4 GB. Storage options, however, have been increased – the 7 started with 64 GB, but all Realme 8 devices have 128 GB of storage! The dedicated microSD card has been retained. 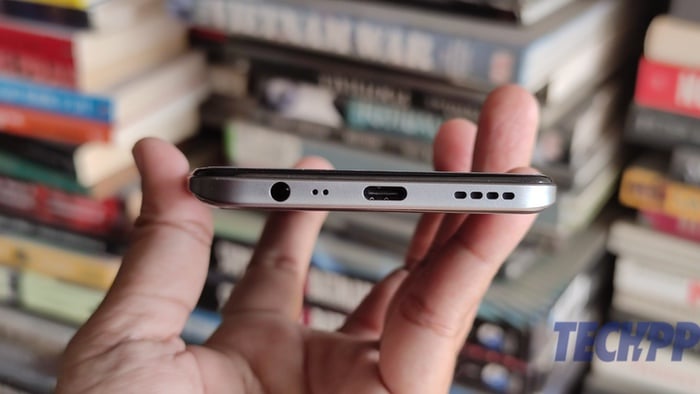 The display of the Realme 8 is a fascinating step forward and step back routine too. The Realme 8 actually has a smaller 6.4-inch display as compared to the 6.5-inch one on the Realme 7. However, it remains a full HD+ one and significantly is now a bright, colorful Samsung Super AMOLED display. But again, on the flip side, its refresh rate is down to a more normal 60 Hz from the 90 Hz on the Realme 7. There is also now an in-display fingerprint scanner.

Not 108 megapixels, but still decent cameras and a big battery 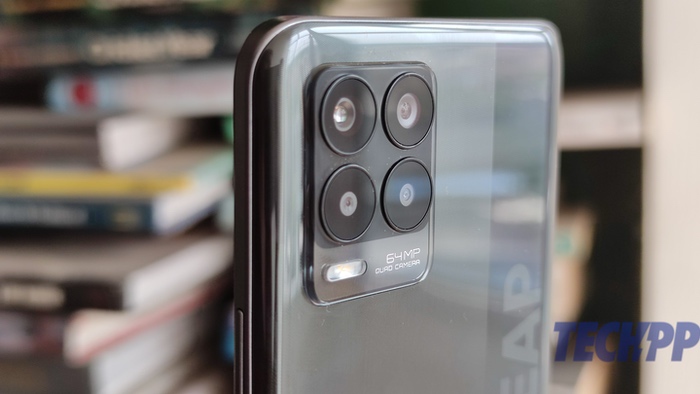 The camera arrangement remains largely similar – a 64-megapixel main sensor (although we do not know if it is a Sony IMX 682 as in the 7), backed up by an 8-megapixel ultrawide sensor, a 2-megapixel depth sensor, and a 2-megapixel macro sensor. This might not be the 108-megapixel monster on the 8 Pro, but Realme has added a number of shooting options to it including Starry mode, a new Tilt-Shift mode, Neon portraits, Dynamic Bokeh, and a whole lot more. The front camera remains a 16-megapixel Sony IMX 471 one but has a smaller f/2.45 aperture as compared to f/2.1 on the 7.

The battery remains a 5000 mAh one, and as in the case of the Realme 7, there is a 30W charger in the box with support for Dart Charge to top it up speedily. Connectivity-wise, you still get 4G, Wi-Fi, GPS, and Bluetooth. The 3.5 mm audio jack remains firmly in place too. A welcome change is Realme UI 2.0 (with more than a hundred customization options) on top of Android 11, making this one of the first Realme phones to come with that interface right out of the box.

Going up against that familiar rival 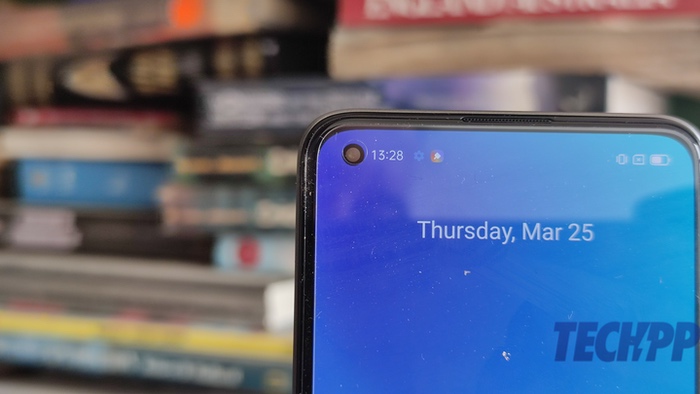 Was this article helpful?
YesNo
TechPP is supported by our audience. We may earn affiliate commissions from buying links on this site.
Read Next
Realme GT Neo 3T Review: An Easy Recommendation but Not at MRP
#First Cut #First Impressions #Realme #realme 8