The Poco X3 Pro is the first phone in the country to come with the Qualcomm Snapdragon 860 processor.
The processor makes the phone easily the best gaming device in its segment and gives it a massive edge in performance terms over the competition,
Yes, it looks like the Poco X3, but beneath the familiar surface is the soul of the Poco F1 – a flagship-level processor.

The mid-segment. It is the middle ground. The space between the top floor and the basement. And it generally is the space for compromise. A bit of this, a bit of that. You rarely see extremes out here. This is not the space for something too exceptionally good or bad. That is why it is called “mid,” which is short for “middle.” It is a region that is more about being average and slightly above average at best. Where “for the price” is almost always suffixed to anything that is called superb or good. 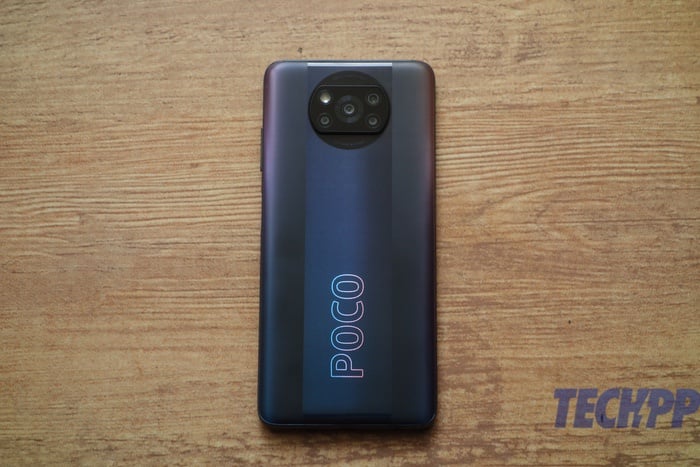 Does the Poco X3 Pro belong here? That is an interesting question.

Let us get some things clear: the Poco X3 Pro is a mid-segment phone in many regards. It has the sort of display (full HD+, 6.67-inch) that is a staple mid-segment, and even its 120 Hz refresh rate is no longer something you see only in premium segment devices. The 48-megapixel main rear camera and quad camera arrangement is something that we are seeing even in phones around Rs 12,000 – 108 MP seem to be the new IN thing in the Rs 15,000-20,000 range. So is the 5120 mAh battery and the 33W fast charging – heck, we even have seen some larger batteries (one from Poco itself – in the X3) and some faster chargers around Rs 15,000.

A few months ago, its stereo speakers would have surprised mid-segment users, but those too (two?) are becoming mainstream (praise be!). Its design is a smart one but again very mid-segment – tall, display, dual-tone back (plastic this time) with a large logo (those are becoming the rage in the mid-segment, ask those who Dare to Leap!). In sum, in many ways, the Poco X3 Pro is a typically Rs 15,000-20,000 device, reasonably well-specced, that gets some elements that were earlier seen at higher price points (high refresh rates, splash resistance, stereo speakers) while hanging on to “basic necessities” seen at lower prices (3.5 mm audio jack, big battery, 4G).

…except for ONE thing! 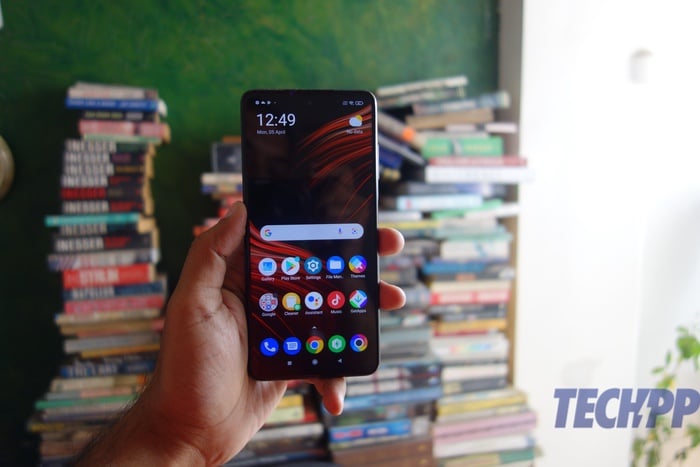 There is however one thing about the Poco X3 Pro that is utterly NOT mid-segment. And that is its processor. The Poco X3 Pro is powered by a Qualcomm Snapdragon 860 processor (the first device in the nation to run on that chip) and comes with 6 GB and 8 GB of RAM as well as 128 GB of UFS 3.1 storage. That chip is basically a step ahead of the 855 series which was seen on a number of flagship devices in 2019-2020. Yes, it is a step below the current flagship favorite, the 888, and also the 870, but make no mistake, it is cut from a very different cloth from the Snapdragon 700 (720, 730, 732, and 765) series devices in the mid-segment and is several levels above them in terms of performance.

Mind you, this will not be evident if you stick to normal tasks like social networks, minor image edits, watching videos, browsing, messaging, and mail. Switch to the world of high definition gaming, however, and the difference literally jumps out at you. Unlike other devices in the segment which tend to cut a few corners and opt for lower settings and even lag a little from the time when running games like Call of Duty, Asphalt, and Iron Blade, the Poco X3 Pro runs them effortlessly at maxed-out settings. Loading times are lesser and lags are missing. And there are no heating issues either. This is a phone that sails through high-end gaming and indeed, can claim to be the best budget no-compromise budget gaming smartphone in the market. The stereo speakers aid its cause. 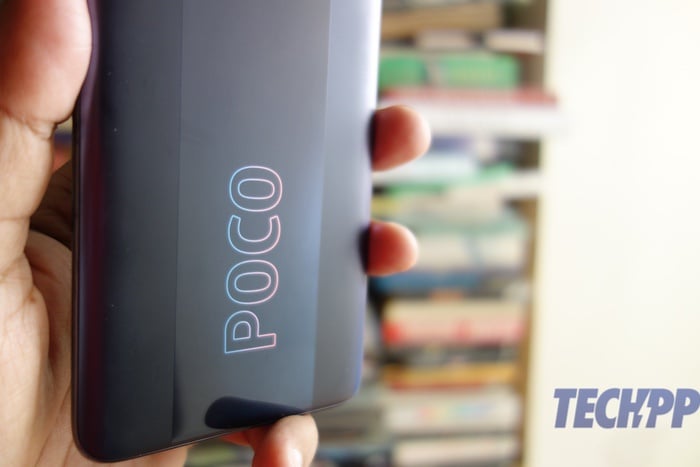 That processor makes its presence felt in heavy-duty tasks also. So if you are looking at editing videos or doing some detailed image editing on your phone, the Poco X3 Pro will again fly through them at a speed that no other “mid-segment” or even “premium-mid-segment” device does.

Does the mid-segment stuff well too

If the processor-related performance lifts the Poco X3 Pro into a near-flagship zone, its other components deliver a very competent performance. Some would have preferred an AMOLED display (given the fact that the Redmi Note 10 series sports them), but the 6.67-inch full HD+ display does a very good job in displaying content and text. And the 120 Hz refresh rate can change depending on the kind of content being shown (a trick the Note series does not have), which saves on battery. Battery life itself is superb – even with a few hours of heavy gaming, we easily got a day of usage, and a day and a half if we stuck to more routine tasks. The 33W charger in the box gets the phone from 0 to 100 in slightly more than an hour, which is again very good. 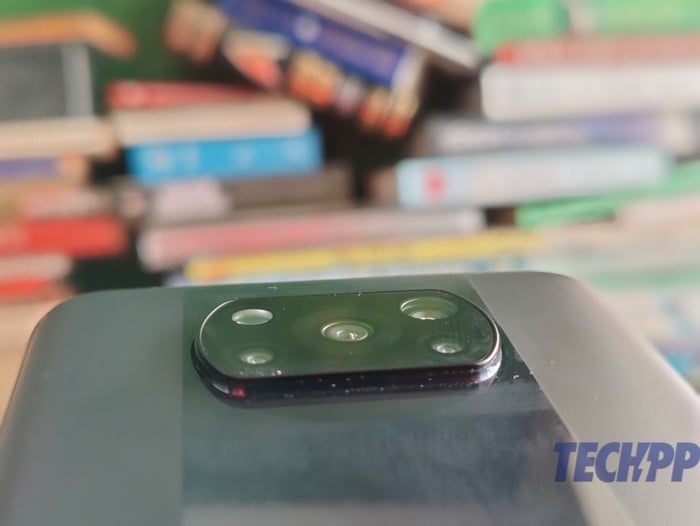 The quad-camera arrangement at the back, which features a 48-megapixel main sensor, an 8-megapixel ultra-wide sensor, and two 2-megapixel cameras for macro and depth, turns in a very good performance. It does not deliver as bright colors as we have seen from some cameras in this price segment but serves up a good amount of detail. No, it will not be giving the Redmi Note 10 Pro series sleepless nights, but in good light conditions, it is as good as any camera in the segment. And the faster processing of the Snapdragon 860 makes it easier to edit videos and images on it. The 20-megapixel selfie camera is surprisingly good, though, especially in portraits. Videos are decent in good light conditions. The Poco X3 Pro is not a “camera beast,” but has very good cameras for its price segment. 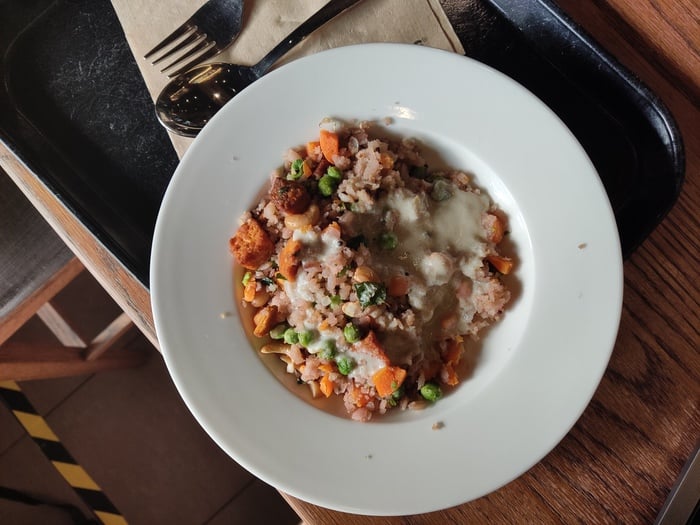 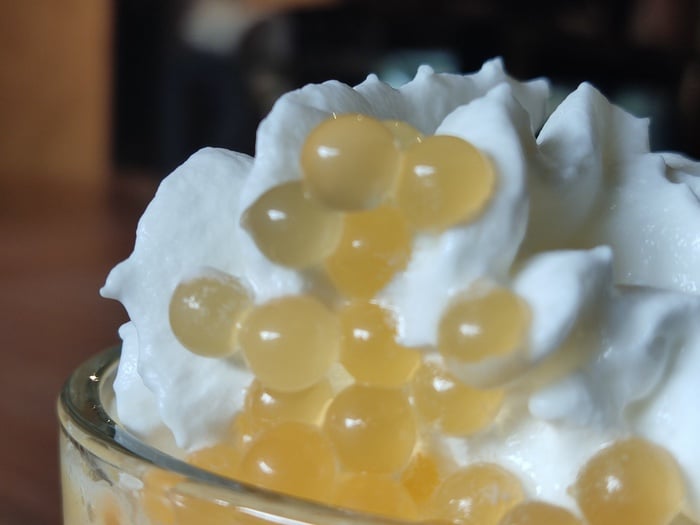 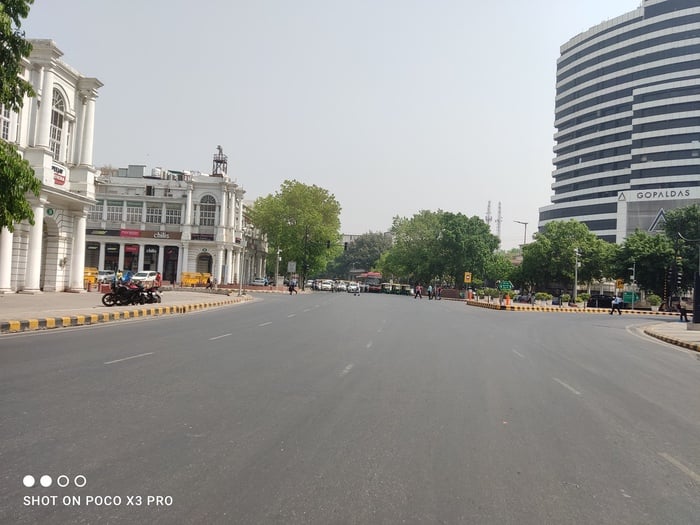 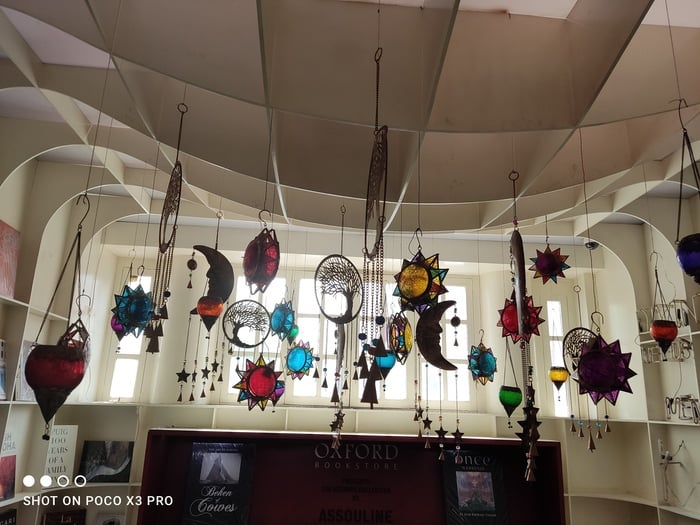 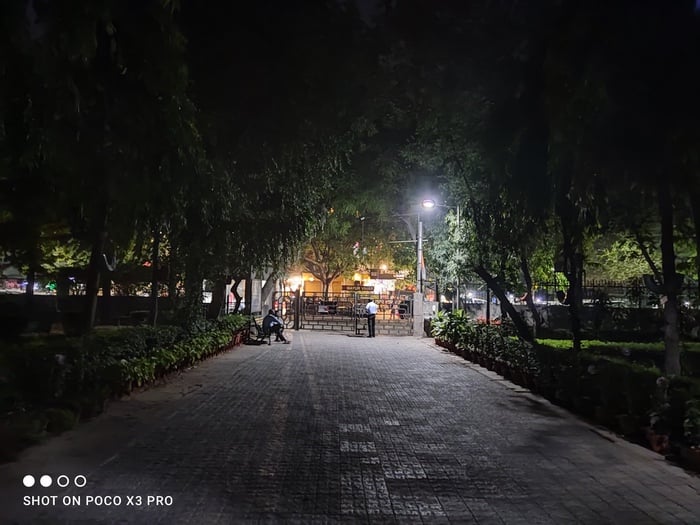 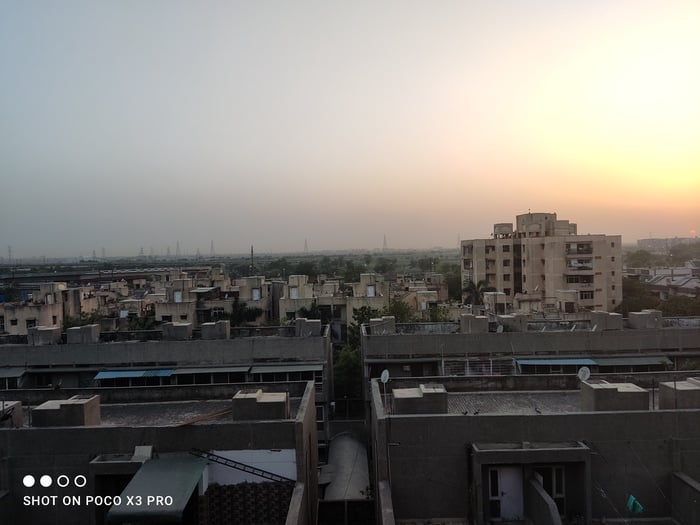 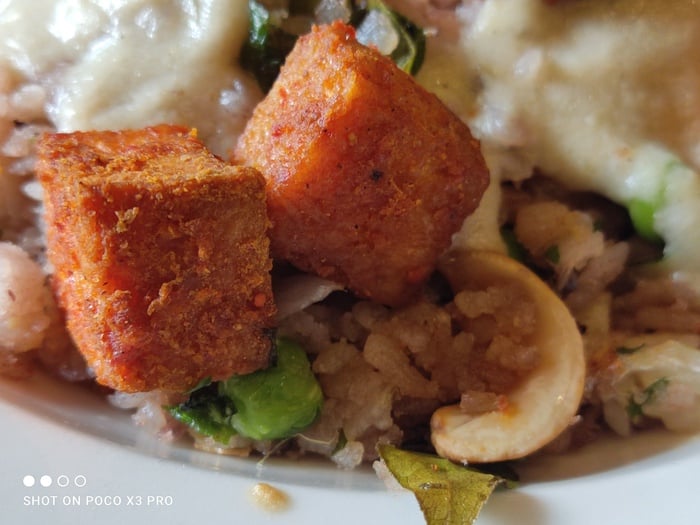 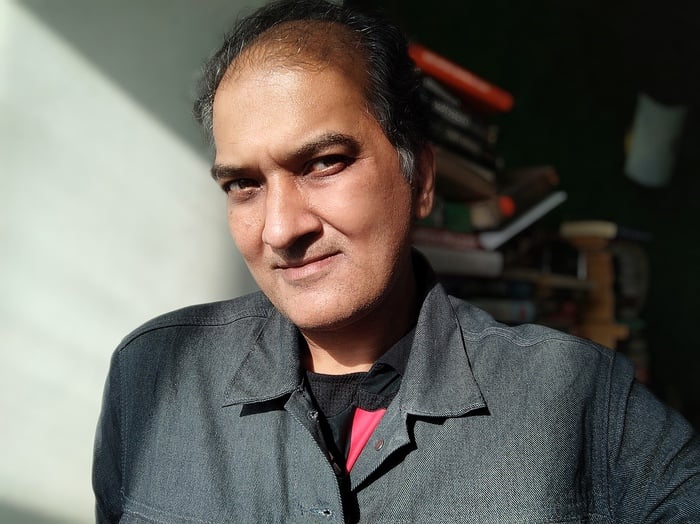 All of this runs on Poco’s ad-free interface running on MIUI 12, which itself runs on Android 11. And it all runs very smoothly indeed. Yes, the design of the Poco X3 Pro might not be to everyone’s taste and some might find the phone a little too large and heavy (more about it here), but this is a phone that ticks all the mid-segment boxes comfortably. You get everything that you would expect in a good mid-segment device. And THAT processor.

The soul of the Poco F1 indeed!

In our first impressions of the Poco X3 Pro, we had said that the phone combines the body of the Poco X3 with the soul of the Poco F1. And well, that statement holds true. When it comes to processor-driven performance, we would say that this is perhaps one of the most powerful phones (if not THE most powerful one) in the sub-Rs 30,000 segment in the market right now. If you are looking for a powerful processor or a phone for high-end gaming on a tight budget, then this is perhaps the best option out there at its starting price of Rs 18,999 (6 GB/ 128 GB), with the 8 GB/ 128 GB variant available for Rs 20,999. 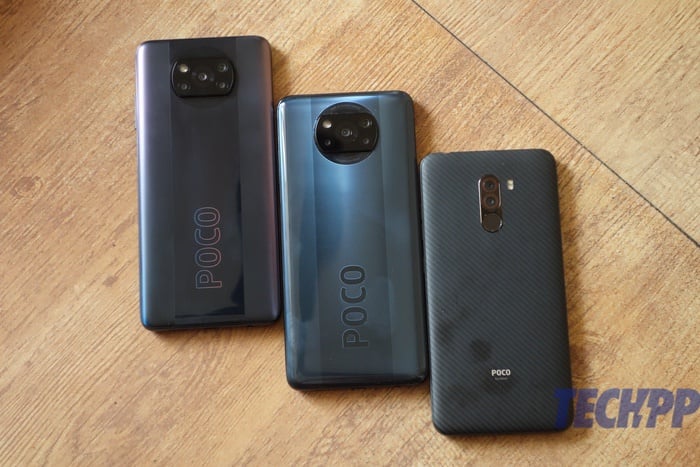 Its biggest challengers, obviously, are the Redmi Note 10 Pro Max which starts at Rs 18,999, and the Realme 8 Pro, which starts at Rs 17,999, both of which bring a 108-megapixel camera and AMOLED display to the battle. Both, however, also come with processors that are very mid-segment (the Snapdragon 732G and 720). And it is this that places the Poco X3 Pro in a zone of its own. It is an exception in a segment where being good enough is…enough.

It is a shark in an ocean of mid-segment mediocrity.

Review Overview
Was this article helpful?
YesNo
TechPP is supported by our audience. We may earn affiliate commissions from buying links on this site.
Read Next
iQOO 11 5G Review: Does It End Your Quest for the Ultimate Smartphone?
#Poco #poco x3 pro #review