The latest and greatest version of the Microsoft Windows operating system is finally here, and a lot of users have already upgraded to Windows 11 on their PCs to experience the brand new features and improvements.

However, when Microsoft unveiled the first preview of Windows 11 back in June 2021, the company promised Android app support. This excited many users, but unfortunately, Windows 11 still does not support Android apps (not even in its beta build). 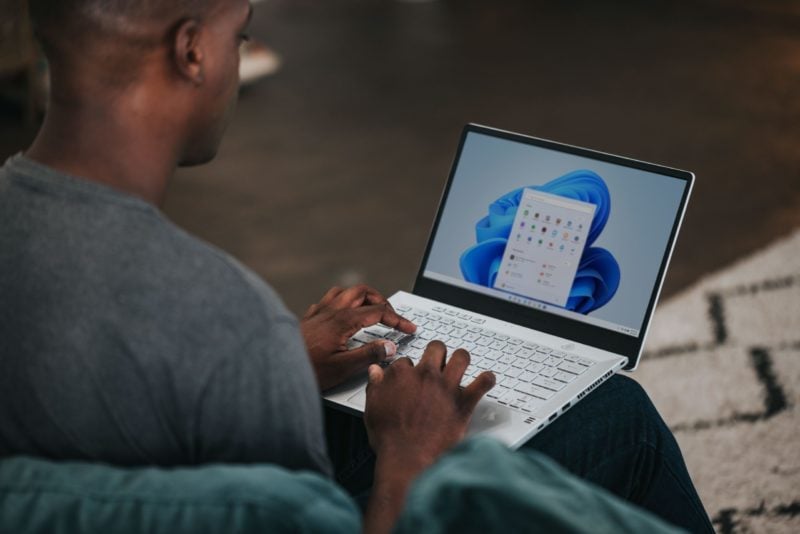 Nevertheless, installing third-party applications on Windows has never been a problem. That’s why today, we have compiled a list of the best Windows 11 apps that you should definitely try in 2021. Most of these apps can be downloaded from the Microsoft Store app on your Windows PC, but they can also be installed directly.

And no, we are not talking about popular apps like Microsoft Teams, Google Chrome, and Firefox, but some less popular but really helpful third-party apps that will enhance your Windows 11 experience.

The Best Windows 11 Apps are:

So what are we waiting for? Let us take a detailed look at them now.

In Windows 10, users could choose between three different presets: ” Better battery,” “Balanced,” and “Best performance.” In addition, there was also the option to set different presets for operation in the network and at the wall socket.

In Windows 11, these options are still present, but the flexibility has been put a damper on. For example, users cannot set different presets for battery operation and plugged-in operation.

This is where Battery Mode comes in. The app is easy to download and use. After installation, the user can choose between 5 different presets, from battery saving to best performance.

The slider under the presets also lets you easily control the battery level – definitely a must-have app for Windows 11. 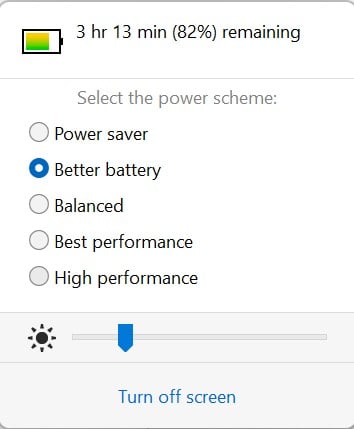 While both Android and iOS have an automatic dark mode toggle from sunrise to sunset, Windows 11 lacks it.

Auto Dark Mode is supposed to fix this problem once and for all. As the name suggests, the app lets you set a custom timer for a dark mode without having to go into the Windows 11 settings and do it manually.

And you guessed it right, there is an automatic sunrise to sunset option.

Is there anything more the app can do? Well, undoubtedly, yes. You set the UI to work in light mode and separately set a dark mode for apps and vice versa for light mode.

As we know, the dark mode saves the battery to a certain extent; the app can automatically switch to the dark mode when it is unplugged. How cool is that! 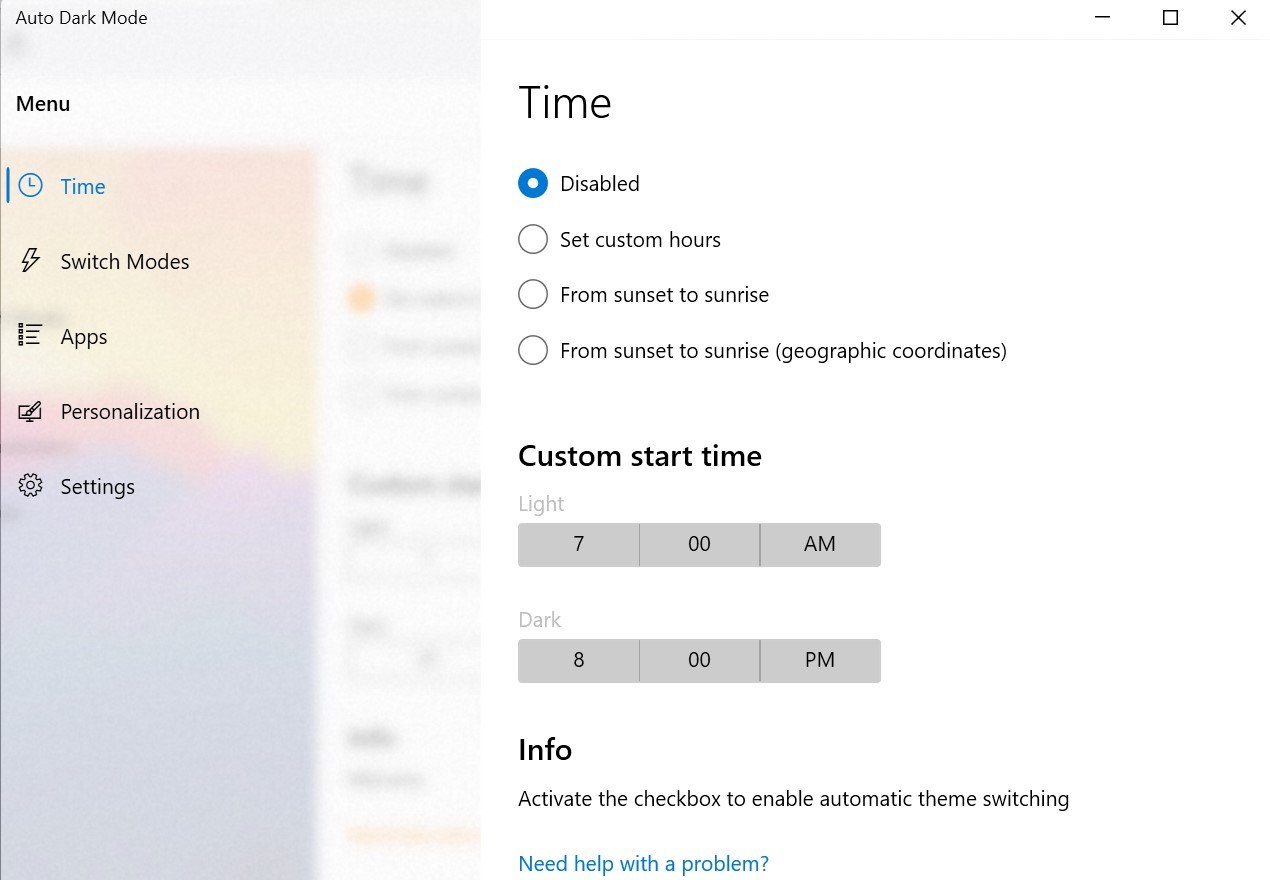 With Windows 11, Microsoft has specifically optimized the file manager to improve usability. However, this made some settings unnecessarily complex, and besides, the file manager has never been known for its flexibility.

One Commander is an alternative solution for the Windows 11 file manager. Downloading and setting up the app is pretty simple without much fuss and is also by far one of our favorite Windows 11 apps.

During setup, you get a variety of options. For example, you can choose from five different themes, customize the taskbar layout, and also select a macOS- like file manager layout.

I use the macOS layout and am thrilled with its flexibility, which makes working with multiple files a breeze. 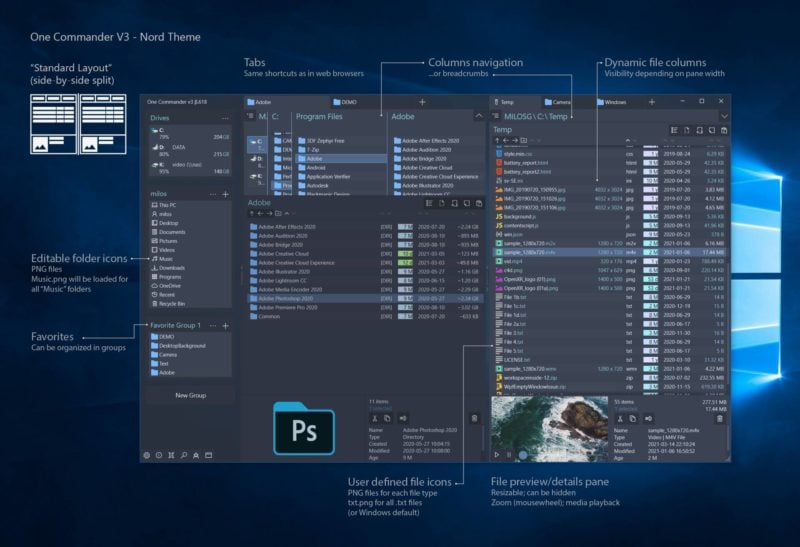 Want to take your Windows 11 experience to the next level? Want the macOS-like Spotlight search feature in Windows? Then look no further. PowerToys is an excellent app for all these improvements..

First, the app enables the Spotlight search option like MacBooks, but on a Windows 11 machine. This is extremely handy when you want to search for a file or launch an application in the fastest possible way.

Let us say your boss comes up to you while you are playing solitaire, and you want to launch Excel ASAP, so he does not catch you playing. (Editor’s note: Ha! You wish!)

Another exciting feature is “Awake.” As the name implies, the app lets users keep their screens awake and prevent them from going into hibernation without tinkering with Windows 11’s settings.

This can be very useful in some scenarios when running an important task or installing a game and the like—certainly, an app to try out on Windows 11. 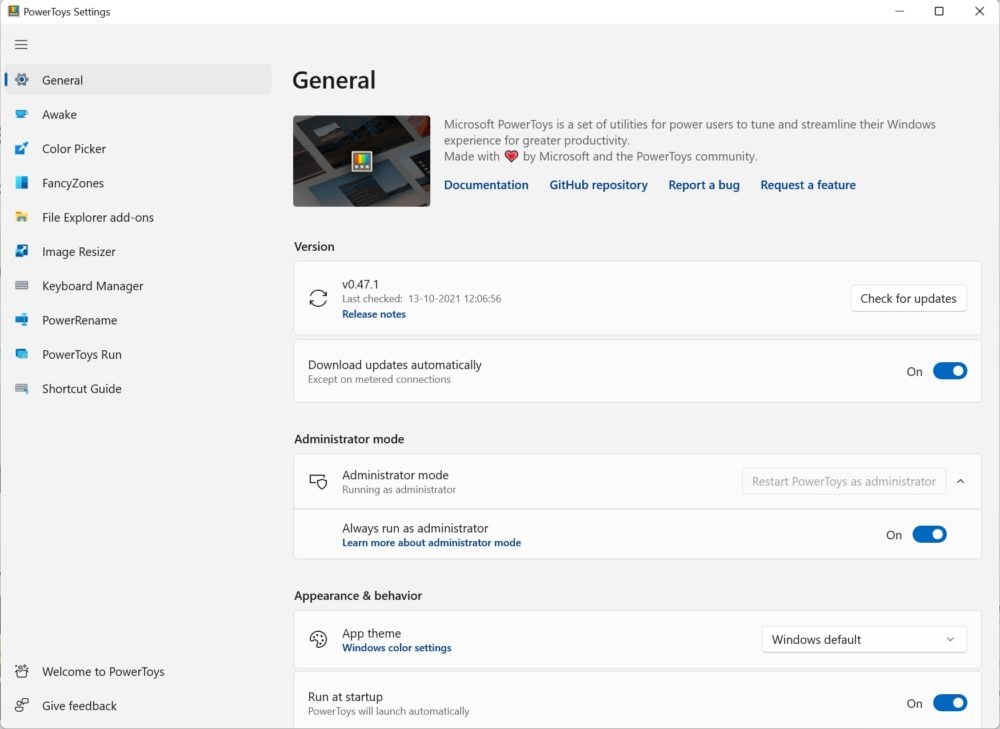 One of the biggest visual changes in Windows 11 was the new Start menu. In addition to moving the taskbar to the center of the screen, the Start menu was also moved.

However, many users might not be fans of the new layout and prefer the Windows 10 Start menu instead.

Start11 attempts to bring the Windows 10 layout to Windows 11 without requiring you to go back to Windows 10. Not only that, you can customize the Start menu to suit your style. 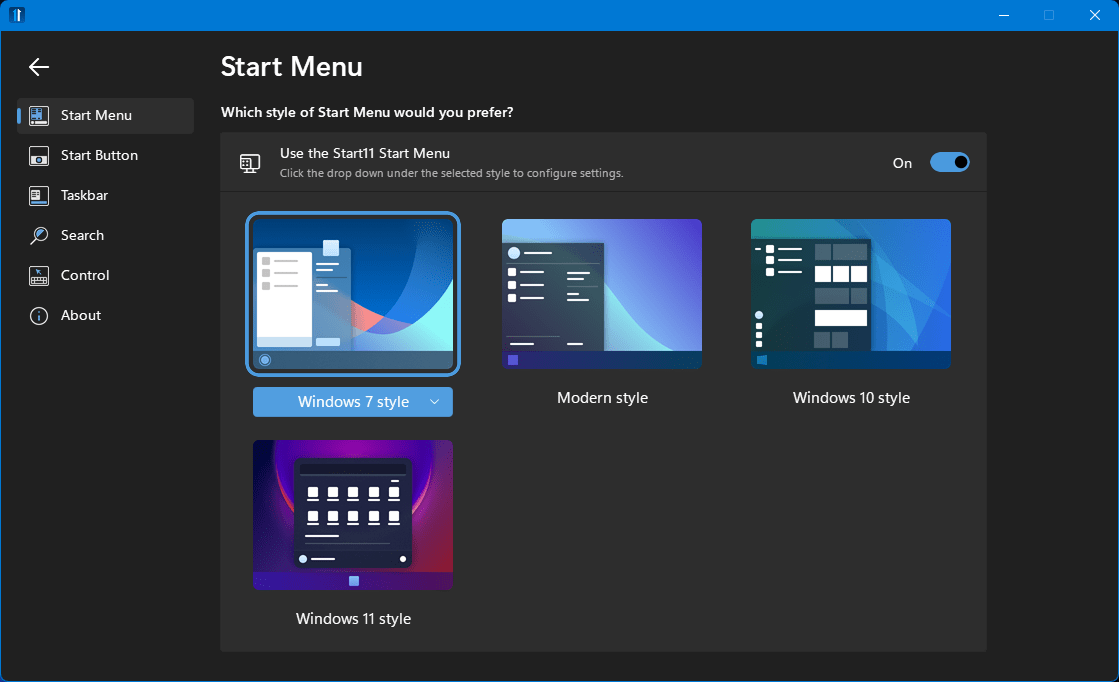 For many users, Microsoft Office plays an important role in their daily lives. But as we all know, it requires an Office subscription for a seamless experience.

So how about I tell you that there is an alternative to Microsoft Office that works the same way and does not mess up the alignment?

Libre Office is the key to that door. This open-source project is by far one of the best alternatives to Microsoft Office.

It includes all the popular office tools like Word, PowerPoint, Excel, and others. And do not worry, it uses the same file format as Microsoft Office, so opening files will not be a problem.

Some may wonder why you even need a third-party app for screenshots when you already have the snipping tool? But get ready to be blown away by the flexibility ShareX offers. Once installed, users can customize a number of hotkeys for different types of screenshots.

You can even add your own hotkeys according to your preferences. Besides, after taking screenshots, you can easily upload them to Imgur to share them with others. 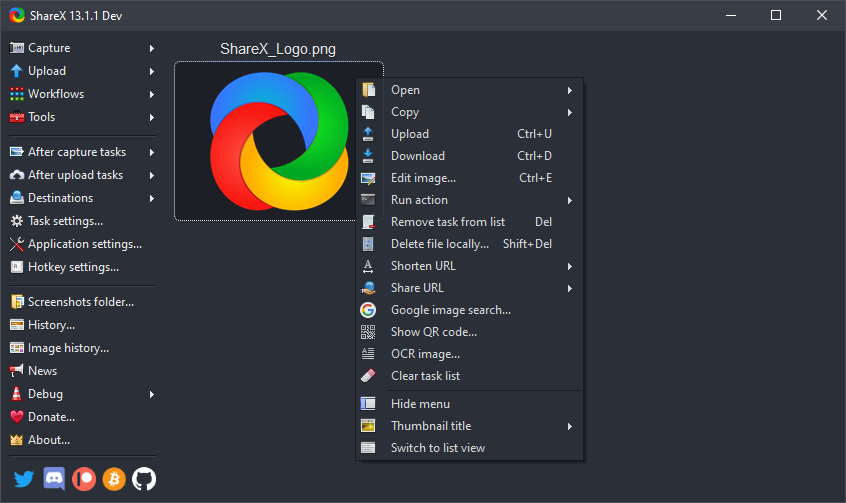 It is known that Apple’s Airdrop works seamlessly between Macs and iPhones. On the other hand, Windows has not had such a feature for some time.

We found such an app that allows you to transfer files from your Android smartphone to your PC efficiently. KDE Connect is a simple, straightforward app for sharing files between PC and smartphones.

All you need to do is install the app on your PC and smartphone; using it is no problem. Just make sure that both devices are on the same WiFi network, and file transfer will go smoothly. In fact, a helpful app on the list. 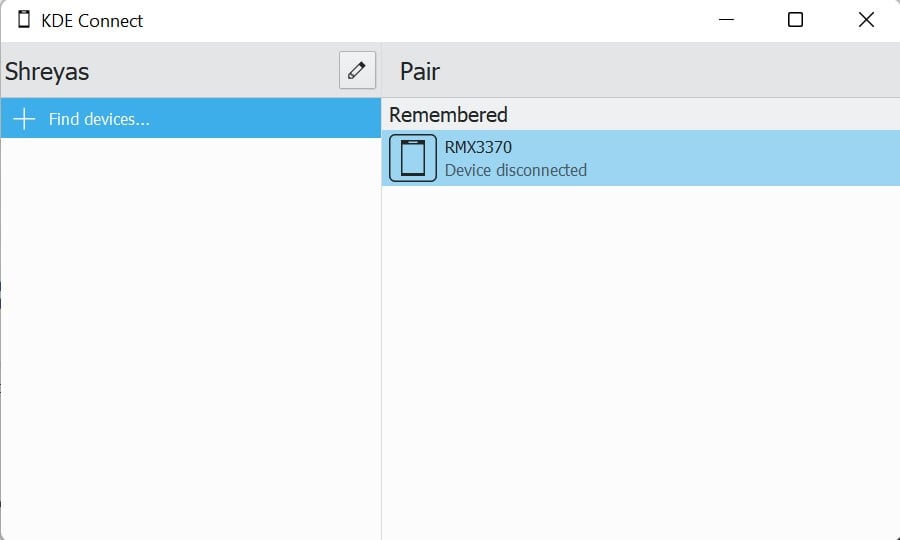 I am sure that you, too, have experienced a scenario where you have downloaded a large file, and suddenly the download is interrupted for some reason, and all the progress is lost. Very annoying, is it not?

Once installed, users can manage all their downloads systematically, which makes it really useful. It also lets you pause downloads halfway through and resume them at a later time. In case of a power failure, the download will even stop automatically to save the progress.

The app developer also claims that IDM can increase download speed by five times with its segmentation technology. Users can try the app for free for 30 days, after which they will have to pay $24 for a lifetime subscription. 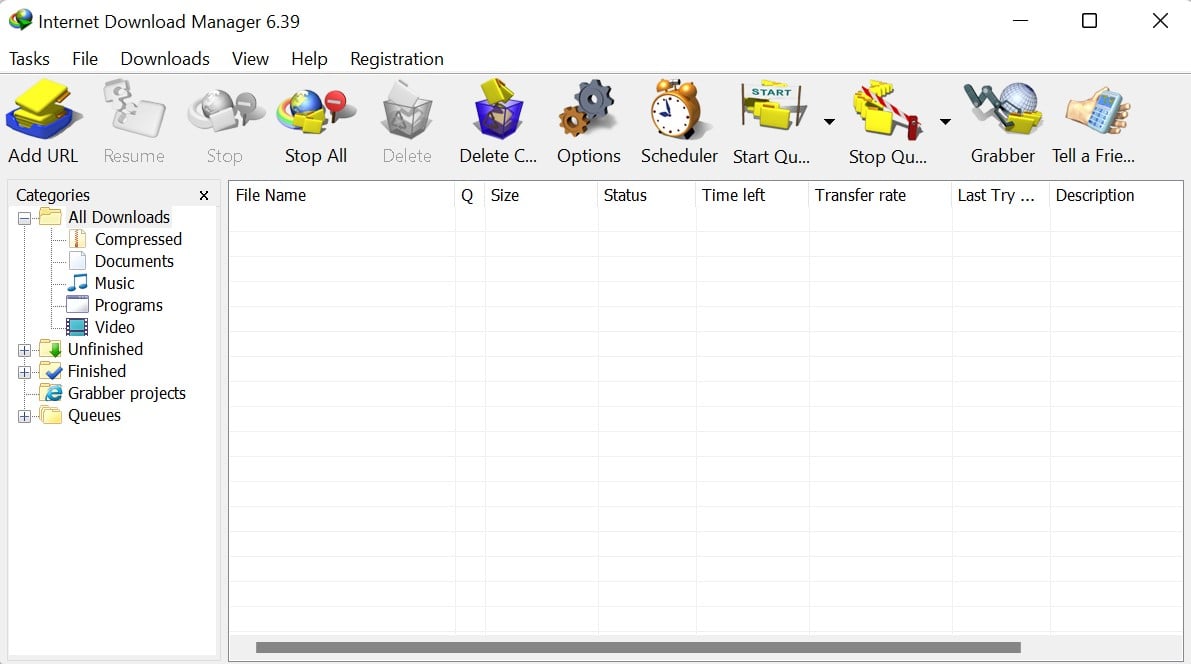 The Windows Photos app has come a long way but is still comparatively slow when loading pictures. Also, the editing options are quite limited, making it cumbersome for a few users. The Irfan view is an excellent alternative to the standard Photos app.

Unlike the default app, the images here load in no time. The editing options are also excellent, plus it can convert media files, which is a bonus. You should definitely try it out for yourself sometime.

The 11th app for Windows 11 (get the reference?!) is called Franz, and it’s one of my favorites. Basically, the app combines all the popular social media apps under one roof. Whatsapp. Instagram, Slack, you name it, are all supported.

This means you no longer have to open multiple tabs in Chrome to access each social media individually. Plus, juggling between all these mediums simultaneously is a breeze.

A must-have for anyone who needs to interact with multiple social media platforms at once. 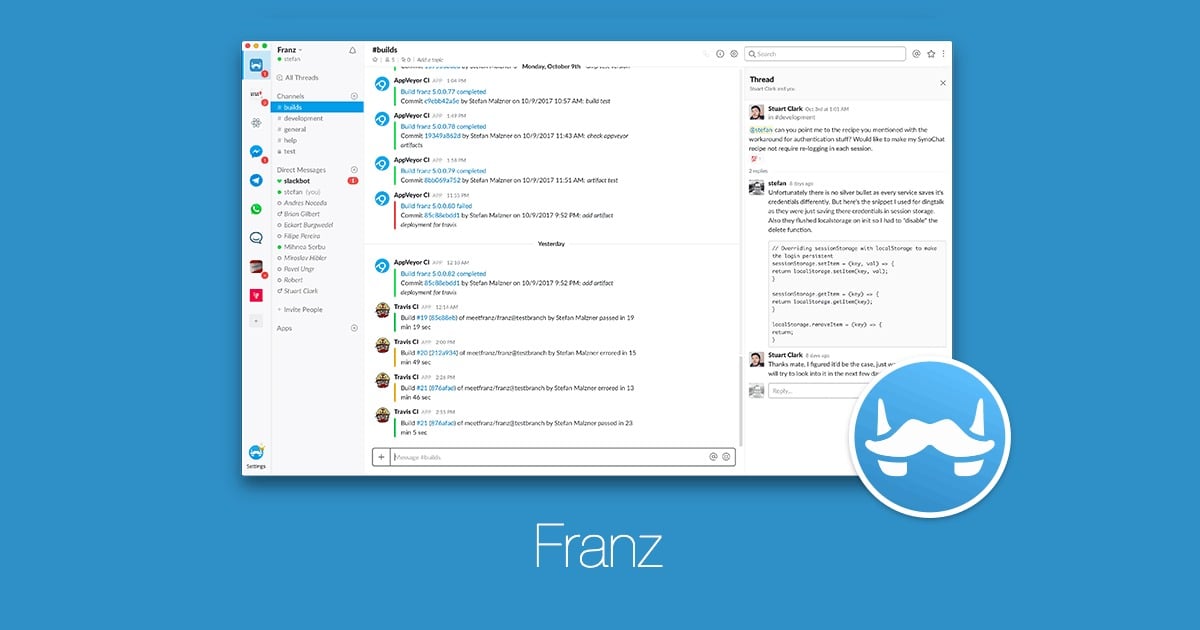 Yes, most of them should work just fine on Windows 10, and developers ensure backward compatibility for the apps.

2. What is the best video player for Windows 11?

Our pick for the best video players is the VLC media player. It is one of the oldest and most famous players out there and is free to use. However, the most significant advantage of VLC is it right out just works without creating a fuss.

3. Are all the mentioned apps free to download and use?

To some extent, yes. While most apps are free to download and use, you might need to pay for a few. But these apps offer free trials, so you pay only if you find the app useful.

6. How to install Android apps on Windows 11? 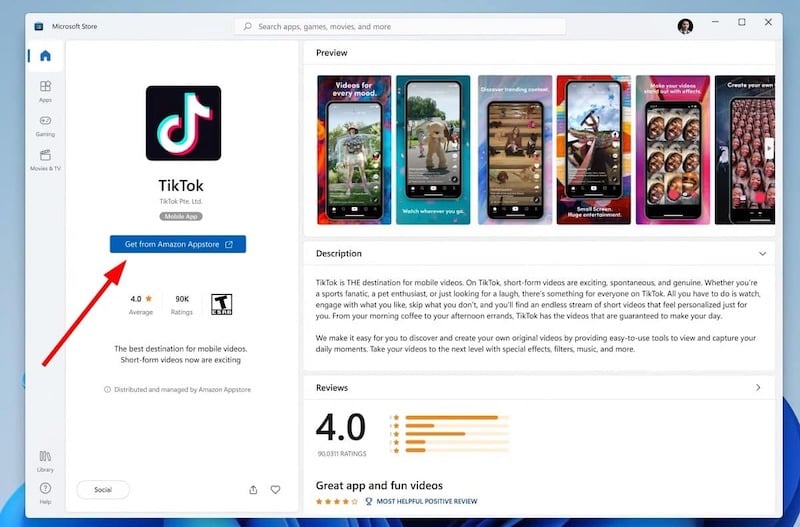 From what we have seen in the previews, two app stores will run in parallel.

There are two ways to update Windows 11 apps installed through the Microsoft Store: manually and automatically. For a manual update, open the Microsoft Store, select Library in the bottom left corner, and then select Get Updates to install all available app updates. You do not need to worry if you have automatic app updates enabled (found in App Settings).

For the apps you installed outside the Microsoft Store, go to the Help menu of the app’s settings menu and check for updates. If there is an option for automatic updates, turn it on.

Was this article helpful?
YesNo
TechPP is supported by our audience. We may earn affiliate commissions from buying links on this site.
Read Next
How to Sideload Android Apps on Windows 11
#Best Apps #microsoft #powertoys #windows 11 #Windows 11 Apps